I've fallen into a routine of trying to update the blog at least once every two days, and I don't quite get how I end up having busy days and late nights every time I need to post something. Guess I gotta work on my timing. Still, the show must go on… 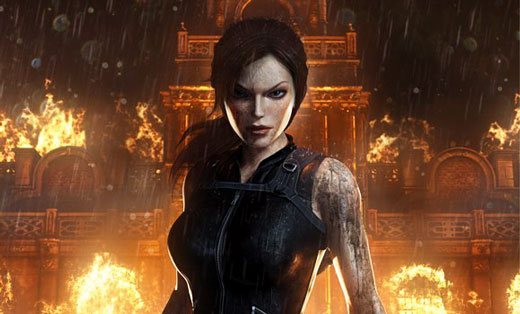 Started playing the new Tomb Raider Underworld DLC today, titled Lara's Shadow. In a neat twist, this time around players take control of the evil doppelgänger that's been causing Ms. Croft so much trouble, and I must say it's rather entertaining.

I didn't have very much time to spend with it so I'm reserving final judgment, but in the little bits that I saw, I was really intrigued by the tweaks. For example, this "evil" Lara scrabbles up craggy rock like a lizard instead of the careful ascension we're used to. She also leaps further, and has much more physical strength, attacking enemies with punches and kicks instead of the usual "shoot and circle-strafe" routine that has been par for the course since Tomb Raider’s inception. It's pretty cool, really… the energy level seems higher, and there's more of an edge to the character.

I hope this particular piece of content isn't over too soon because in all honesty, it's the most interesting thing about the entirely unimpressive Underworld experience. 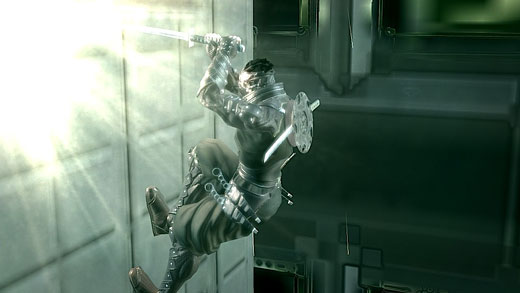 I've been keeping an eye on Ninja Blade, and to be frank, it hasn't looked very interesting. Giving off sort of a cheesy, Ninja Gaiden-ish vibe, I wasn't sure what to make of it… until I played the demo today. Available on Live, I've got to say that it really knocked my socks off. The action was completely over-the-top and really cinematic, thanks to a very liberal application of Quick-Time Events.

The playable segment starts with a group of ninjas jumping out of an aerial transport without parachutes, killing creatures on the way down. After a brief bit of straightforward swordplay, there's crazy wall running away from a gigantic monster, a completely vertical (heading downwards) section on the outside of a skyscraper, and the demo wraps up with a boss battle against a spider the size of a football field. I won't spoil the way it ends, but it certainly wasn't what I expected, and I mean that in the best possible sense. This demo really served its purpose and got me to sit up and pay attention in a way that I haven't been motivated to before, so kudos to From Soft.

One word, though: the character design flat-out sucks. That gimpy, goofy mask has got to go. I'm praying that there are some alternate costumes or something, because seriously… it's not cool.

..about ninja blade’s character design, bleah, the ninja with eyeglasses? the nerd ninja? the WW2 air pilot ninja? come on!