Although I'd never heard of Delirium Studios before this year, it turns out that they've been busy… Not only are we reviewing their work The Rivers of Alice, we also received a code for The Delusions of Von Sottendorff and his Square Mind, out now on the 3DS eShop.

The game is firmly rooted in the puzzle genre, although the visual style might lead one to think it was a bit more of a platformer. In fact there are some light platform elements, but the core of the experience is helping Von Sottendorff navigate the jumbled world inside his brain. 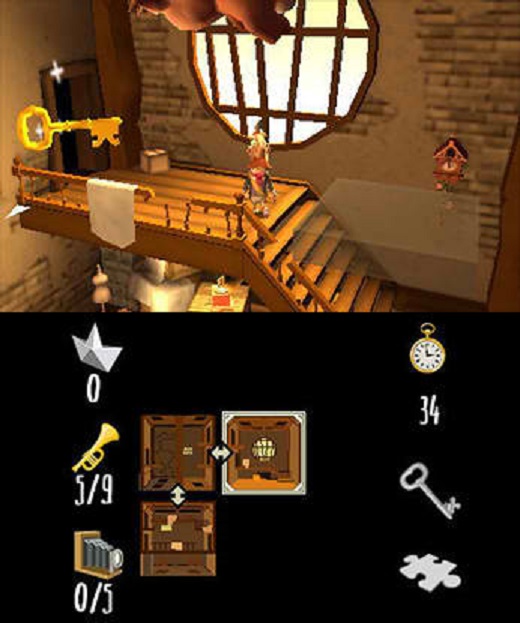 In order to help the main character sort out his mental status, he must make his way through a series of levels that each consist of a series of rooms. The twist is that the rooms are arranged to prevent easy passage between them – some doorways lead to walls, some lead to nothing, some rooms have unreachable balconies, and so on.

By zooming the camera out, the player can rearrange these rooms in sliding block puzzle fashion, with the goal of trying to line them up to let Von Sottendorff get to vital keys and puzzle pieces scattered throughout.

The idea of having movable rooms as the basis for a puzzler is interesting, but my brief time with it left me more annoyed than anything else — everything about the gameplay feels overly fidgety. 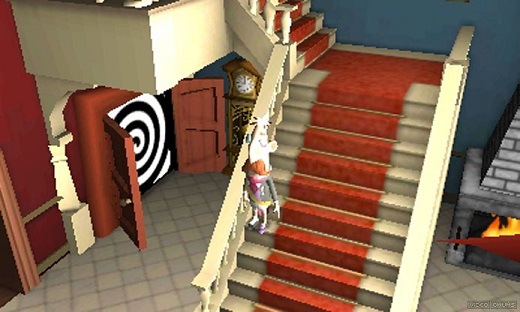 For example, the player can zoom in and out on a macro scale to rearrange the rooms, but they can also zoom in and out on a micro scale to go from the normal room view to a close-up for details of the room the character is currently in. Besides that, each room can be rotated or tilted to let the player see items which are hidden behind other items, to see doors which may not be immediately visible, and so on. It almost feels like camera manipulation is the largest part of the game.

Compounding this, some details are easy to miss unless the player is constantly zooming in and looking around, and the depth of field is difficult to read given how much is crammed into the small screens of the 3DS. Turning on the 3D function helps somewhat, but for players like me who get headaches from using it, playing with the 3D off makes it hard to visually parse the fine details at times. 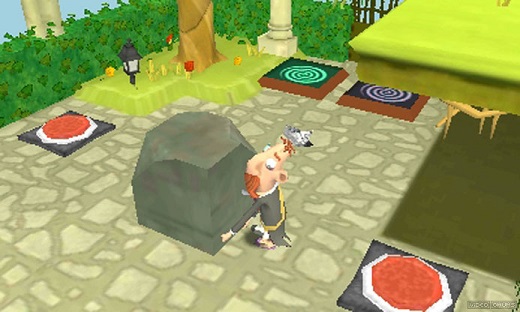 If nothing else, The Delusions of Von Sottendorff and his Square Mind feels absolutely different from anything else I've played on 3DS, and while the requirement to constantly tweak the camera felt like a bit too much work, mindbender fans looking for something way out in left field would do well to check it out.