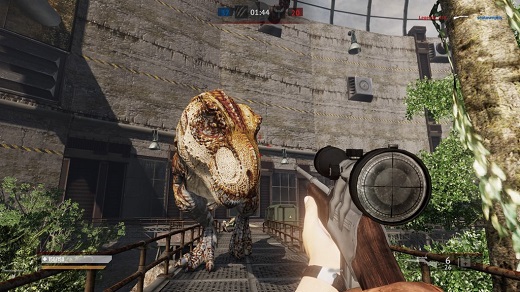 Although some may disagree, I'm personally of the mind that there aren't enough dinosaurs in videogames. We get tons of robots, mutants and aliens, but dinosaurs? They just don't get their due. Primal Carnage: Extinction (now on the PS4 and PC) helps shift those odds just a little bit.

The gist of the game is simple to grasp: humans versus dinosaurs in multiplayer sessions.

On one side, there's group of dinosaurs from the lumbering T-Rex and Carnotaurus, all the way down to the poison-spitting Dilophosarus. It's even possible to take to the skies with a Pteranodon. On the human side, there are five classes including Tracker, Trapper, Scientist, and so on. 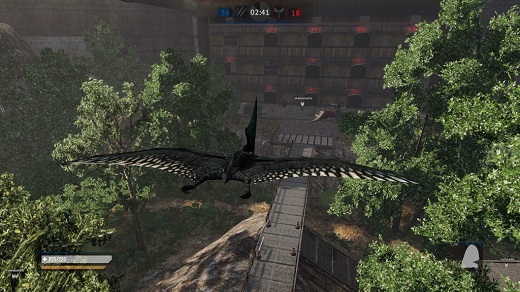 While Primal Carnage: Extinction seems full of possibilities, I have to say that the developers don't really do a lot with it.

In general, each match is a lot of running around and looking for the enemy in typical deathmatch style, although there is one mode called "Get To The Chopper" which is about the humans trying to control a series of points in order to prepare an evac. Even so, the novelty runs out quickly, and there's not much depth to the action.

It's also a concern that there are no bots, no singleplayer content and no campaign, so the quality of play depends on who's online at the time. Overall I'd say that the dinosaurs have the advantage when playing against people who don't know each other, but overcoming a coordinated team of humans is quite difficult. Either way, it all boils down to running around a jungle and killing the other team without a lot of nuance or flair. 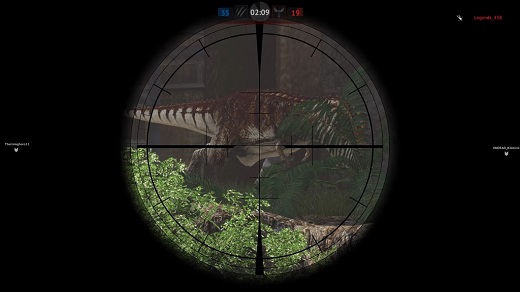 It seems like Primal Carnage is on the right track and there's a lot the devs could do with it, but in its current state it feels a little too shallow for more than an afternoon's worth of chomping and shooting. My six-year-old really digs the dinos, though. Here's a video of him chowing down…

Primal Carnage: Extinction is now available on PC and PS4!