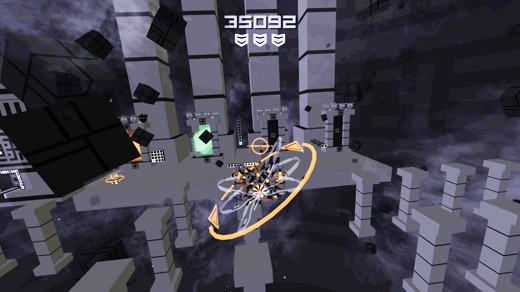 I just got code for a game called Kromaia Omega (PS4) and it's worth a look for fans who like 3D space shooters… Not that there's a whole lot of those on console. This one actually reminds me a bit of Descent, from way back in 1995.

The premise is that the player starts out in an odd-looking spaceship, and there's basically no other information other than someone or something wants revenge. 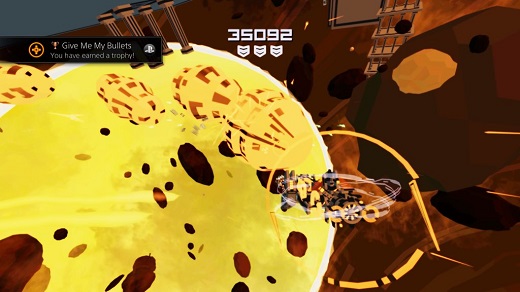 Once things get rolling, the ship is free to fly around 3D space and shoot things, with the end goal of defeating four bosses. Here's a video of me taking down the first boss. I like the feeling of total freedom in space, and the ship is pretty responsive.

On the other hand, it's really abstract in terms of its graphics, and quite disorienting. You might even say that it's visually overwhelming — there can be a lot of stuff on the screen at once, and I found it pretty hard to parse. 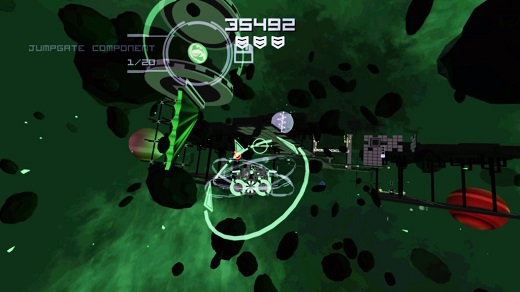 If you're in the market for an eye-melting abstract 3D space shooter… Well, here you go.

It's available on PS4 right now.