So, Prototype came out this week. 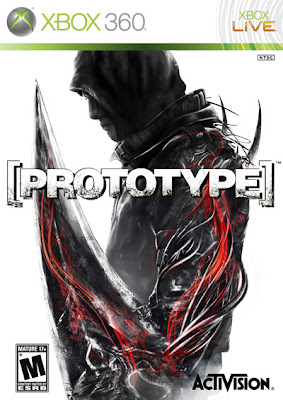 About a month ago, I started getting a serious open-world jones, and being as tight with my discretionary spending as I am, it wasn't really an option to buy both Prototype and inFamous brand-new. Naturally, since both games are basically the same thing in large part, the feverish comparisons began. Which one had more of what I want? Prototype had some killer videos out on the Internet to show the wide range of abilities, but I had total faith in Sucker Punch and have been a fan of theirs since the beginning.

It was a tough choice. 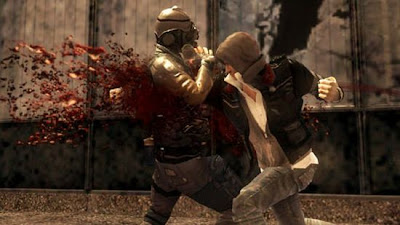 Luckily, thanks to some unforeseen events, I ended up not having to choose, after all. I got my hands on a copy of inFamous on release day, and if you've been following this blog or caught my review, then you'll know that I wasn't really too high on it after watching credits roll. Feeling pretty unsatisfied, it was hard to resist giving Prototype a spin… so I didn't.

I've only put about two hours into the game, but so far I've got to say that it's been a much more rewarding and entertaining experience.

Don't get me wrong, I'm certainly not about to say that it's perfect… it's not nearly as polished as inFamous was. The graphics could definitely use some work, and there's been some goofy clipping among other things, but the core of what's here is just better. For starters, the opening sequence of mayhem and destruction is colossally friggin' epic. Talk about starting a game off with a bang….

Moving on to other aspects, one thing I was really dissatisfied with inFamous about was the weak selection of powers. Not only were there very few, the upgrades weren't very impressive and gave me no motivation to work towards anything. Besides, most of them were basically guns in disguise. Prototype is the exact opposite. In just the few hours I've been playing, I've almost been overloaded with different kinds of powers and upgrades, and the variety is excellent Claws, shields, gliding, vision, airstrikes…. Seriously, there's tons of stuff your character can do. 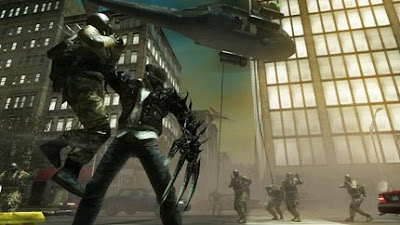 Along with that, I've got to say that Alex Mercer (Prototype) feels far more powerful in the first half hour of play than Cole McGrath (inFamous) did at the end of his adventure. The jumping, the wall-running, the absorption of enemies for health, the ability to disguise… it really feels like there are a lot of options at my fingers, and it's quite easy to start raising some hell in the city. After just a few upgrades, I took out an entire military complex, devoured every soldier within it, and watched the thing burn to the ground. It may not be very heroic, but it sure feels super.

And hey, it's really nice to not be sniped from above every 10 seconds. I appreciate that.

Like I said, I'm still in the very early stages of the game and I'm sure that I'll have plenty of things to gripe about later on, but I will say that Prototype has been pretty damned fun so far.

Kind of random, but below are a couple of videos, one is a goofy Street Fighter song and the second is a spoof of Metal Gear that had me chuckling a few times. Thanks to Kate Zuparko for sending those in.

I had a couple other things to blog about, but you know, I'm still trying to work my way through all the tutorials in Knights in the Nightmare. Gotta go.

When I started inFAMOUS, I couldn’t put it down… that Sucker Punch charm shined again and had me gripped start to satisfying finish (been lovin’ their animation style, art design and presentation for years, especially in the Sly games). But I popped Prototype in last night and after an hour I put it down to play Gunstar Heroes for hours on end. I couldn’t agree more with your points… it almost feels like Radical Games tried to do too much with the game. There’s a lot of abilities, surely… but if you focus on too many different things, none reach… Read more »

I am not that into Prototype. I played it for a few hours this afternoon and got kind of board with it. The action can be too frantic, the combat is not that satisfying, and really all you have to do in the basic fights is hit B to grab an enemy and Y to consume the enemies. Alex Mercer can get shot a thousand times before dying and consuming enemies regains your energy, so there doesn’t seem to be much challenge. Running to each mission is not that interesting and almost a chore. The city is not horrible, but… Read more »