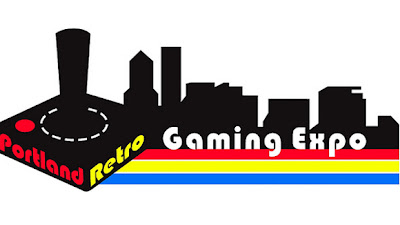 This weekend was the 7th annual Retro Gaming Expo, taking place in Portland, Oregon. Since it was just a three-hour drive away, and I had never attended the Retro Gaming Expo before, I made the trip accompanied by my wife and youngest son.

The event occupied one floor of the Portland Convention Center, and was split into two sections, more or less: on one half was an area dedicated to used games, various game-related items for sale, arts and crafts, and other things for people looking to add to their collections. The other half was a series of arcade cabinets, pinball machines, and home consoles set up on TVs for people to sit down and play for free.

I wasn't sure what to expect when I walked in, but I have to say that the place won me over immediately. At the beginning of the show, there were loud 80s tunes being pumped through the sound system. That, combined with the banks of arcade cabinets instantly took me back to my teenage years when arcades were actually a regular, normal thing. Tons of classics were there, in addition to some lesser-known titles I had never seen before. The fact that they were all set up on free play was like one of my childhood dreams come true.

It had also been quite a while since I'd seen a pinball machine live and in person, so to see so many and in such good shape was a real treat. The same went for the home consoles. Although I grew up having an Atari 2600, a Vectrex, and pretty much everything from the NES onward, there were still gaps in my game history that got filled at the show. (See below…) 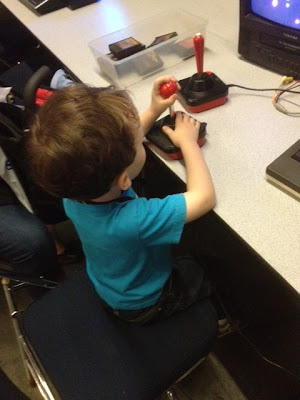 My son, using a joystick for the first time, ever.

On a slightly different note, it was a genuine thrill to be able to bring my youngest son to see all of these still-functioning artifacts. Although he’s seen arcade cabinets here and there, they aren't nearly as common as they used to be. He was buzzing with excitement to try each and every one. Even better, this was his very first time ever seeing pinball or old-school joysticks. He had absolutely no idea what to do with either one of them, although he knew right off the bat that they were games of some sort… getting a chance to give him this kind of first-person hands-on history lesson has been one of the highlights of my year.

Leaving the play floor, I spent a good amount of time combing through the old games for sale, and I was very impressed with the level of handmade art. There were some truly amazing wall hangings made out of perler beads, and there were some wooden cut-outs that were nice enough to be hanging in the office of any game-oriented CEO. Although I walked away with a couple of things, I could have easily spent a ton more money… 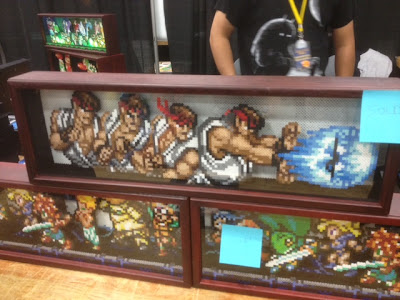 I wanted that Ryu piece on my wall SO BAD!

There were other happenings to see and do at the show such as several panels that were being given (a few by Atari-age legends David Crane and Garry Kitchen) and I would have really liked hearing some of the chiptune performances that were taking place, but part of being a good parent is knowing when your little ones are running out of juice and packing it up. My small man put up a valiant fight, but he's still just a tiny guy. He’s getting there, though!

Even though we left a little early by game convention standards, we still had a great time and it was a unique experience to see so much old-school goodness concentrated into one place at one time. I would definitely recommend it to anyone who's able to attend, and I could easily see this becoming part of my regular yearly routine.

… and since a picture is worth a thousand words, let me leave you with the images below. 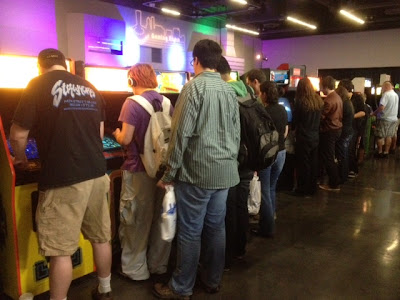 It's hard to tell, but everyone here is playing an arcade machine, just like the olden days. 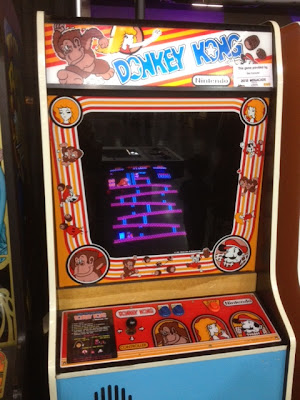 Haven't seen one of these in years! 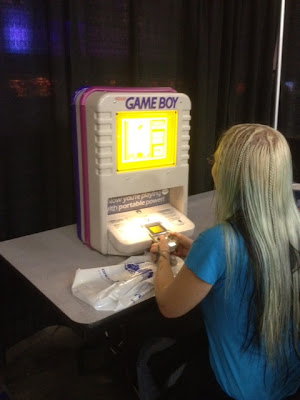 That thing must have been SO hard to carry around. 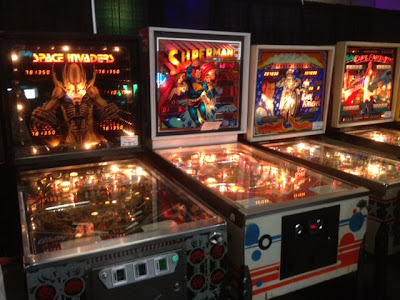 They had some great pinball machines, but I'm pretty sure that's an Alien and not a "Space Invader"… 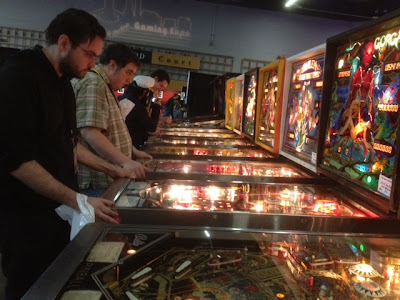 A legion of pinball fans. Lots of pinging sounds. 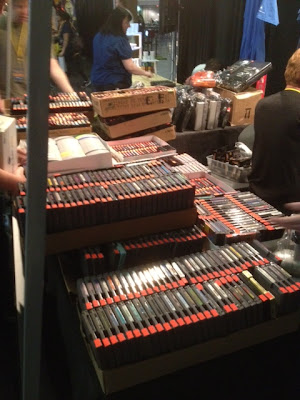 NES carts by the boatload to be had. 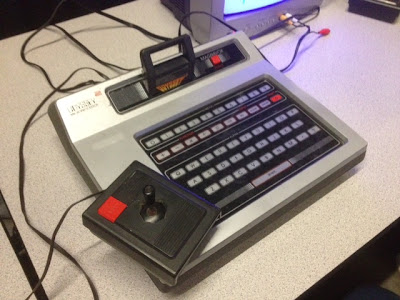 Pretty sure this is the Magnavox Odyssey 2. Had never seen this IRL before. I'm a n00b, I know. 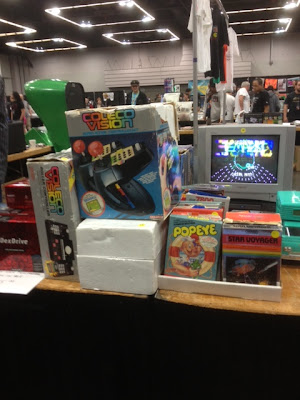 Colecovision, another one I've never had a personal history with. 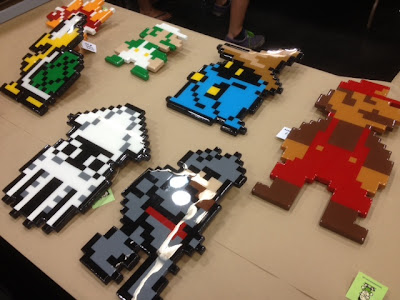 These wall-hangings were totally sweet. 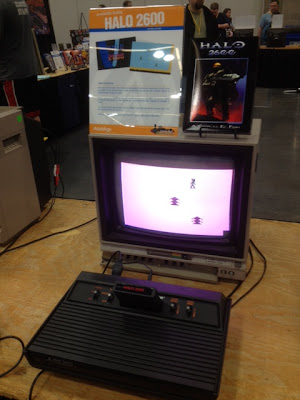 Take a VERY CLOSE LOOK at the game title on display here. 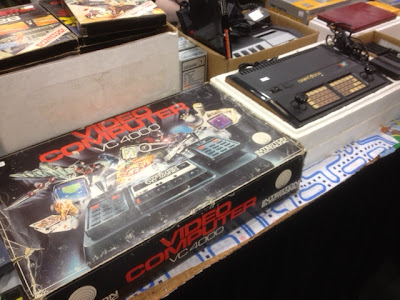 The Interton VC 4000. Had never even HEARD of this thing before. 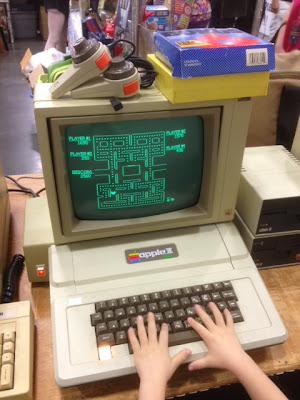 My son playing Pac-Man on an Apple II Plus 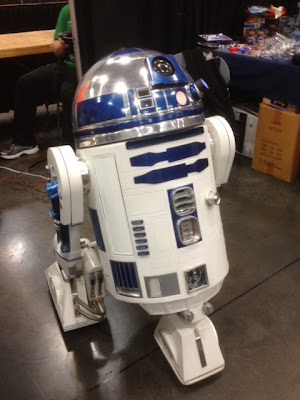 The obligatory Star Wars reference to maintain my nerd cred after that embarrassing Magnavox admission.