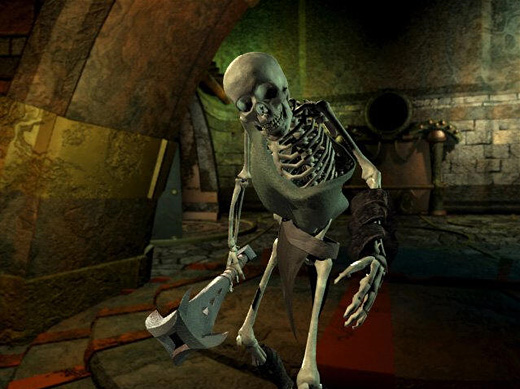 It's been kind of a random scattering of gaming for me lately. Truth be told, I've been enjoying this brief lull in "must-play" releases, and it's been nice to not have any hot projects going. I'm not saying that I want to go on any kind of long-term vacation from games, but this brief break has been appreciated.

I can't say that I haven't been playing anything, though…

For starters, I'm still chipping away at Monster Hunter Freedom Unite on PSP. After 160-ish hours or so, I'm finally on the last tier of campaign missions. Of course, this is the sort of game that you could probably play forever (and if not forever, then at least several human lifetimes) but I'm going to call it done after credits roll. I definitely plan on writing a full review, and it's going to feel quite nice to be able to type the words "game was completed" at the bottom of the disclaimer.

Apart from that, I decided to try and knock out as many of my New Year's resolutions as possible. If you listened to the year-end podcast, then you'll know that one of them was to play three PC games: Amnesia, Aquaria, and Planescape: Torment. I couldn't get Amnesia to run after several attempts (though I will try again) and I haven't gotten around to Aquaria yet. However, I did start up Planescape and it's been a bit of experience so far.

Putting all my cards on the table, I am a console gamer through and through. In the last twenty-eight years or so, I've only completed two full-sized games on PC—Grim Fandango and Star Control II. (Both were awesome.) I'm not ashamed to say that I have precious little PC experience, so coming to 1999's Planescape threw me for a loop.

First things first, I give great props to GOG for cleaning up the code and enabling the game to run totally painlessly. It was only a matter of a quick download and few clicks, and I was on my way. This hassle-free setup was something that I appreciated very much, especially in light of the struggles I had with Amnesia. 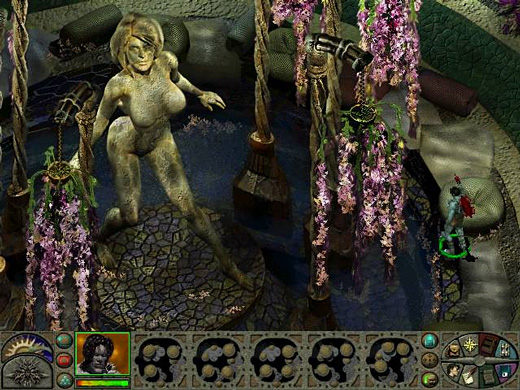 In terms of the game itself, I have to admit I didn't get very far. Playing such a complex thing on the PC was pretty intimidating, and trying to come to grips with the controls felt very alien and unintuitive. In my defense, I'm told (by people who know) that the user interface for the game is quite problematic, and I would certainly agree with that. Performing simple actions makes very little sense to me, and I've already messed up at least one quest by accidentally consuming an item that I meant to give to someone. Coming from a console perspective, I can see a million places where the game could be polished up or made to be more user-friendly.

My problems with the mechanics aside, the story is certainly interesting and the writing (so far) seems worthy of all the praise people have heaped upon it. However, I'm probably going to have to re-start from the beginning (again) to figure out a few more things, and I may just end up putting it on hold for a while. After my initial frustrations, I don't think I'm in the frame of mind to properly appreciate what the game has to offer at the moment.

Two more quick bits before I move onto the next segment:

I downloaded Aphelion (XBLI) after reading a review for the just-released Aphelion 2, and it's been a pretty pleasant experience so far. I'm only about an hour into it, but the project seems absolutely huge and several orders of magnitude more complex than what most people attempt on Microsoft's small-scale service.

Essentially it's a sci-fi-themed RPG that follows conventional structure, but the writing has gotten a few laughs out of me and I absolutely tip my hat to developers Lunatic for implementing things like equipment screens and stats, basic skill trees, and even a rudimentary crafting system. Like I said, it's early days yet, but what I've seen is already streets ahead of the competition. Worth $3? Absolutely.

Two Worlds II is releasing later this month, and I couldn't be more excited. I really liked what I saw at the most recent PAX, developers Reality Pump have been extremely forthcoming in admitting the problems they had with the previous game and what they've done to rectify them, and how can you not fall in love with an ad campaign that produces an entire miniseries of video episodes poking fun at itself? It's a hell of a lot better than the "your momma hates…" mess that EA's been running lately. (and by the way, can you believe someone actually got paid for that? I can't.)

Anyway, If you haven't already seen the earlier adventures of second-banana Gandohar, here's a link to Part 6—but do yourself a favor and start off with Part 1. Good stuff. 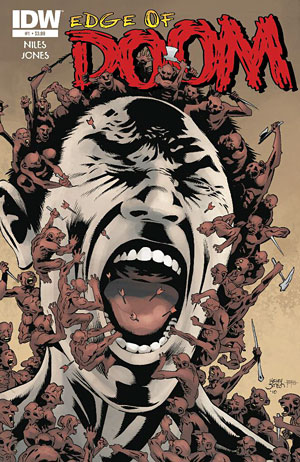 I haven't picked up a lot of new titles lately, but one I've really enjoyed is Edge of Doom, put out by IDW. Written by the ubiquitous Steve Niles and illustrated by industry veteran Kelley Jones, each issue is a self-contained story analogous to an episode of the Twilight Zone.

Although now that I think about it, maybe Tales from the Darkside would be a more apt comparison… the little vignettes don't really end well for the characters involved. I've read the first three so far, and each one's been a real ripper. Definitely recommended.

Another new one I've been looking at is Halcyon, from Image. Not quite sure how I feel about it yet, but it has managed to keep my interest in the first two issues and I'm sticking around for at least a few more.

The gist of this one is that all violence and aggression has been erased from the world, so this renders superheroes obsolete. It's an interesting concept for sure. I see hints where the story can get a little deeper as the series progresses, so my fingers are crossed.

My other regular reads remain Invincible, The Walking Dead, The Sixth Gun, and Echo… nothing new to report here, but they remain consistently awesome, so you should already be reading them.

One last thing to mention, I've had several highly intelligent people recommend Vertigo's DMZ to me, so now that I've finally put Preacher to bed, I picked up the first collection and flipped through it briefly. I didn't have time to actually read more than the first few pages, but I was really liking what I was seeing. More to come.