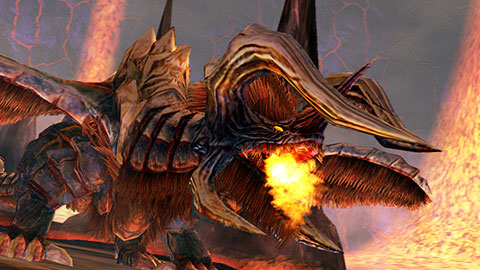 I'm at the final boss in Phantasy Star Portable.

I expected to have it done and on my shelf a few days ago, but the sharp spike in difficulty was a real turnoff and I decided to take a break before I'd be tempted to chuck the thing across the room.

The game itself is nothing special, although I will say that I was in the mood for a loot-earning, clothes-changing dungeon crawler and it satisfied my craving perfectly. I would have been thrilled to complete it without much thought, but now it seems apparent that the only way I'm going to see credits roll is to grind out another ten or fifteen levels.

After twelve hours of play this isn't exactly the way I wanted things to wrap up, but I imagine I'll get back to it and chip away at the remains incrementally.

In other portable news, I started Emergency! Disaster Rescue Squad for the DS and I'm thinking it's pretty good stuff. Basically, the game presents players with real-life inspired disasters—Forest fires, civil unrest, automobile accidents, and so on. 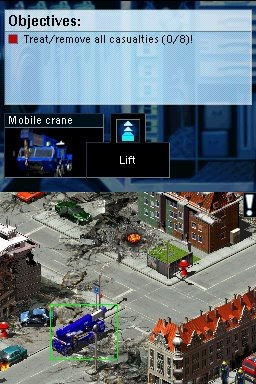 At the beginning of each stage, the appropriate emergency response units arrive and it's up to me to direct them where to go and what to do. It's all very straightforward and process-oriented, but the reality-lite approach is really quite novel and it's a great change of pace to be tackling something like this instead of the usual shoot stuff, kill stuff, or collect stuff. I am a little over halfway at this point, but I would give it a very strong recommend, especially at an MSRP of $20.

The publisher, Destineer, is definitely one to watch. Their profile has a very quirky underdog feel to it, yet the quality of what they've been putting out has been consistently better than expected so far. Thumbs up!

I'll have more to say on it later once I get a bit further in the adventure, but so far I'm loving it. Very adult, very dark, and it's giving me that "can't wait to get back to it" feeling, which is definitely a good thing.