So, it's no secret that I am a big fan of Monster Hunter. Although the series does have issues (being inscrutable to newcomers or running the best version on the missing-a-second-analog-nub-and-no-true-online PSP to name just two) I am a true believer in the franchise and I think it has much to offer. Sadly, it's only been able to carve out a very small niche for itself here in the United States, but there's now an opportunity—maybe—to help change that.

The good people behind the Monster Hunter Podcast and the Well-Done Podcast have gotten together, and with a little help from Capcom, they've launched "Operation Cherry Blossom".

You can check out the video, but the gist of it is that fans of Monster Hunter Freedom Unite (PSP) and Monster Hunter Tri (Wii) have to band together and let Capcom know that there are people hungry for the next installment of the series. The goal is to convince the House of Street Fighter, Resident Evil and Mega Man to localize Monster Hunter Portable 3rd for an English-speaking audience. If enough people show support, there is hope.

Now, I know what you're thinking… Capcom hasn't exactly had the best track record of listening to their fans lately, and that's a fact. However, making some noise and letting them know that the fanbase is desperate for more is better than doing nothing at all, and let's face it, if we do nothing at all, then it's pretty much a guarantee that there won't be any more Monster Hunter games in the states or Europe for the foreseeable future.

One final note on the subject: if you've never played a Monster Hunter and you're wondering why you should give a rat's about this, I would strongly recommend picking up either Freedom Unite or Tri since they are both dirt cheap these days, and see what you've been missing.

Granted, these aren't going to be everyone's cup of tea, but I suspect that if more people gave it a chance, the fanbase would be at least double or triple what it is now. Buy a copy and sit down with an FAQ or scan the message boards over at GameFAQS before you start… Hell, you can even feel free to ask me some questions right here at the blog and I will do my best to get them all answered. If there's anything I can do to help grow support for the game, I'm going to do it.

Knowing that there is another full installment of a series that I love so much sitting around with no plans for localization just breaks my heart. Let's get together on this one, people. Let's make it happen. 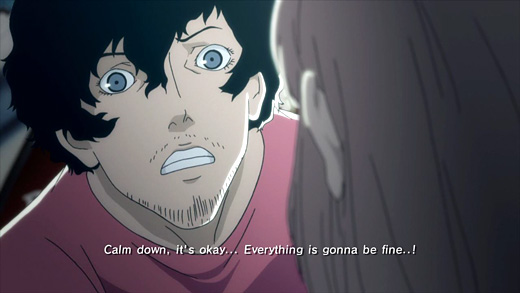 I finished Catherine on PS3 (also available for 360) the other night, and it did not disappoint. Although there are certainly some rough edges to it and a few things I would have touched up, in general it's another brilliant, bold and extremely provocative title from the master craftsmen at Atlus.

Kristin Taylor (one of our up-and-coming reviewers) handled the main review. I do think it's important to say that despite the titillating advertising campaign, the game is not really about sexual situations and flashing skin. Instead, it's about a man's self-examination and how he decides to live his life in relation to women and commitment.

(…It's also about some balls-hard block puzzles, but hey.)

Very few developers are even scratching the surface on stuff like this, but Atlus consistently finds ways to add depth to their stories, and their characters are frequently some of the most memorable in gaming. Catherine is most certainly an unusual experience, but it's one that's well worth getting into, if for no other reason than to see how such subject material is approached in a medium that is not generally known for deep commentary.

… And if you do get into the game, it's worth knowing ahead of time that the "cheater" ending is a hell of a lot more entertaining than the "lover" ending. It's not the one I earned for myself during my playthrough, but after having watched it on YouTube, I kind of wish that I had gone that direction.

The wife and I finished up Season 3 of the UK's Being Human tonight. It's been a favorite of mine ever since the first episode, and although this latest batch of episodes took a few twists and turns that I didn't expect, it still ranks as an excellent collection of characters and character-driven writing.

For those of you who've never seen it, the gist is that a ghost, a vampire and werewolf become roommates and the three discuss what it means to be something other than human, for both good and ill. Mostly ill. I know that hearing that description seems more like the setup of a bad joke then something that would make for quality viewing, but I swear by the program and I think the writers have done a spectacular job with it.

I won't get into any discussion of the season for fear of spoiling things for those who have not gotten into the show yet, but I do want to say that if you are a fan of science fiction, fantasy, and especially urban fantasy, you owe it to yourself to at least watch a few episodes and see if it clicks.

My suspicion is that it will.

Hey Drew, Sorry for the long delay in response. My apologies! So, to answer your questions… It is definitely possible to solo MHTri, for sure. I completed the story campaign (which is strictly solo to begin with) with little trouble. I thought it was really fun personally, and I definitely recommend playing through at least a large chunk of the campaign solo since it’s a great way to learn how the game works without relying on (or getting messed up by) other players. However, if you want to see 100% of what the game has to offer, I definitely recommend… Read more »

Hey Brad, I finally decided to try MH after reading most of your articles about it. I picked up Tri because frankly i kinda hate actually playing psp games even though i like the system (handcramps). I was wondering if you might be able to post some links to a beginner’s guide or something that would help someone like me out. I’m kinda planning on soloing the game, is that possible, or do you really need to do coop to have fun with these games? Any help or pointers would be greatly appreciated. Thanks!