Despite my hesitation to comply with the $15 price point that's been occurring more frequently on the various download services, I've been hearing nothing but good about World of Goo via WiiWare and decided to take the plunge—thankfully, the word on the ‘net was correct. 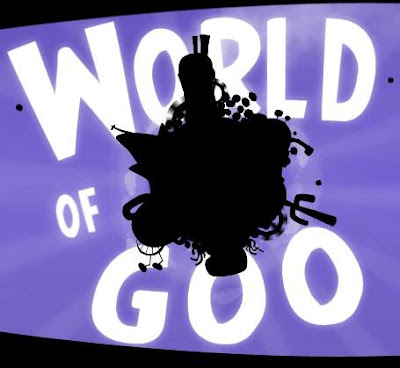 The art style is great

I really didn't have any idea what to expect, but after a short period of trial and error, the gist of the game is that the player starts each level with a big pile of Goo balls that can be used to build structures. Grasp one of the balls with the Wiimote, and little lines appear showing where structural supports will connect it to the Gooballs that have already been placed. The goal is to get a certain number of balls to a pipe (inconveniently, always placed far away) and the only way to do this is to build bridges, towers, and other sorts of large support structures. In essence, it's a big physics simulation asking players to indulge in a little creative architecture. 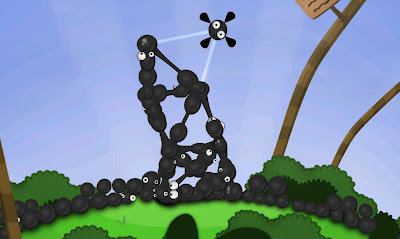 Honestly, it reminds me quite a bit of the PSN's Elefunk, although I will say that World of Goo is the better game by far—it's more elegant and cohesive, and the mechanics are easier to grasp and more transparent. 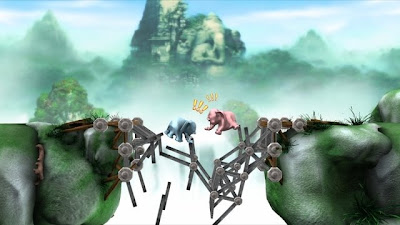 Fun, but not as good as Goo

I'm about halfway (just completed the second world as I write this) but my impressions so far are enormously positive; the intelligent gameplay feels perfectly dialed-in, the art style is quite stylish and appealing, and the writing is clever and self-aware. Looks like another absolute winner for WiiWare. 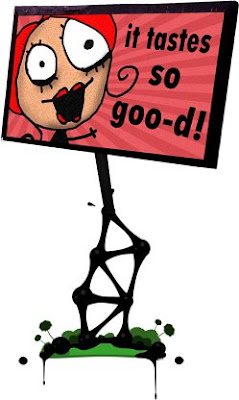 (… and if you haven't tried Art Style: Orbient or Art Style: Cubello yet, what the heck are you waiting for?)