Some good news and some bad news on the topic of console downloads.

The good news—a second game has been released in Nintendo's Art Style series. Available now on the Wii is Cubello, a 3D puzzle game which sports the same elegant, minimalist qualities shared by the first release, Orbient. Although Cubello isn't the religious experience that Orbient was, it's still an excellent title available for only $6. 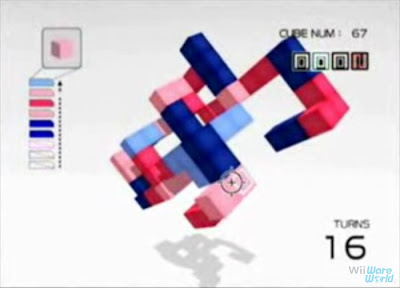 Using the Wiimote, players must match four cubes of a like color by shooting new blocks onto a spinning mass. The hook is that since any exposed surface of the blocks can be potentially accessible, matches don't have to be made in a row; as long as the four are touching on any surface, they can be anywhere along the X, Y or Z axis. A surprisingly engaging combination of traditional match-game and precision shooting, Cubello looks like another clear winner.

The bad news—with the resounding success (on any platform) of the download model, publishers and developers are now starting to cash in as the price for electronic delivery creeps up.

Although $10 had been originally thought to be the sweet spot for consumers (I agree), more and more titles are now sporting a $15 price tag.

Personally, I think this is too much. I love the new download trend since it provides a new channel for smaller, indy developers to float games that would never be considered for retail, but if I'm not receiving a physical copy of what I'm purchasing and if what I'm purchasing is usually a time-killer between major releases, $15 is just too expensive to spend on a regular basis. 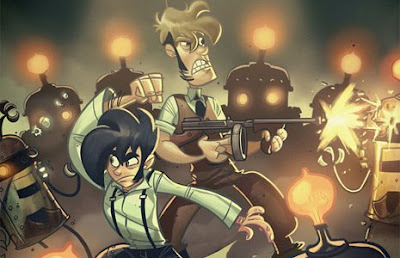 I didn't mind doing it for Braid since I had heard about its "art" status as well as what an ordeal it was to bring to the 360. The $20 I spent on Penny Arcade's Rain-Slick was fine too, since I knew how much effort had been put into it and how big it was, but let's face it– not every DL game can match the quality of those titles. The now-becoming-common increase of $5 seems less about a statement of quality and more like bean counters testing the limits of what consumers will pay. 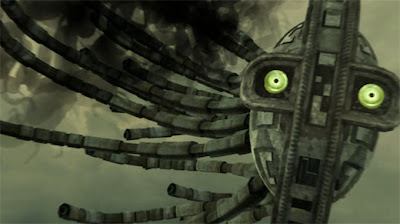 One last thing… Linger in Shadows is finally out on the PSN. Not really a game, but more like a piece of electronic art, it's a bit of a headtrip. A series of abstract images flash across the screen, and the events that follow involving an evil cloud, a flying dog, and a robot that looks like it's from The Matrix almost make sense of a sort… but not really. Even so, it's a pretty provocative piece of work, and I give kudos to Sony for offering a challenging nonconformist work that can't be had on the competition's machines. Yet.

I tend to agree that for most downloadable games $15 is too much. Like you say, Braid and Penny Arcade Adventures were exceptions and should not be taken as the rule. On the other hand, even $15 would be a discount compared to what most indie games seem to go for on PC (which had until recently been the sole home of such games.), where the standard price point has been $20 for ages. This for “find the hidden item” and “match 3”, and Arkanoid clones. Frequently more for games of actual substance like Spiderweb Software’s RPGs, Armageddon Empires, or… Read more »