Tonight, the evening of October 27, gamers and journalists from across the country gathered at the Experience Music Project in the heart of Seattle to celebrate the release of PopCap Games' newest offering: Bejweled Twist. 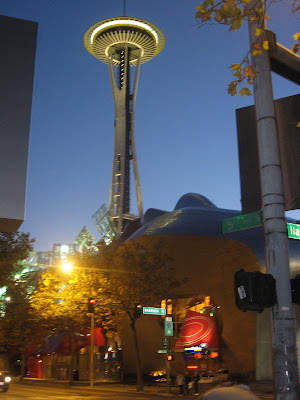 Gracious enough to extend an invitation, I was only too happy to attend. 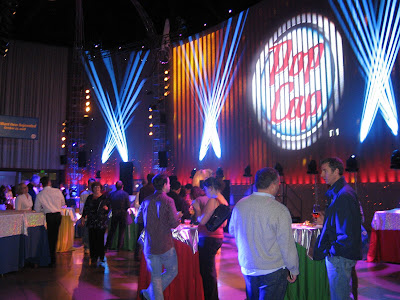 Though the EMP is better known as a museum of music, the upstairs portion near the northern end of the building is a stage/performance space called the Sky Church, which is where PopCap held the event. Greeted by a mad professor and his highly reflective assistants, things soon got underway after a brief stop at the snack table. (The cedar plank salmon was quite well done, and the desserts were to die for. I could have eaten the cappuccino mousse all night long…) 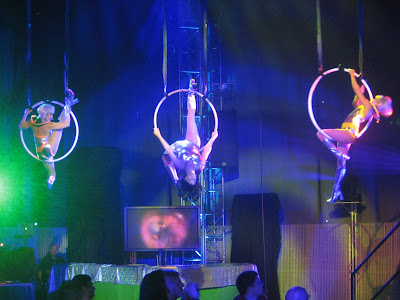 The presentation itself was nice and tight, a good mix of information and entertainment that was over long before anyone had a chance to be bored. Towards the tail end they brought out some performers to demonstrate the concepts of "three-in-a-row." 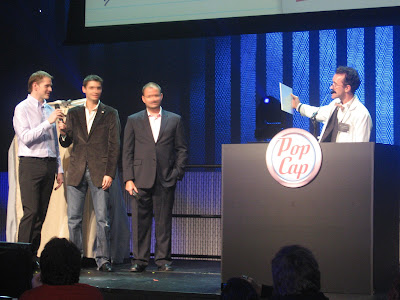 Closing the formal talks were the three founders of PopCap, Jason Kapalka, Brian Fiete, and John Vechey, three my-age-ish guys who probably drive better cars than I'll ever be able to afford. 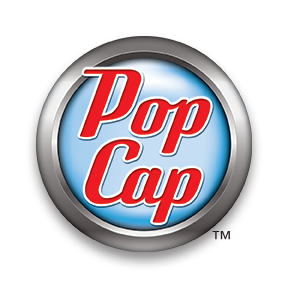 Some interesting factoids about PopCap from their press release: 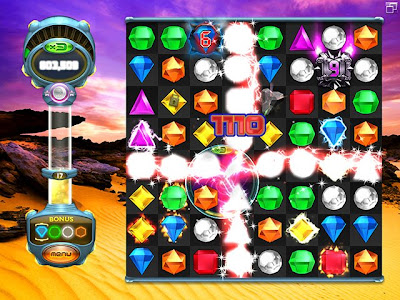 As far as Bejweled Twist goes, the game sports a number of additions including HD graphics, a new soundtrack, and six new types of gems which affect gameplay. 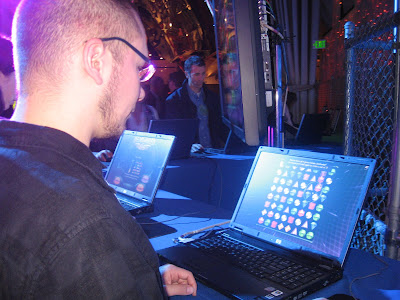 Me, trying to make an impressive combo for the crowd

Taking it for spin, I was a little surprised to find that the computer I was playing on was also being broadcast on the big screen, so I tried hard not to embarrass myself, with only moderate success.

Bejeweled Twist is available now at popcap.com, and will be available atother online sites such as MSN Games and Steam starting November 18. 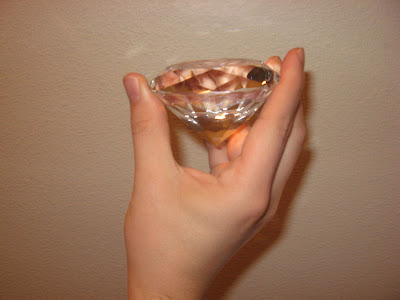 The best swag EVER… just look at the size of this diamond.