Started NyxQuest: Kindred Spirits on WiiWare yesterday. I only had time to get two or three levels into it, but I was really liking what I saw. The art style is very minimal and clean, and the mechanics are immediately accessible.

Basically, you take control of a winged girl and navigate puzzle-ish levels on a 2D plane. The jumping/flapping/gliding works well, and the formula is enriched by using the Wiimote to manipulate certain objects in the environment. In certain sections, you're controlling the girl with the left stick and a button, and moving stone blocks with the Wiimote pointer and a trigger. It's a little like the old "rub your stomach and pat your head" routine, but in a good way. 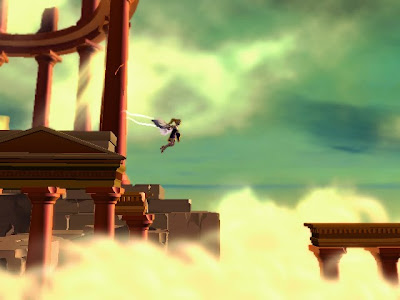 I look forward to spending more time with it.

I was poking around and trying to find out more information about the super-ultra-uber-deluxe edition of Dragon Age that someone had told me about… a quick check reveals that the contents were allegedly:

Tin Case, Bonus DVD, Cloth map, three extra pieces of in-game quasi-DLC, a bonus quest and character, and a suit of armor FOR USE IN MASS EFFECT 2.

When I actually made an inquiry at GameStop, I was informed that this particular limited edition sold out in approximately 48 hours, and that no more pre-orders for it were available. I'm sincerely hoping that the person on the phone was mistaken, but I have a sinking feeling that he probably wasn't… if anyone can confirm that this particular package is available anywhere, please drop me a line!

* Hold the phone… Thanks to @ThiefofHearts for the tipoff that it's still at Amazon. Order yours now before it's gone!!!

I'm noticing more and more that companies are announcing planned DLC before their games are even released. Don't get me wrong, I'm actually a big fan of DLC, but only when it's properly implemented. I absolutely don't understand how a developer can plan to have DLC before people have a chance to play the actual game and give any feedback on what they've created.

I mean, the developers can have an idea of what they think the players might want more of, but they can't know for sure until the game actually hits. Wouldn't a developer want to create a piece of DLC that actually addresses the desires of their target audience? At the very least, it seems as though any DLC should remedy problem issues that players might bring up. 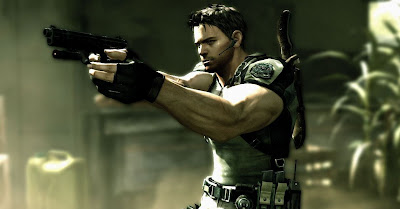 Besides that, there's no getting around the issue of perceived appropriateness. The general feeling is that when DLC is announced or even hits at the same time a retail release does, it's that the developer has purposely held back content in order to bilk the public out of more dollars—and honestly, how could anyone not think that? Things like the extra Vs mode in Resident Evil 5, or the extra character suits/colors in Street Fighter IV were almost universally considered things that should have been included with an allegedly "complete" game, and Capcom took a certain amount of heat for the moves. It's not just Capcom, though. More and more publishers are cooking up plans for DLC, while at the same time trying to convince the public that their retail product is as rich and fully-fleshed as a consumer could rightfully expect. 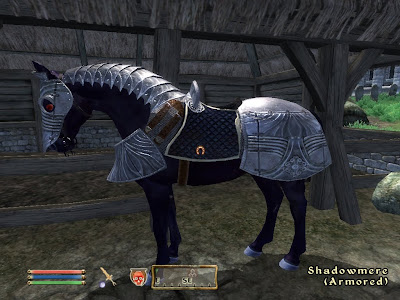 Sorry, but we're just not buying it.

Although DLC is now a permanent fixture in the game's development landscape, the way I see it is that DLC should only be used as a way to genuinely enhance a game after said game has proven that it has an audience, and after the audience has had a chance to react to the original product. Not only will this feedback be instrumental in crafting truly desirable download additions, it will also calm fears players may have about being taken for a ride.

DLC announced two months after a game hits retail gets players excited, and gives them a reason to dig their already-beaten disc back out. More adventures, more guns… it's great. DLC announced two months before a game hits retail makes players think that they're not going to be buying a complete experience when they pony up their cash at the counter.

Whether it's true or not is beside the point… a huge factor in any DLC is perception, and at the moment, it seems as though publishers don't think players are paying attention.