I feel like I've already been talking about it for a million years, but I just finished Alone in the Dark: Inferno on PlayStation 3 today and I'm still basking in the afterglow. I may end up doing an official review for the game, but whether or not that comes together, it gets my absolute highest recommendation. 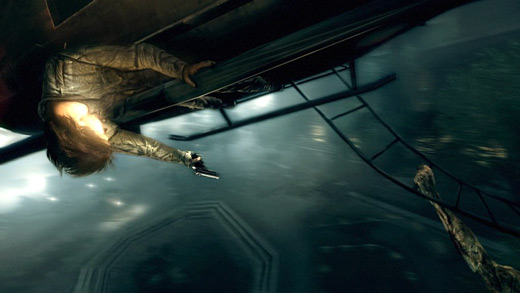 If you're on the fence about it, don't be. If you heard bad things about the 360 version, understand that Inferno is a huge step up. If you want a classy, mature horror game that takes bold steps towards innovating the very foundations of modern game design, check it out.

An interesting side note: I don't know why it didn't occur to me earlier, but as I was poking around and looking up information on Inferno, I finally realized that Eden Studios is the same developer that created Kya: Dark Lineage. 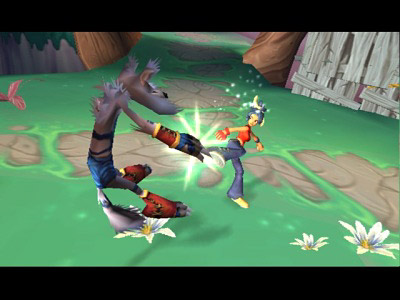 A spectacular, fresh, and original action-platformer, your PS2 library isn't complete without it. Showing the same vital inventiveness and originality that Inferno has, Kya is every bit as good, just in a different genre. If you missed it, check out my review. Considering the work they've turned out, Eden Studios are some incredibly talented mofos… it's a shame that they've gone completely unappreciated.

My good friend Doug over at Randomly Generated sent me a link to this YouTube video and it blew my mind just a little bit. It's a guy playing the drums on Rock Band, and no matter how good you think you are, this guy is probably better.

Am I the only person who's not completely bowled over by Street Fighter IV? I had a mad urge to run out and pick up a brand-new copy on the release day, but I held out in an effort to stick to my budget, and wow… I'm glad that I did. I finally got a chance to put some time into it and I've got to say, it left me a little cold.

For some reason, I thought the graphics would be better (and yes, I'm playing on an HD set). It's not just the resolution or whatever, it's that the actual art direction is just weird. The characters look kind of cartoony, kind of not… it's just odd. Besides that, the hit detection seems kind of wonky to me and I've got to be honest in saying that none of the characters really float my boat. Rufus, especially—I mean, how did that guy ever get off the drawing board at Capcom R&D? 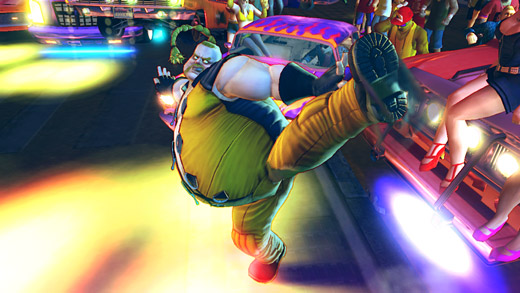 Fat guy in a yellow suit and topknot? Really?!? The AI leaves something to be desired, as well. In the short amount of time I was playing it, it seemed to me that the computer kept busting out completely cheesy routines… Chun Li abusing her rapid-fire kick, Abel constantly doing his throw—I'm sorry, but that's straight annoying. Don't even get me started on last boss Seth. That guy is sixteen kinds of overripe cheddar all by himself. I still call myself a Street Fighter fan, but I don't see myself ever putting IV near the top of my list.

yeah, very true, i just like to get into a fighter on my own first.. get a feel for it, learn it a little bit before playing other folks. i just wasn’t motivated to do so here. i’ll probably come back to it in a while, but man… the characters just don’t do it for me. = P

A lot of your points are valid about SFIV – im not a fan of Rufus either, but really playing the computer is one of the most boring aspects of the game itself. You should try hopping online to find opponents or even seek out people in your local area.. Thats when the game really shines!

You’re not alone on this one. I am utterly underwhelmed by SF4. I find it really interesting that Dave Sirlin and SF2 Turbo HD Remix seems to be trying to push Street Fighter into a looser, less fiddly Street Fighter with simplified special moves and a stronger focus on area control. Meanwhile, Capcom and SF4 seem to be pushing ever more strongly in the (to my mind) gimmicky ultra-move and really complex special moves domain.

And to my mind, it’s a no brainer. Sirlin’s made the better Street Fighter.

I enjoyed Kya, but I stopped playing as I seem to remember the signposting being really horrible. Or the world layout was horrible. One or the other or both…