Working on a new writing project right now, so I'm actually procrastinating by posting this… but since I'm here, what the hey?

Started Dead Space tonight and just played for a little bit, maybe a hair over an hour or so. Gotta say, I'm not at all impressed. 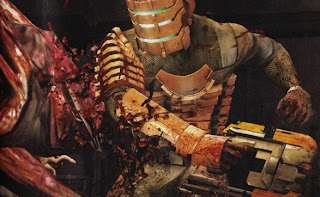 Granted, I'm not very far so I'm not going to get out the gas can and torch just yet, but I have a very strong suspicion that the gameplay I went through in the first hour is going to be washed, rinsed and repeated until the end of the game. Go here, get X item, go back, and kill gross-looking aliens in every hallway on the trip.

The graphics are beautiful and I really like the way the developers implemented a few things like the holograms taking the place of menu screens, and the way you can instantly get back on the correct path when lost by clicking the R stick, but there's a lot here that's janky.

For example, why do the aliens always drop money or ammunition? Going further, why do I need to worry about either? If we're so advanced in Dead Space’s reality, can’t we come up with guns that don't run out of ammunition every five minutes? And who in the world thought implementing a money/store system was a good fit for this title? You're supposed to be playing the role of a space engineer in a giant ship taken over by aliens… wouldn’t it make a little more sense to simply find the items or craft them yourself? I mean, a store? Really?!? 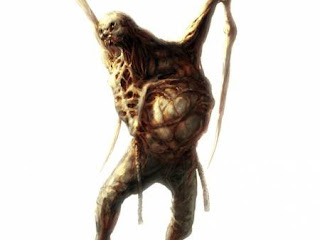 Other things are giving me a warning sign as well, like the fact that the main character is a silent protagonist. To any developer out there who still thinks this is a good idea: IT’S NOT. What it is, is silly, completely unbelievable, and ridiculous. The story doesn't seem to be any great shakes, either, and there are tons of cliché sci-fi elements are on display… and I'm still at the very beginning of the game.

I'm not throwing in the towel yet, but I have to say that the game isn’t getting off to the greatest start.