Scanning Twitter today, it occurred to me that if all the Pre-E3 rumors about Microsoft and Sony developing motion controllers/devices turn out to be true, then it'll be a massive case of misguidedly missing the point in both instances.

If these whisperings do pan out, it seems obvious that the only reason they'd be pursuing such technology is a direct result of the massive retail success of the Wii as a console. However, I think that trying to emulate such success is impossible—In my view, the Wii sold such absurd numbers of units based on three factors: the novelty of the motion controls, being the cheapest console out of the current three, and being able to leverage both of those qualities (in addition to the Nintendo name) into a fearsome "cool factor". The thought that adding motion controls to the existing consoles might be enough to translate into attracting new "Wii" players is absurd.

It's not as if people walk into an electronics store, and evaluate all three consoles and select the Wii because it delivers more accurate control or quality gameplay experiences that can't be replicated with a standard pad. They buy it because it's The Wii. If the Wii hadn't come along, those same people probably wouldn't even consider buying a console at all. 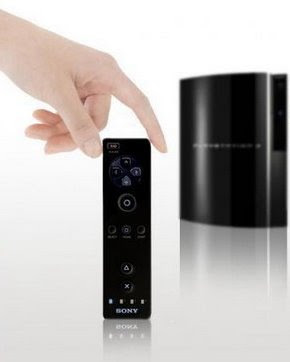 I absolutely admit that Nintendo played a smart game and captured mindshare not only of core audiences, but of people who weren't likely to be interested in videogames in general. That was their strategy from the start, and it worked brilliantly. However, I really believe that we are on the tail edge of the Wii bubble.

Any success based on a fad doesn't last, and while the Wii itself isn't quite a fad in the truest sense, its meteoric popularity is unsustainable.

Kids who want one likely have one, and don't have much buying power. Adults who were interested in its "IT" quality bought one, will drag out Wii Sports on the weekends and may play Wii Fit once in a while, but probably won't translate into the kind of game-buying customer that industry thrives on—especially with the amount of highly questionable shovelware that uninformed consumers will have a hard time filtering through. Serious gamers already have one alongside their Xbox 360s and PlayStation 3s, will play it when AAA titles come out, but are likely unimpressed with the quality and selection of software available. 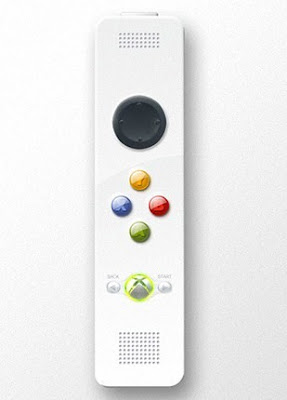 The Wii was a case of superb marketing, impeccable timing, and being able to position itself as something that appeals to people who are traditionally not within the gaming sphere, but as a lifelong gamer, it leaves me absolutely unsatisfied and hungry for experiences that I can only find on the competitors' machines. Besides that, I find the waggling of the Wiimote to be annoying, and it remains to this day little more than a gimmick that feels shoehorned into a lot of places where it doesn't belong. The thought of new PS3 and 360 games going down this imprecise, waggly path is more than a little depressing.

I've said this before and I'll say it again—with the exceptions of the Trauma Center series and light-gun style shooters, I have yet to see a single Wii game that seems superior with motion controls. I mean, let's be honest here… Pretty much any game the Wiimote does could be done equally well or better with a regular pad.

Time will tell whether Sony and Microsoft participate in some reactionary keeping-up-with-the-Joneses, but I'm really not looking forward to having to jerk my controller in an upward motion to make Master Chief jump, or shaking it furiously to recharge my guns in the next installment of Ratchet & Clank.

I get quite enough of that nonsense already, thanks.

I completely agree with what the first poster said about Metroid Prime 3; it really is a great example of how the Wii’s functionality can help certain games, even “hardcore” ones.

Obviously the function is merely tacked-on for some titles, and completely annoying in others, but there is definitely scope for the Wii to integrate motion controls to make even better games.

As for Sony and Microsoft’s plans with ‘motion-controls’, all I see here is the typical copy-cat and subsequent implementation that I have associated with these gaming companies for a long time.

I think part of the reason that nothing has efficiently used motion control is because it is so new. I’m willing to bet a lot of developers just aren’t sure how to go about utilizing it in the best fashion. It will be years, in my opinion, before we see games truly take a turn towards motion input as a complete control scheme. To date, the only game that I have found on the PS3 that uses Sixaxis technology the best (besides flower and flOw) is Killzone 2. Being able to make pinpoint corrections with the sniper rifle is a… Read more »

i’m not concerned so much with the 360/PS3 going ‘casual-only’ so much as I am about them keeping the same basic games profile and just cramming waggle into them in some whiffy effort to attract the mythical gamer demographic that allegedly loves motion control. if they want to throw out some more EyeToy games (of which, i’ve played almost all) or they want to start using the 360 camera plus a new waggler or whatever, i don’t really care about that… I just don’t want to start seeing ‘regular’ games including waggle as a mandate from Sony/MS. for example, both… Read more »

We can argue your points about the Wii and the Wii-mote another time. My only issue with what you say here is that you seem to be saying Sony and Microsoft will be go fullbore into motion-controlled, gesture-based gameplay. I think this is far from likely. As with all things, Sony and Microsoft are all about technology–bleeding edge technology at that. They both cater to the same customer–someone like you Brad–and that customer is not going to sit for motion-controller based games. What you will probably see at E3 are gesture-based controllers along a few first-party games and hints at… Read more »

I thought Metroid Prime 3 was better for having the Wiimote as opposed to a controller, but other than that I agree that there really hasn’t been anything that is drastically better because of motion controls. I think the traditional input methods will still be around for quite a while.