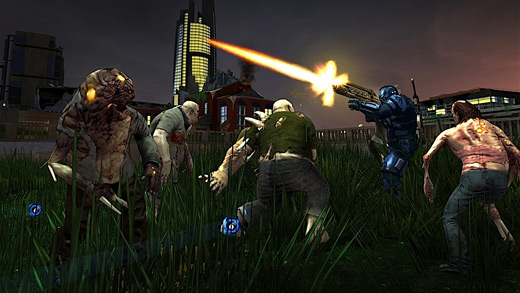 Although I wasn't the biggest fan of the original Crackdown, I did see a lot of potential in the title and I've definitely been looking forward to the announced sequel. However, the recently-announced news that there will be no playable female agents was incredibly disappointing to me.

Ruffian developer Billy Thompson was quoted by 1Up.com as saying:

"In Crackdown, the amount of memory that it was going to take for it to do all the actual animation, the texture sets and the models for the females—we would've needed to massively reduce other sections of the game," Thomson told 1UP at PAX East this past weekend. "So rather than do two separate models, we cut it back and gave the player as much customization as we could on the male character and that allowed us to use that extra memory to do other things in the game."

Now, I will be the first one to admit that I am not someone well-versed in the technical side of game production, nor have I ever made a game myself. That said, I can't help but find this line more than a little hard to swallow. I mean, let me get this straight—simply having a female playable character would "massively reduce other sections of the game"? Really? Did they intend millions of polygons to go into breast structure alone?

Let's get serious here. Tons of games give players the option to choose either a male or female avatar, and I'm having a really hard time imagining something so special about the Crackdown 2 experience that a system's resources are depleted to the point of being unable to render the opposite sex. Going further, every picture I've seen of the Crackdown characters so far has them completely covered in armor, so would it really have been a drain on the system to swap a male head for a female one?

Granted, male and female bodies are not identically alike and animation differences do exist, but I'm sure that somewhere in the game Ruffian's artists have created at least a few female characters for use during the campaign. Could any of those have been repurposed? 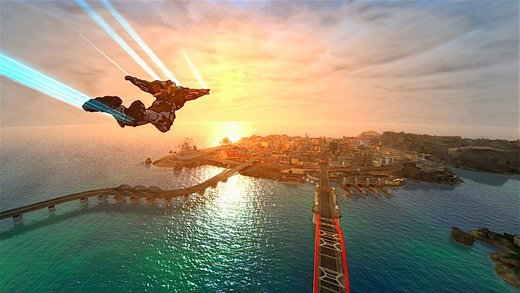 Crackdown 2 was on my to-play list. In fact, it was one I had been specifically looking forward to for the purpose of co-op with my wife—and before anyone assumes that she would be upset by this omission, the truth is that she has no problem playing a male character whatsoever.

If anything, I'm probably more upset than she is that females aren't in the game since I usually pick a female avatar. After all, my Commander Shepard is the galaxy's toughest lady, and you do not want to mess with my Latina mob boss in Saints Row 2, either. Ferelden's darkspawn problem? Beaten back by a lady Warden. Fable 2? Fallout 3? Hell, even 3D Dot Game Heroes… All female characters for me. Let's face it, in games which do not feature a single, predefined character as the protagonist, offering either sex isn't an above-and-beyond use of resources, it's the norm.

Regardless of my preferences (or my wife's willingness to be flexible when female avatars aren't offered) I find it unacceptable that in this day and age, a developer thinks it's okay to skip representing half the world's population. Girl gamers aren't the rare creature that they used to be, and not every guy has sexual insecurity issues with playing as a woman.

Come on, Ruffian… it's not too late to do the right thing.

Super-cool site 8 Bit Horse has some great coverage of an upcoming XBLA game titled Insanely Twisted Shadow Planet. This is the first I've heard of it, but you better believe I'm going to keep an eye on it from here on out.

Coming back to Lost Planet 2 for a minute, Capcom has announced a new charity event called "Kill Big for Charity" that ties into the title. Here's an excerpt from their press release:

Capcom will create a charity fund of $20,000 as a donation for the first one- million Lost Planet 2 multiplayer demos downloaded on the Xbox 360® video game and entertainment system from Microsoft and PlayStation® 3 computer entertainment system from March 31, when the early access program begins, through midnight PST May 5. If the demo surpasses the million mark across both platforms, an additional $5,000 will be donated when an extra 500,000 downloads is achieved. Please visit Lost Planet’s community site, http://www.lostplanetcommunity.com/ for early access codes. They will also be distributed by various blogs, gaming media sites, and Amazon.com.

In addition, here's a contest if you think you're a Lost Planet 2 bad-ass:

Additionally, beginning April 1, community members will compete for a seat in the celebrity tournament and a trip to Los Angeles to attend the launch party by submitting their best tips and tricks for beating the new Lost Planet 2 multiplayer demo to Capcom-Unity. The Capcom Unity team will choose the four lucky winners and shall post them on http://www.capcom-unity.com and www.lostplanet2game.com. For more details on the contest and the official rules, check out http://www.capcom-unity.com/snow_infernus/blog/2010/04/01/lost_planet_2_-_kill_big_for_charity

Finally, for those of you who were curious about my hands-on with the Lost Planet 2 demo, I snapped a few pics of Capcom HQ to share. 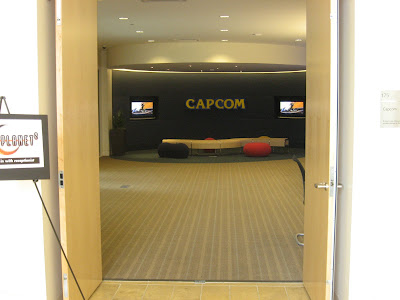 Beyond these doors… A place only dreamed of. 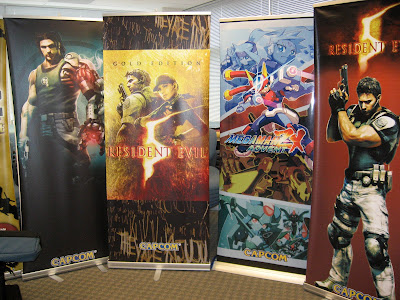 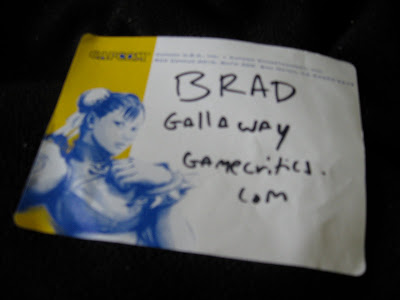 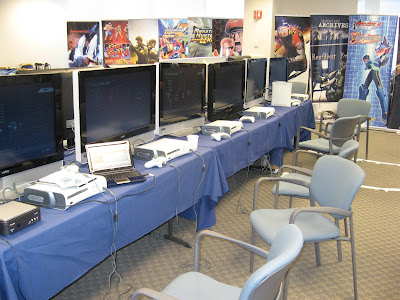 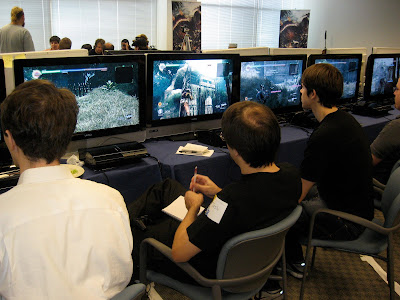 Game journos in their natural environment.

[quote=NeoDodge]I can personally understand that, in function of deadlines, human, technical and monetary resources and other constraints developers are still subject to, creative direction would chose to invest in building landscapes or vehicles, instead of rushing in and possibly botching a female PC model that would have made players unhappy.[/quote] Well… I still don’t buy it. Creating a model for a female PC (or any character for that matter) isn’t exactly rocket science. I guess that nobody would have written an angry letter to the developer because the female characters ‘walk funny’. My theory for this is the following: there… Read more »

And what about EA/Black Box’s skate 2? They added the ability to chose a female skater in their second outing, and even had a trophy/achievement for switching genders with your character (which you could do at any point in the game).

I think Ruffian have been caught out being conservative in contrast to other progressive developers, and are trying to use the ‘technology’ argument to deflect criticism. Dig up, stupid!

I’m curious to see the sections that they’re referring to, which required them to sacrifice the option to play as a female.

What gets me is whether or not they included the option to play as a female in their game plan before they started development. From what I understand, game plans are also used to allocate resources to the right place just as development starts, so that way, resources are equally split towards specific ideas, and ideas that are reasonable (such as the option to play as a female) aren’t tossed out the window.

No female characters?
That certainly bucks the trend.

Im not sure why it would be too much for Crack Down to keep pace.
It seems like the nature thing, when you can “pick” your character, one option should be female.

Allow me to hazard a guess as to what happened to the female avatar. If I read correctly between the lines of what they said, it is to be believed that all male characters are actually based off only one model/mesh, appearances being only a matter of superimposed decals, textures, and other bumpmaps and graphical gimmicks that I don’t get half of. This only, one can imagine, must represent a huge time investment. Building a mesh, rigging a skeleton, animating the whole… That is the (obviously oversimplified) base work of modeling, BEFORE we even begin to consider skinning our buddy.… Read more »

I am of the same opinion, Brad, regarding no female option in Crackdown 2. I am also a male gamer who chooses a female avatar when given the option, and can think of plenty of other games which allow you the freedom for both. I could accept the Ruffian excuse if this was 2006 and we were talking about a new IP on a new console. After all, programmers and artists would be getting their heads around new hardware and software packages, and would also be under a tight deadline/budget for an unknown/untested IP. But this is 2010, and we… Read more »

I’m pretty bummed about Crackdown 2 having no female characters. Played for hours with my boyfriend, it is a good game, but if they can make male characters look pretty awesome, I don’t think it would kill “memory” so much to throw some options our way. Borderlands can do it, and God of War 3 will have them, so why can’t they solve whatever issues they have and do it too?