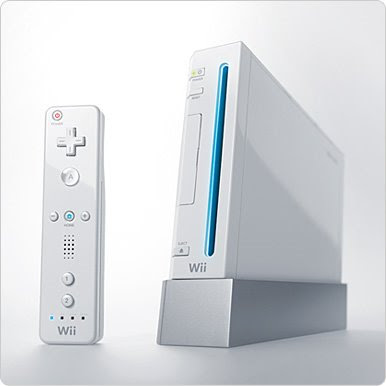 Not enough memory in here.

The amount of storage available on the Wii is truly pathetic, and not at all appropriate for the current environment. Adding insult to injury is the fact that you can only fit a small handful of games (never mind demos or movies) and I'm not able to delete the totally unnecessary news and weather channels to free up space for things that I actually want.

In what can only be seen as an incredible coincidence, Nintendo's recent announcement that players will be able to save downloaded content onto SD memory cards came exactly one day after I had to start deleting things off of my Wii to make room for more WiiWare. Not exactly the answer I was hoping for, but something's better than nothing, I suppose… Maybe Nintendo will start paying more attention and be ready to catch up with current tech when the next generation begins.

In another bit of Wii-related news, I want to put out a triple-A recommendation for Art Style: Orbient, which was recently made available this past week on WiiWare.

This game is absolutely fantastic.

From the trailer that's available on the Nintendo Channel, it's pretty difficult to tell what's going on or what the game is about, but I decided to give it a try anyway… it just had that "look" about it, and I figured that $6 wasn't much to lose if it turned out to be junk. Far from being junk, I think it's an excellent example of minimalist development and one of the front-runners for examples of a game being actual art.

Orbient starts with the player controlling a small sphere or planetoid. Using the Wiimote, the only input the player has is to either generate attraction or repulsion in relation to the other heavenly bodies in the area. That's it.

The goal is to get your planetoid to touch another planet that is of equal size, upon which it grows. Upon reaching a certain diameter, there is a "target planet" that can be brought into orbit by passing close to it and remaining in proximity for a short amount of time. Once this is done, the level ends and the next one begins.

Everything about this game is absolutely beautiful. The graphics are spare, being mostly circles and lines, but they do a fantastic job of expressing the content. The feeling of being a small speck in the vastness of space is captured, and relying on relationships with objects in the environment rather than any traditional form of direct control only reinforces the concept—everything is about speed and trajectory, using the orbital pulls of large planets to change direction or slingshot to another area of space.

I haven't completed the game yet, but I'm close. It's such a pure, absolutely elegant affair that the playtime thus far has been sublime. I'm totally impressed that so much can be provided through so seemingly little… expect to see this one on my year-end bests list.