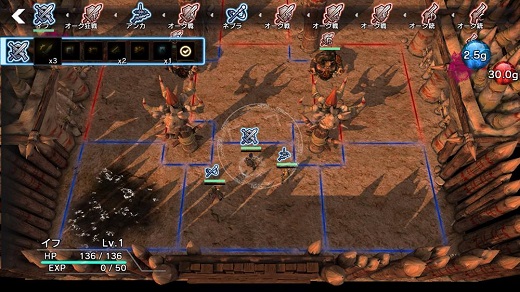 HIGH The zone system and linking are great concepts.

WTF Why do the developers fail to explain so much?

I'm the kind of critic who can forgive general roughness, sub-par graphics, and bizarre idiosyncrasies if a game's core concept is a solid one. As such, Natural Doctrine is the sort of thing I would ordinarily champion, happily looking past minor problems in celebration of the things it does right. However, even I have my limits, and there's only so much credit I can give to a few great ideas surrounded by a litany of problems.

Generally, it's safe to categorize Natural Doctrine as a strategy role-playing game (SRPG) although it writes new rules and makes unusual design choices.

Players familiar with the genre will notice that each level is broken up into "zones" instead of squares or hexes. Because of this unusually-segmented terrain, multiple characters can be in the same zone, and friendly-controlled zones act as barriers to enemy movement. This produces an interesting sort of land-grab effect for a unique spin on battlefield tactics.

The game's "linking" system is just as unusual as its zoning. By selecting certain attacks and placing characters in proximity to each other, it's possible to get an entire team to take their turns all in a row, delivering a heavy offensive surge and giving extra moves to characters who might have otherwise had to wait.

These two elements of Natural Doctrine feel fresh and innovative, and they give new flavor to a genre that could stand some freshening up. However, the developers also make so many unintuitive and confusing choices that they end up negating the value of the ideas they're bringing.

For example, although the linking system is great when a combo happens as the player intends, there's little explanation about exactly how it works. Despite reading tips and spending time trying to suss it out, I can't say that I understand every aspect of it. There were many times when I thought I should have earned a link and didn't, and times when I didn't expect one and performed one anyway.

I'd ordinarily chalk something like this up to the learning curve, but in Natural Doctrine, players aren't allowed to let any teammates fall in battle. If there's a single KO, it's game over and a restart. With no room for error, making even one minor flub inevitably results in the enemy doing a huge link of their own and wiping the player's team in one turn. In this respect, Natural Doctrine feels like a sadistic form of chess where checkmate is always one mistake away.

Another thing that makes it tough to achieve success is that Natural Doctrine lets players re-spec their characters at will, with no penalty or loss of skill points. It's a great system (in theory) that makes the characters feel flexible and allows for experimentation. Unfortunately, experimentation is not rewarded. Many levels feel as though there's only one specific strategy to win, and if the player can't figure it out, then they can look forward to failure after failure after failure. 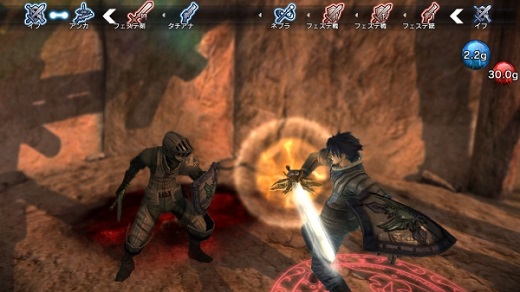 For example, my mage's ‘sleep' skill was totally worthless every time I tried it, but it was surprisingly effective against a boss enemy later on. In another area, using gun skills almost worked every time, but the real answer was dropping guns altogether and giving one character max shield skills. There was no way to know these things until after I'd tried and died a dozen times, so instead of offering options, the skill system is actually about trying to guess which skillset is the ‘right' one for each level.

The crippling lack of information and guesswork extends to other parts of the game as well—even things which should be clearly spelled out are left cryptic. For instance, the game emphasizes that magic power is limited, and players must ration it carefully. I'm fine with that and I think it's a great idea, but Doctrine never explains exactly how to regenerate magic. I spent hours with no clue how to earn more. This kind of omission isn't about letting the player have the joy of discovery, it's a failure to explain basic principles.

As for the rest of the game, I said earlier that I'm not one to condemn something for sub-par graphics or sound, but Natural Doctrine isn't even trying. The voices and music are irritating, the story barely exists, and the graphics look like they were ported directly from the PS2. None of this would be a big deal if the gameplay came shining through, but putting up with subpar production on top of confusing systems and a lethal difficulty level is just too much.

After the complaints I've lodged against Natural Doctrine it would be easy to assume that I hated the game, but that's not so—more than anything, I'm disappointed that a title showing strong potential and interesting ideas fell down so hard and in so many places. There are moments of brilliance, but it's tough to enjoy them while being kicked in the face at every turn. It's a genuine shame, but I can't recommend Natural Doctrine when so much of it is so terribly wrong. Rating: 4 out of 10.

Disclosures: This game was obtained via publisher and reviewed on the Vita. Approximately 15 hours of play were devoted to the single-player mode, and the game was not completed. No time was spent in multiplayer modes.

Parents: According to the ESRB, this game contains: blood and violence. Characters wield swords and shoot guns against monsters and humans alike. It's not graphic, but it is there. There is no sexual content or salty language of note, or at least, there wasn't any in the portion that I played. If you ask me, it could have easily been rated T instead of M.

Deaf & Hard of Hearing: All dialogue is accompanied by text, although some of it happens mid-battle. That said, I played with the sound off for most of the game and had no issues at all. It's fully accessible.