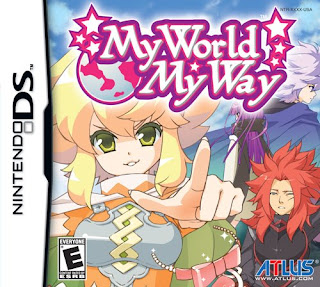 Atlus was kind enough to share some info with me about their upcoming DS RPG My World, My Way, and I'm passing it along to you.

Launching February 3rd, My World, My Way is the story of Elise, a spoiled-rotten princess who finds that the one thing she can’t have is a boyfriend. Why not? Because the boy who has captured her fancy is an adventurer, and he’ll never settle down with a bratty girl who has everything handed to her. Naturally, the first thing Elise does is set out to have adventures of her own in order to land that boyfriend, once and for all. 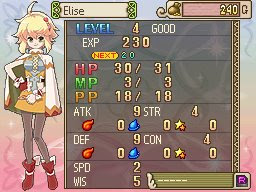 The story is absolutely on the comic side and far from the usual RPG fare, and the mechanics follow suit. Eagle-eyed readers will notice the "Pout" option and PP points in these screenshots. In a strange twist, Elise is such an effective pouter and tantrum-thrower that she has the power to affect change over tons of things in the game—everything from skipping random battles, to completing quests just by saying that they’re too annoying to finish legitimately. 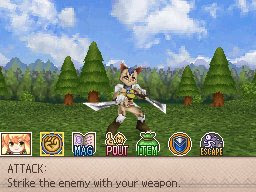 For readers who crave their RPG a little off the beaten path, My World, My Way is definitely one to keep an eye on. 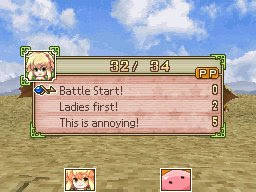 And as I'm sure most of you know, Atlus RPGs can be notoriously hard to find after their initial release. Don't say I didn't warn you, K?