Although I usually have nothing but good to say about Xbox Live, there's one thing that's really been irritating the hell out of me lately.

Every Wednesday or so, I look forward to jumping online with each console and seeing what new DLC is available. I try my best to keep up with it, at the very least keeping tabs on things that look interesting if I don't have the time to play them that very second. The Wii's setup works just fine, and although the PSN isn't structured exactly how I'd like it, it's still not bad. Live used to be my hands-down favorite in terms of finding new DLC easily, but when it comes to the Add-Ons area, I'm sick and tired of new music-game DLC flooding the section and pushing other content out.

In the New Xbox Experience, each section can only hold so many titles before the old ones get pushed off and you need to go digging in the "browse everything" area in the hopes of finding out what's new. Ideally, you'd only need to go to the recently-released area to see the new arrivals, but there is SO MUCH music-game related stuff every week that it clutters up the menu and I'm often left wondering if I've missed something. However, with no clue what I may or may not have missed, I can't exactly start scrolling through the entire alphabet of 360 titles hoping to randomly notice something that's new. 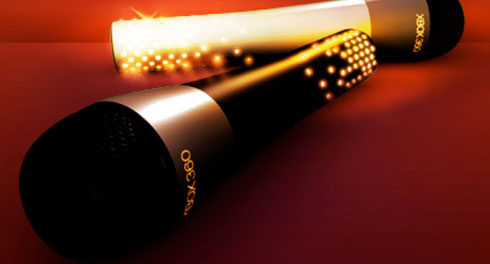 Microsoft, do me a favor and condense all of the music-game stuff into individual icons. For example, if there are fourteen new Lips songs released, you don't need to give each song its own individual listing. Just put one general Lips icon in the new release list, and then expand it if someone actually clicks on it. It would save time, it would save space, and I don't know about other players, but I know I'd definitely appreciate actually seeing everything that's new when I go to the "what's new" area.

Strange, I just stumbled across this blog at pretty much the same time I was thinking the same thing. We need a whole new tab for music game new releases, as I don’t want to have to see that 15 new Rock Band, 20 new GH:WT and half a dozen new Lips songs have been released.

Or rather, that may be exactly what I want to see, but a quick look at the New Releases list and probably half of those have fallen off even before they’ve had the chance to catch my attention.