Just a quick PSA to let y'all know that Misfits is back. Season 4 is now in progress, and it's available for download via Hulu, iTunes, and who knows where else.

I've mentioned it before a million times on the blog so I won't go into it just now, but know this… it is one of the greatest shows to ever grace the small screen, and if you don't watch it, your life will always be missing that certain something. 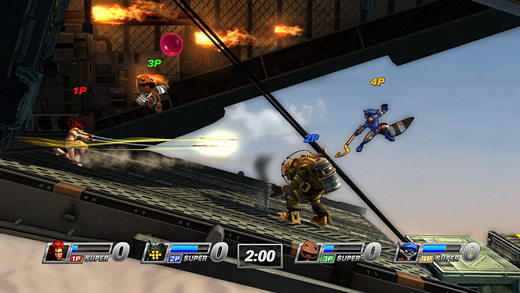 GameFly sent me Playstation All-Stars Battle Royale the other day, and while I haven't had a whole lotta time to get into it, I did play a few multiplayer sessions with my youngest son. The time we spent on it basically amounts to me standing still while he beats on me with a variety of different characters, but he enjoys it and that's good enough for us.

I'm definitely not at a point where I can speak about it in a critical sense, but so far I've been pleasantly surprised. The graphics look great, the selection of characters is a little on the small side but still pretty satisfying with a good mix of both new and old (no clue why there are good and evil versions of Cole from inFamous, though…) and it seems pretty solid.

However, just a word of warning: if you rent the game or buy it used, you need an online pass in order to play multiplayer via PSN. The catch here is that Sony is not selling the pass online. I don't know if there is some kind of licensing problem, a technology problem, an oversight in the PSN store or what, but if you get this game any way other than new, you won't be able to play online. I'm sure the issue will be fixed at some point in the future, but until it is, you may want to hold off unless you've got catch-co-op buddies or you're cool with going solo. 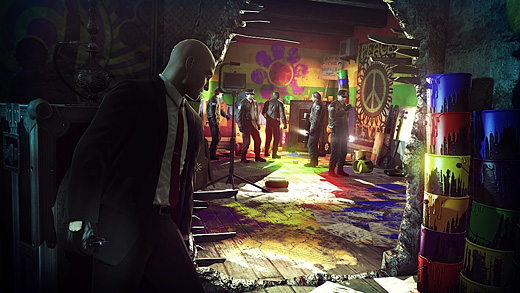 In other games news, my next major review will be Hitman: Absolution from Io Interactive. Working on the full writeup now, but if you follow me on twitter, then you already know that this is a pretty miserable interpretation of the Hitman formula, not to mention a fairly miserable game in its own right.

Although there are a few stretches when it seems to find the old magic, more often than not, any enjoyment is crushed under the weight of poorly-designed levels, ridiculous AI, a totally broken disguise system and a dozen other choices which make this the worst game in the series.

If you are a longtime Hitman fan like I am, prepare to be bitterly disappointed. If you're new to the series, expect to find a game that feels very confused and muddled, caught halfway between being stealth and a shooter without really succeeding at either.

Moving on, I've been playing a bit of Sine Mora on the Vita, and I've got to say, it's pretty impressive. I don't often get too excited about graphics, but this game looks absolutely beautiful on the handheld and comes across as a bullet-hell shooter which doesn't overdo the bullet-hell.

I haven't completed yet, but I've been loving it so far… the story is a bit of a jumbled mess, but everything else is right on target. I will be doing a review on this one after Hitman, but my early take on it is that it seems like a must-own for Vita folks.

I was quite happy to be invited back on to the Monster Hunter Video Podcast hosted by the Teamwork guys recently. Although Nick and Shepard were not able to join in, Nahxela and Krystian were gracious enough to carry my rusty skills along for some G-rank hunting.

We do a successful three-beast quest, get pwned twice, and then end on a high note by taking down my first-ever Lavasioth. While this is happening, there's plenty of talk on current games, the state of games writing, and the right way to review.

If you're a Monster Hunter fan, it's a great set to watch. If you're not, then just listen in and ignore the video portion… If you ask me, it was a pretty good chat!

If you need still more me, my review of Ragnarok Odyssey went live a few days ago. It's not a terrible game, but… well, nevermind, I guess it is pretty terrible.

If you're in the mood for something completely different, Brandon Bales has a great interview with Greg Rice of Double Fine Studios right here. I have no idea how this guy keeps lining up all these interviews with developers, but man, is he good at it.

Here's another thing from Brandon. He recently attended a precedent for upcoming a vampire stealth game called Dark. This isn't a puff piece preview—He's got some reasonable criticisms based on what he saw. Despite his words (and he knows his stuff) I have to admit, I'm still pretty curious about it…

Despite the prevalence of vampires in popular culture, it's a little bit strange to me that they haven't been used in more video games apart from the type of generic bloodsuckers that serve as sword fodder in fantasy RPGs. Although I'm sick of reading about them, they seem totally ripe with potential for new types of gameplay.

Finally, my man @PeterSkerritt has a new blog up talking about the woes of the Wii U launch, and why being an early adopter might not be the smartest move. I have to say, he ain't wrong.