Been sort of scattered with the gameplay lately… at the moment, I'm still working my way through the excellent CaveIn: Miner Rescue Team on Community, in addition to the also-excellent Shin Megami Tensei: Devil Summoner 2—Raidou Kuzunoha vs King Abaddon on PlayStation 2. How's that for a title? 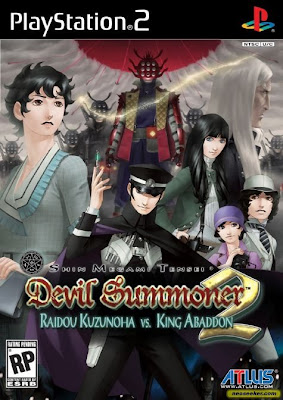 As for the rest of the game tidbits I've got under my belt, I'm saving them up for tomorrow night's podcast recording. We've been on hiatus for a few weeks since both Tim (the show's host) and I each had newborn sons enter our lives, but now that things have settled down a bit, we're getting right back to it. If everything goes according to plan, it should be posted before too long, and I’ll have a link to it here when it's ready.

Oh, also… for those who may have missed them, here are a few links to some recently published pieces: