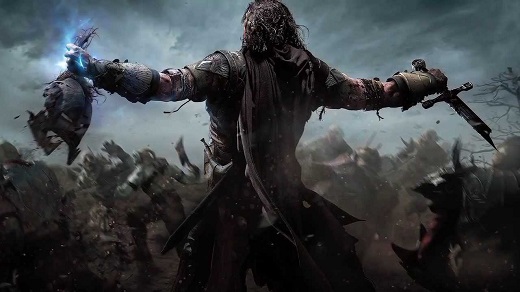 I've blogged about it a few times, but in case you haven't noticed, I'm pretty stoked for Middle Earth: Shadow of Mordor.

Like I've said before, the game wasn't even on my radar until I got hands-on at PAX, but it only took a minute or two before I was sold.

In case you're not familiar with the game, it's most easily described as an open world where the main character has mobility options similar to the characters in Assassin's Creed, and the combat tastes a little bit like the fistwork seen in recent Batman titles.

However, the real draw to the game and the thing that makes it stand out to me is the ability to mind-control orcs in Sauron's army. The player can go into a menu and see all of the commanders and generals currently under the dark lord's control. After doing a little intel, these guys can be located and ambushed. 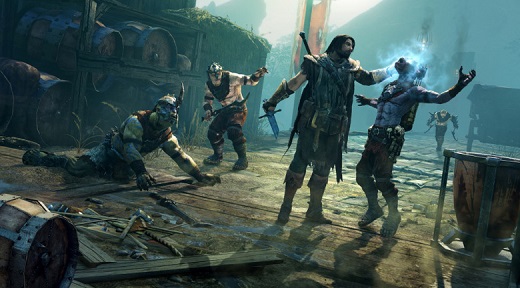 Once controlled, they can be commanded to perform other jobs, like defeating rival orc leaders, attacking the higher-ups in the chain of command, and various other things. It's a neat idea that I haven't really seen before, so taking that level of strategy and putting it on top of solid action game fundamentals makes for a very exciting package.

If my own lack of knowledge prior to playing the demo is any indication, I'm guessing that other people who would really be interested in Mordor probably haven't had it brought to their attention yet, so in order to rectify that, Michael De Plater from Monolith was kind enough to answer a few questions in this brief interview as a way of trying to get a little more info out about the game.

Here are my questions, and here's what he had to say!

BG: The main character appears to be a human who's sharing his body with a wraith of some sort. How canon will the plot of the game be, in relation to other LotR games, and to the films/books?

MD: The story is accurate to the Middle-Earth canon. The Wraith is the spirit of Celebrimbor, who is a unique and powerful character within the history of Middle-Earth. He was the Elven King who worked with Sauron on the forging of the Rings of Power before being dragged back to Mordor and killed by the Dark Lord. We explore some twists and turns in our story that explore why Celebrimbor's spirit remained bound to Middle-earth and why he was able to possess your human character, Talion, at the moment of his death

BG: How much customization of the main character will there be?

MD: Although Shadow of Mordor is very much an action game, we have do have RPG progression. We have skill trees for both the Ranger Talion and the Wraith Celebrimbor, and we also have Runes which are weapon upgrades connected to our Nemesis System (the unique, procedurally created enemies and bosses in the game.) Depending on the power, abilities and the way that you defeat your enemies, they drop Runes which you can use to craft your bow, dagger and sword. Side activities and exploration also allow you to collect a currency called Mirian to upgrade your core stats, add more rune slots and unlock some very powerful weapon abilities. On top of all that we have unlockable skins, such as Dark Talion, that change the appearance of your character.

BG: How big will the story-based missions in the season pass be, in relation to missions found in the base game?

MD: In terms of gameplay length, they will be of a similar size. What we're excited about is that they allow us to add some really fun new gameplay mechanics, and we are also able to increase the challenge for people who have played the main game.

Q: Are there any ‘safe zones' or headquarters for the player to visit when away from combat?

A: The Forge Towers which are unlocked as you explore are safe, and you can fast travel to them any time you are not in combat. As you explore the world, some areas are not crawling with enemies so you can focus on exploration and discovering collectibles and lore. 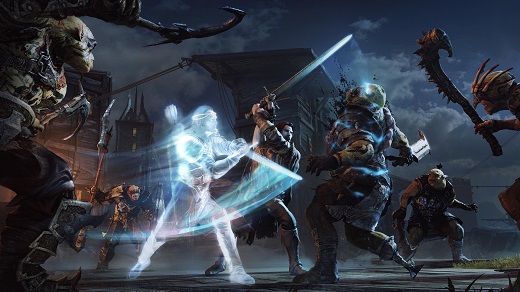 A: You can kill or dominate an entire hierarchy of a zone. However, as soon as time moves forward (if you die or travel to another zone) then there are new Captains waiting to move in and challenge you. The world never stops evolving. There's also no "non-lethal" way to win the game, you are going to need to kill and dominate your enemies to win and move the story forward.

Q: Are there sidequests adding LotR flavor that don't relate to the main storyline?

A: Yes very much so. In fact we have a large number of artifacts and collectibles that unlock lots of lore and flavor. There are also glyphs that reveal more secrets of Celebrimbor's past, and weapon challenges that reveal the legends of your sword, dagger and bow. The appendices contain a great deal of lore, as well as some beautiful concept art as well.

Q: If you had one sentence to grab the interest of someone who might not ordinarily be interested in a LotR game based on previous titles, what would you say to hook them on Shadow of Mordor?

A: Not only is Shadow of Mordor a deep action game, it has the potential for the most fun, varied, memorable and personal boss fights you've played, because they are created in response to your gameplay and your story.

Infinite thanks to Michael De Plater and Monlith for their time. For more information, you can read up on the game at the official website, and it should be available in retail stores and for download (PS3/PS4/360/XBO/PC) on September 30.