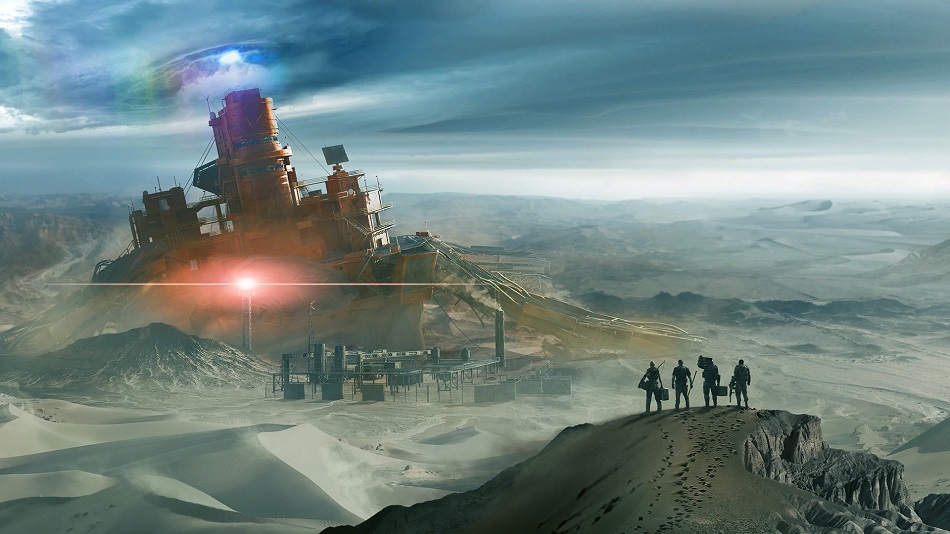 HIGH A fantastic blend of survival gameplay and tactical action.

LOW Too many people dead-set against the game for external reasons.

WTF The ‘restart only’ option on timed missions is a huge bummer.

I genuinely feel bad for the developers who worked on Metal Gear Survive.

Not only did they have to weather the turmoil that came from Hideo Kojima’s highly visible departure from Konami, they had the unenviable task of coming up with the next installment in one of gaming’s most iconic franchises, and doing so with the heavy knowledge that there was an entire internet’s full of sharp knives waiting to carve up whatever they created.

As far as I’m concerned, that team of creators deserves a hundred times’ more praise than they’ve received, because not only have they done an outstanding job, they did it under intense pressure and horrendous circumstances. 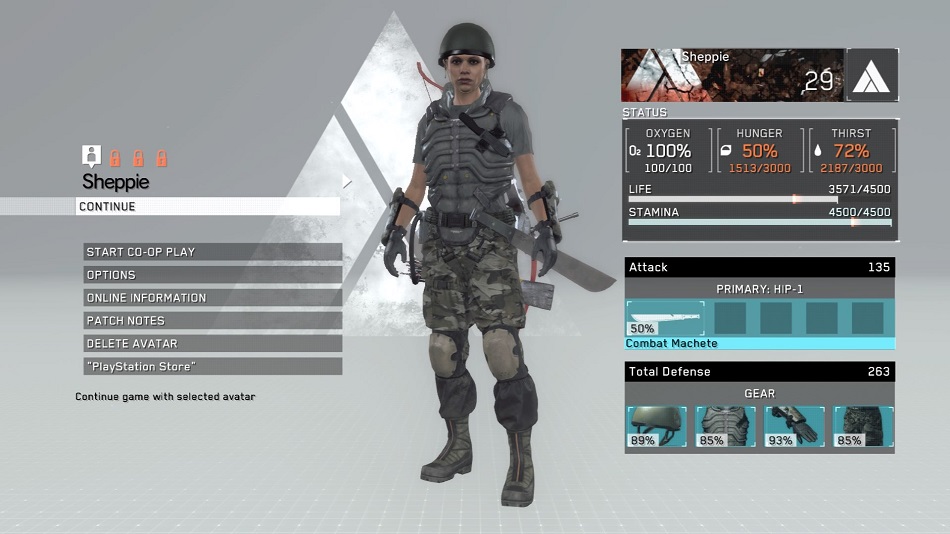 Looking back at Zack’s main review, we’re largely in agreement. However, I don’t see Survive as a weird, lucky fluke, but more of a measured design whose success is only seen as unusual thanks to its divergence from the core Metal Gear formula. It’s hardly the first, though – we’ve had several offshoots like the action-heavy Revengeance or the even stranger, card-based Ac!d titles. Perhaps fans have forgotten how weird the series can get, or maybe the Kojima kerfuffle tainted those who would have otherwise been open to what it offered.

Putting all of that stuff aside, Survive is actually a great game, and what makes it so great is that it does a marvelous job of depriving the player of everything they usually take for granted — it’s an intense lesson in appreciating the small things. While this might sound miserable, the devs make sure that there’s just enough to keep the player going, and when they finally carve out a niche and Survive becomes ‘thrive’, it’s a fantastically satisfying feeling.

For example, in any other game finding a metal pot would likely mean the player had picked up some junk to be sold at the nearest shop, but in Survive I gave an audible whoop! because it meant I was able to boil drinking water that wouldn’t give me diarrhea or make me vomit. The same goes for the first time I found potatoes. Picking up a few discarded spuds in an abandoned military outpost meant that I could finally start a small farm back at home to ease the ever-present danger of starvation. The sensation of overcoming constant adversity through hard work is richly rewarding. 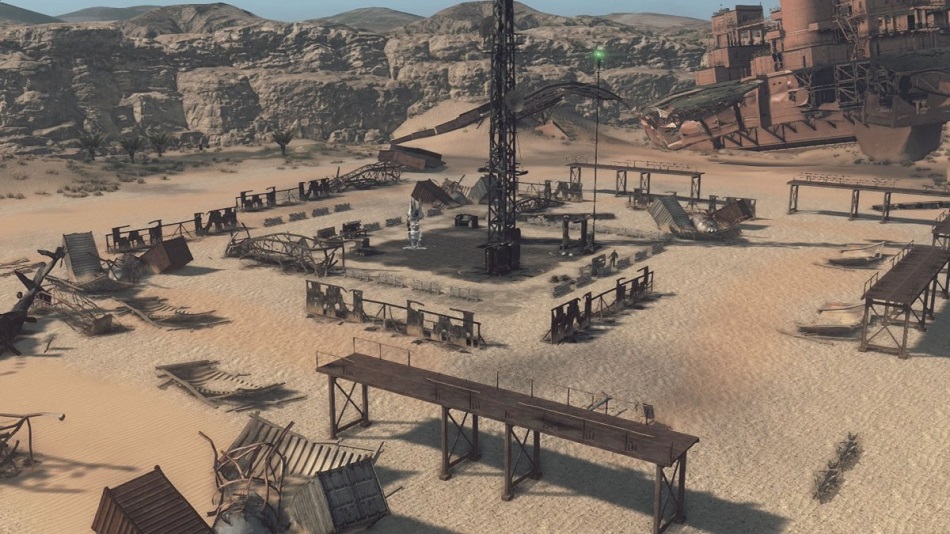 I felt a similar level of satisfaction when building up The Captain’s headquarters. The base of operations starts out with only the barest amenities and isn’t capable of sustaining life. Seeing it grow over time thanks to the materials I collected and the battles I won gave me a strong sense of ownership, and I was both proud and protective of what I’d built. This small oasis in the middle of a trans-dimensional hellscape felt like a home away from home, and coming back to it after a resource raid or hairy escape from zombie-filled territory was its own reward.

While the progression of the survival elements were spot-on, the other aspects of play were just as strong. Both combat and stealth are deep enough to give options in a variety of situations, but also flexible enough to let players fumble their way to some degree of success with luck and ingenuity.

For example, one of the most exciting moments I had was accidentally making too much noise in an encampment and getting swarmed by zombies. I had to abandon the loot I was after, but managed to dash away and leapt on top of a small hut. I tossed a clattering rock in the opposite direction and then laid flat on the hut’s roof while the herd passed me by. This impromptu maneuver bought me just enough time to bolt to safety, and none of it was scripted. While I had a dozen other crazy near-misses, it’s wiser to engage in some stealth and quietly backstab enemies before attempting to scavenge or defend. However, I appreciated that either route was often viable. 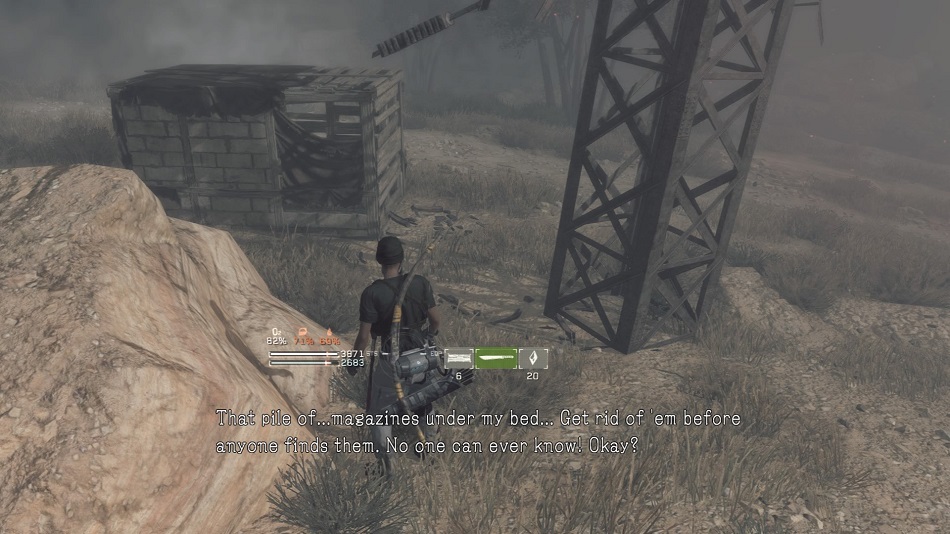 While all of the mechanical elements came together for me, the story was an unexpected treat. The cast of characters was personable, and the script had enough twists and turns to satisfy while also staying pleasantly straightforward. The narrative kept the game moving ahead without devolving into nonsensical doublespeak, cryptic references or impenetrable lore, and was a perfect complement to the gameplay. By the time credits rolled, I felt entirely satisfied with the tale and was glad to have experienced it.

Survive is an outstanding melding of traditional survival concepts and the style and themes that Metal Gear is known for. It may no longer boast the input of its creator and it may tread a different path than series fans expected, but those willing to give it a chance will find a well-crafted, polished experience that delivers satisfying gameplay and a tightly-written story to match – As far as I’m concerned, the team at Konami nailed it. And remember — when those potatoes turn up, plant ’em! Rating: 8.5 out of 10

Hi Brad – is this game Deaf Friendly? I am reading this since you mentioned this game in your 2018 Top Ten list.

And here’s the D/HH info: Deaf & Hard of Hearing Gamers: Subtitles are available to the player. UI on the screen makes it easy to know when players are hurt, in danger or being attacked without need of sound. It’s fully accessible.

Mark B
Reply to  Brad Gallaway

D-Oh! I should have noticed “Second Opinion” and searched further for Zack’s review…

My PS4 copy of Metal Gear Survive arrived today and I am loving every minute of it! Wow, hard to believe how harsh the critics and the game reviews were… Mob mentality?

Like you, I hope the Konami staff realized the gem they have created…

Good for you for checking it out for yourself. I’m sure it’s not everyone’s cup of tea, but I agree… People seemed more than ready to burn the game before they even spent a minute playing it. Taking it for what it is, I thought it was a great survival game.