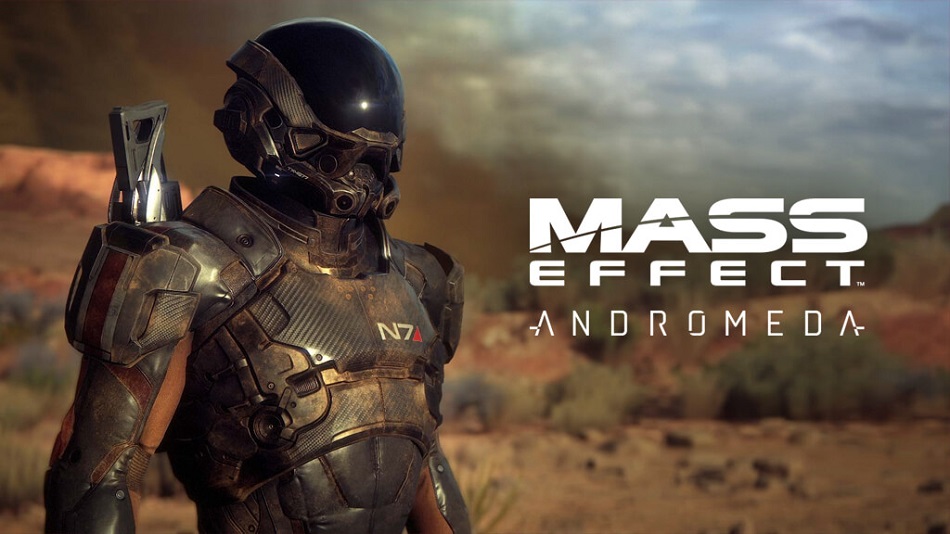 So, I’ve had Mass Effect: Andromeda for the past three or four days. I’m maybe 15 hours into it, give or take. At the moment, the staggered embargo covering the game only allows me to discuss what amounts to a large chunk of the first main mission.

Before getting into my impressions, I think it’s worthwhile to note that the first Mass Effect is my favorite game of all time, and the trilogy as a whole is one of my most beloved gaming experiences. Let there be no mistake, I am absolutely A Fan in every sense of the word, and I’ve been looking forward to Andromeda since I knew it was a thing.

With this in mind, no one could be more upset than me to find that the opening hours of Mass Effect: Andromeda are, for me, approximate to being a worst-case scenario.

There are plenty of other impressions and videos already up on the internet, so I won’t spend time mirroring the same points, but if you want to read one that does a good job of listing things out, this piece by @botherer is pretty much dead-on correct.

So, getting back on track here, the thing that struck me first and foremost — and the thing that bothers me more than anything else — is that storytelling, pacing, dialogue and characters are just… Off. Not just new, or unfamiliar or unusual… but off.

The premise is that the player is a “Pathfinder”, and the role isn’t well-established or well-explained, and rather than letting us get to know the main character (named Ryder) we jump right into a mission without much context. By the end of the brief sortie, the player is thrust into a position of power far too soon — it doesn’t feel natural, and doesn’t feel smooth or logical. 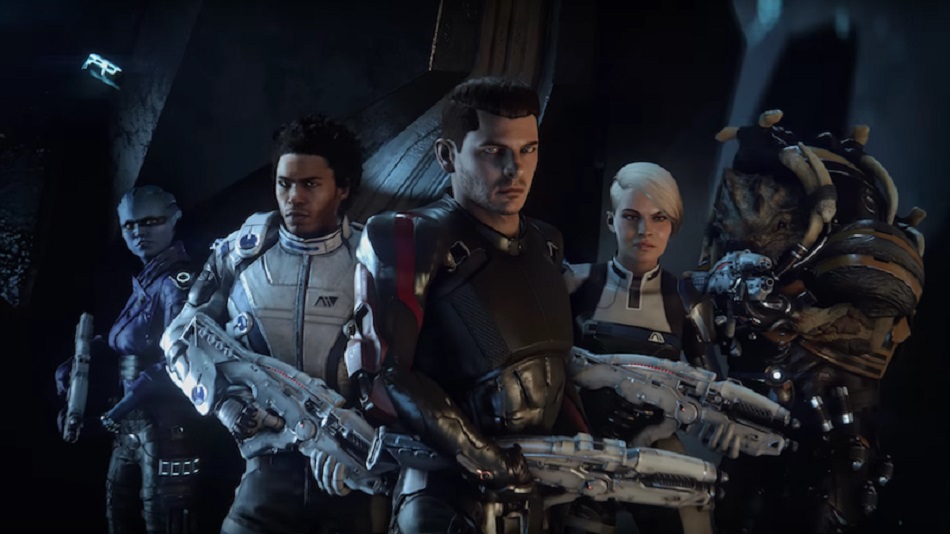 That’s generally how the game goes for several hours to follow… There’s never much context for things that happen, the story stumbles along like it’s playing drunk hopscotch without properly bringing the player along, and there’s little motivation for doing anything beyond a gamer’s base instinct of going towards quest markers on a map. Of course there’s little bit of text given for each task, but I never felt motivated and none were convincing or compelling enough to care about. Andromeda itself hardly seems to care. In one quest, I was encouraged to go find three pieces of a mystery device, and once I found all three, the quest ended with the equivalent of ‘Good job, thanks!’ and that was the end of it. No payoff, no further developments.

The same shoddy craftsmanship goes for the characters. My Ryder seems to swing back and forth between being dead serious and a party animal. Half the time she seems to have no idea what she’s doing, and she’s the Inspiring Voice Of Authority in the others. The supporting characters are just as bad. The player gets almost no time to know who they are, and the script spends a hell of a lot of time telling and not showing or doing. Rather than going through a mission to get to know my teammates, they simply are my teammates despite the fact that I can’t remember their names and we’ve had no opportunity to bond, nor do we have a reason to come together in a believable way.

The gameplay is open-world which is fine, and I was happy to see a return of more exploration elements, but at the same time, it seems like there’s too much focus on resource gathering and finding generic doodads instead of properly setting up interesting events or environmental storytelling. There’s also mining in space and on the ground, in addition to having the player pick up resources, and all of this is used in a clunky and overcomplicated interface to create blueprints, which are then used to create the actual items. This is not compelling activity. 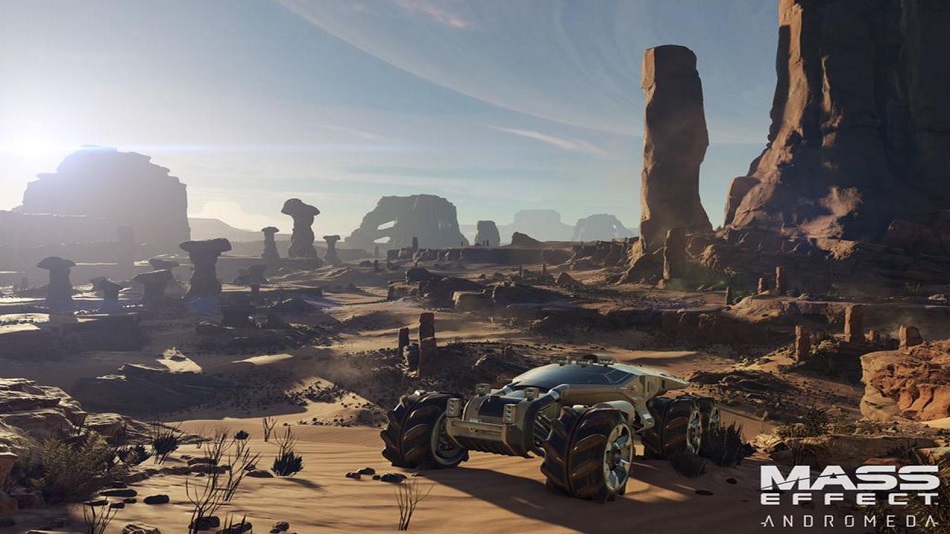 I could go on and on about what I don’t like in Andromeda (the animation, the character models, the time wasted navigating in space, the busywork…) but I will say that Ryder’s jumping and general mobility in combat are nice, and I was thrilled to see the addition of a Mako-like vehicle called the Nomad. Those are Good Things.

So, this is where I stand with Andromeda after the first chunk that I’m allowed to speak about, and my current evaluation is abysmal. To be brutally honest, I’m having a hard time imaging that the game is going to “get better” as it goes on – when a game fumbles its opening this hard, it rarely improves in any meaningful way after more hours invested. I would have never imagined that a new entry in one of the biggest IPs in gaming and one of my all-time favorite series would leave me wishing I was playing something else, but here we are…

I find out what’s really weird with facial animation, It’s the eyes! They somehow don’t match with the face texture. Some caracters also have different iris color

i’m really bummed out, many reviews on this game are quite negative. I was hoping for a great game in line with the trilogy, comparable to Witcher 3, but this simply sucks. The gaming industry is really going downspiraling with so many bad products, exept for few gems, there is nothing worth playing

You really have to wonder what’s been happening at Bioware that they got to this state of shoddy writing and design. Is it because of EA, or internal foul-ups? Either way, it is a shame to see them have fallen so far since Mass Effect 2 and Dragon Age: Origins are some of my absolute favorite RPGS.

Also, for a while I was upset that this would be the first Mass Effect game without Jennifer Hale voicing the protagonist, but considering how inconsistent Ryder’s character is like you mentioned, probably best her talent isn’t wasted.

I know your question is primarily rhetorical, but I believe that it has a real answer. 1. The founders sold the company to EA in 2007. From the date of the sale until the time they left five years later, they had–I believe–zero real involvement in game design. Probably they were just marking time on their retention agreements; it’s no real surprise that they announced they were leaving EA five years and one day after the EA’s acquisition of Bioware. 2. Their best writer, Drew Karpyshyn, left in early 2012 and, from what I understand, had little to do with… Read more »

Well written synopsis. Sad to hear, but I applaud your willingness to speak so candidly on your observations.