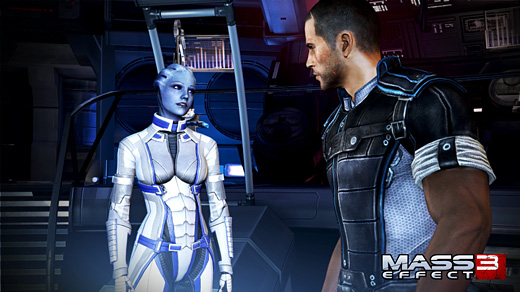 So, as pretty much everyone in the game-o-sphere knows, Mass Effect 3 is released to the public tonight at midnight. In fact, you may even be reading this as you're standing in line outside your local Gamestop. Without a doubt, Mass Effect 3 going to be one of the biggest, most important releases of 2012. In some ways, it's also a test for BioWare—after developing legions of loyal fans thanks to their high-quality Western-styled RPGs, their future was called into question due to lackluster titles released after being acquired by Electronic Arts.

Despite multiple assurances that nothing in their studios would change after EA made the purchase, there was no question that the games just weren't the same. Although many critics did not call them on the carpet for it, there were strong waves of negativity from the fanbase. Mass Effect 3 is the first major title they've crafted since getting this feedback, and no one has been more curious than I to see what the result would be. I was fortunate enough to get an early review copy of the game and at this point, I would estimate I'm about halfway through the campaign. Although I haven't seen enough of the game to give a final verdict (and this blog is not in any way a review) I will say this:

Mass Effect 1 is my second-favorite game of all time. I gave it a perfect score. The GOTY version even has my quote on the back of the box. Mass Effect 2 was misguided and disappointing. I gave it the lowest score on Metacritic. As for Mass Effect 3?  Based on what I've seen so far, it's not perfect… but it's an electric, exhilarating ride, and in many ways can be seen as a redemptive return to form for BioWare.

I have little doubt that Mass Effect 3 is going to do gangbusters at retail, but I would like to take this moment to give a little bit of spotlight to other releases that deserve some attention. I've always seen myself as a bit of a champion for the underdogs or the little guys, so if you've got room in your budget for one more thing at the moment, you might want to consider…

I'm nearly done with the campaign and a review should be up very soon, but it's a totally fresh, highly original take on the puzzle genre. Absolutely recommended.

A physics-based puzzle-platformer, I've only played through the demo (and maybe a little more) but I loved what I saw, and my gut is telling me that this is definitely going to be one to watch. 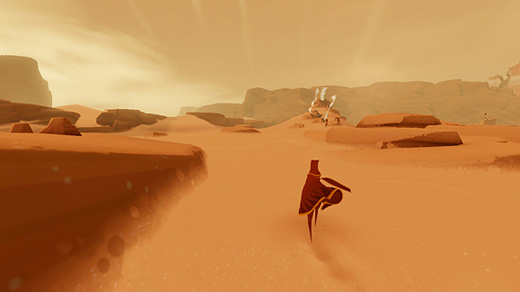 I hardly think I need to explain this one since it's been met with nearly universal acclaim in the critical sphere, but this moody, emotive tale of a traveler in the desert comes from ThatGameCompany—and they don't make bad games. 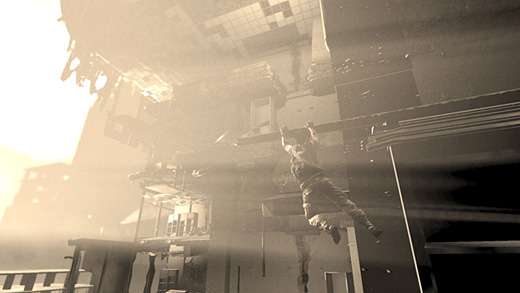 I haven't had any time with this one at all, but I am quite excited about it. It's a post-apocalyptic survival-themed platformer, and I can't wait to get my hands on it. Keep your eyes peeled. 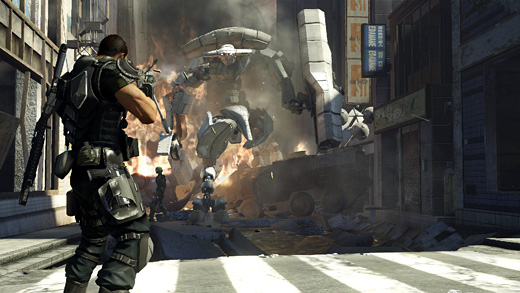 This one is a third-person shooter with squad-management elements and an awful lot of robots to dismantle. I played the demo and loved it, and nearly everyone I've spoken to has had nothing but good things to say about it.

…So there you have it, five other things to check out in addition to that giant AAA blockbuster I mentioned at the beginning. The little guys need love too, so like I said… if you've got a few extra bucks  keep them in mind. Or hey, if for some reason you're not going to be on the Mass Effect train, maybe get all of them instead?

I’m glad you’re having a good time with the game, it gives me hope that I might as well if I keep going. I’ve quit playing for the time being, and will come back to it later, hopefully with a better attitude.

One last question, if you’ll humor me: Do you think going into it with low(er) expectations has helped you get more from it? Put another way, if this game were to have followed ME1 rather than ME2, would you have the same assessment?

Hey there, So, to answer your comments… First off, no one could have been more surprised than I was to find that EA sent a review copy. I mean, I gave ME2 the absolute lowest score on Metacritic and I drowned in a sea of hate mail after doing so. I hardly imagined that I would be on their list of people to send to. That said, I’ve been writing reviews for about twelve years now. I think that if you look back on my history, my scoring record speaks for itself and all I can say to you is… Read more »

In reply to your moderation: Given the abundance of perfect reviews that other, completely ethical and honest (by their own declaration) websites have given to this deeply flawed game, a reader could, I hope, be forgiven for being skeptical. The stakes for Bioware and EA right now could not be higher. Considering the ludicrous amount of time and money they have spent marketing this game, any prospective customer would be wise to carefully consider whose assessment they trust, when games are such an expensive leisure, and publishers have such great influence. GameCritics, and Brad in particular have always been my… Read more »

I consider Brad’s professed assessments of ME1 and ME2 to be almost identical to my own. Likewise, the impression he gave on the most recent GameCritics podcast re: the mass effect 3 demo was skeptical at best, citing the rushed intro among other concerns, and again I agreed. During that podcast he also stated that he had preordered the full game, and would be paying for it on day-1 with his own money. Now comes this article, in which Brad reveals that not only has he been given a review copy in advance by EA, but that his impressions of… Read more »

Hi Brad, After Dragon Age 2 and Mass Effect 2, I’m perfectly content to wait 6 months to pick up a cheap, used copy of Mass effect 3. I’ll down a beer or two and with the heavy lidded eyes and morose apathy of a broken-hearted man, I’ll toss the disc into the tray of my 360, only half caring if it lands face up. Following a nostalgic gaze out the window, I’ll sigh and take a long drag on a cigarette, despite being an avowed non-smoker. Then I’ll flop onto my sofa, power on the 360 and, after vaguely… Read more »