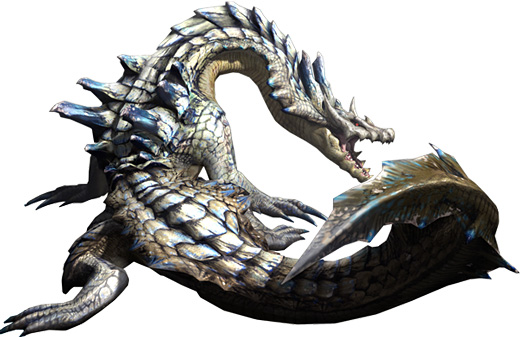 Although I haven't talked about it in a while, I've still been putting time into Monster Hunter 3: Ultimate.

With my wife into it as deeply as I am and my oldest son here for the summer, there's been plenty of opportunity to play multiplayer locally and I've been happy to take advantage of it. We've been chipping away at it steadily, and our overall goal is to take down the Dire Miralis before my son goes back to his mom's house… We've got about three more weeks to go, and we're feeling hopeful.

That's a multiplayer goal, though. As for me personally, I've been stuck on the mission titled Mark of a Hero. Spoiler: It's hard as hell.

(Now I'm going to get a little "inside baseball" here because I just completed it and I couldn't be more thrilled, so pardon me as I get super specific in describing it. Fair warning: if you're not a Monster Hunter player, the rest of this post is probably going to sound like a bunch of nonsense.)

So this mission consists of two parts. The first is a G-rank Ivory Lagiacrus in the Arena. After he goes down, the second section is fighting a G Brachydios and a G Azure Rathalos… at the same time… in the same Arena. I've been told that the monsters actually have a High-Rank amount of life, but they certainly hit at G-Rank levels, so it's not really that much of a break.

In any event, it took me about 10 or 12 attempts before I finally saw victory, and here's how I did it—

First, my gear was the Azure Rathalos Z armor, DEF 650 and decorated for HG Earplugs, Critical Eye +3, Fencing and Perception. (Although ironically, I forgot to bring paintballs on my winning run, so Perception ended up going unused.) My weapon was the Demolition greatsword with 1224 raw damage and 400 Slime attack. I drank a Mega Demondrug and a Mega Armorskin too.

I started the Ivory Lagiacrus section with a pitfall trap and let him have it, and then proceeded as normal with the battle. This is definitely the hardest part of the quest, and I think what finally made the difference for me was bringing along a Farcaster and enough materials to make more. I don't know why it didn't occur to me earlier, but taking those short breaks helped a ton—not only was I able to conserve potions by sleeping in the bed, it was nice to be able to sharpen and eat meat without worrying about getting rushed. 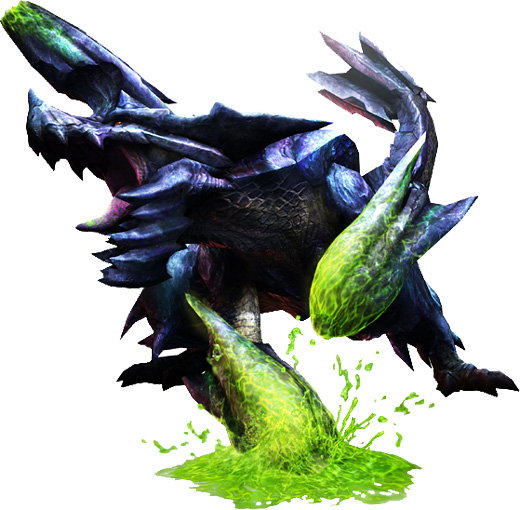 He went down in about 10 minutes or so, and I was a little surprised at how quickly that went once I found a good groove. Once the Lagiacrus was gone, I made a beeline for the Brachydios and started wailing on him while he was still doing his initial look around/roaring sequence. I knocked him down once, then drank a Mega Dash Juice to run around the arena without running out of stamina.

The common consensus on this battle is that it's best to have the Brachy and the Rathalos pitted against each other so that the "friendly fire" wears them each out while you concentrate on dodging attacks. This works well, but my earlier mistake was to try and get the Rath to take down the Brachy by keeping him between us. I figured it would be easier to take down the Rathalos in a 1-on-1 fight, but he just doesn't have enough juice to win when the two of them are trading blows. Once I resigned myself to the fact that the Brachy would be the last one standing and started keeping the Rath in the middle, it went better.

Even so, the majority of my effort was simply dodging, and I only came in to strike when one of the beasts was visibly tired, or if one got knocked down. The rest of the time just me running around while trying to lure the monsters into striking each other, using Kayamba's Pitfall mask as often as I could and Farcasting out when things got too hairy, or when I needed to catch a quick breath.

Upon returning to the arena after a 'cast, I noticed that the Rathalos was limping (he hadn't spotted me at this point) so I threw down a Shock trap and luck was on my side as he came straight for me and stumbled right into it. My tranq bombs were ready, so I tossed a couple and he was gone.

Once I processed that there was only one monster left, I started mildly freaking out and tried to force myself to stay focused. From this point on, it went like a standard Brachydios battle with the Shakalakas pitching in and I was shocked to see that the fight only lasted for another three or four minutes before the Brachy went down.

Monster Hunter is well-known as a game that can present a stiff challenge to players, and in all the time I've spent with the series, I can think of very few battles which were as taxing as this one (though the double Rajang mission in Monster Hunter 3: Ultimate springs to mind.) The feeling of victory after all my previous defeats was incredibly sweet, and the sort of rush that comes when you know you've pushed yourself to the limit and come out on top.

I'm going to sleep well tonight, and I hope that some of the information in this narrative will be of some help to those of you who will be attempting this mission on your own later on.