I've gotta say, being a dad is the e best thing in the world. My son's spring vacation with us just started yesterday, and things are going great. Honestly, I wish he lived here full-time… I see so much of myself in him and I understand him so well, it's hard to live with the fact that some random judge somewhere decided he needed to spend most of his time someplace else.

Anyway, now that he's older, more able to understand complex ideas and has improved hand-eye coordination, we've been tackling some games that would've been too tough for him a year or two ago. This time, it's Naughty Dog's Jak & Daxter, on PS2. 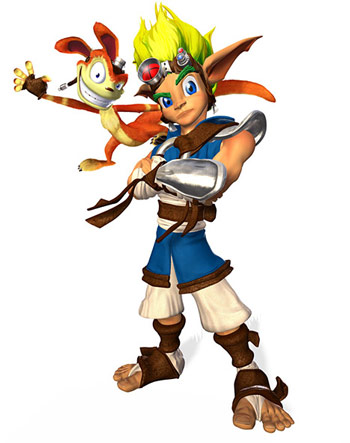 He's able to get through most of the challenges and navigate the environment pretty well, and only needs a little bit of coaching through some of the trouble spots. He may have to try a few times and frustration is occasionally a factor, but he powers through like a real trooper. Seeing the satisfaction he gets from doing a tough part is a reward all its own.

Picked up Grand Theft Auto: Chinatown Wars on DS a couple of days ago. Tim Spaeth from the podcast was raving about it, and if I'm not mistaken, I believe the words "game of the year" were in there somewhere. I hadn't originally intended on picking it up, but after hearing his praise I decided to take the plunge since I had a little extra trade credit on hand. 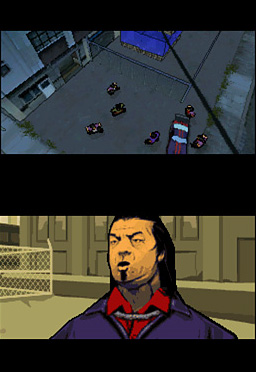 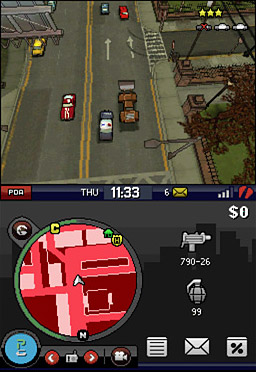 In terms of production it's certainly got everything nailed down tight and I am impressed by the ability of programmers to pack so much onto the DS, but in all honesty, I got quite bored of it almost immediately. It's the formula. I've played every single GTA since III, and only really enjoyed two of them. Starting up Chinatown, an intense feeling of overfamiliarity hit me and my eyes started to glaze over. The minigames are kind of neat and having the scope of experience on a portable is nice, but I think I'm just over GTA in general. Seriously, how many times is Rockstar going to have a person arrive in a city, get beat up, and then join up with a crime syndicate to take on missions? The driving, the jacking cars, the whole thug life thing… it's just feeling really played out right now.

Also started up MadWorld tonight. Didn't have much time to play so I only completed the first world, and impressions are mixed… the black and white art design is certainly striking, but I'm not sure that it works very well in terms of being able to differentiate my position in each area. I noticed I was getting turned around a little more than I usually do when starting a new game, although maybe that's just me. In terms of gameplay, my friend Gene Park was right when he said that it was a lot like God Hand, just not as hard and with better controls. That's a pretty fair estimation, I'd say. 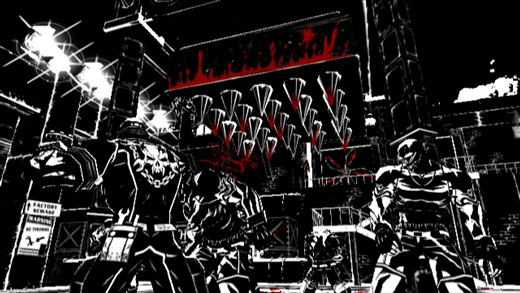 I'm certainly not averse to hyper-violence and the like, but I have a sneaking suspicion that the game is going to start feeling repetitive before it's over. I'll reserve final judgment for later, but for the moment, I note that my socks are still on.

And just to put this out there, please note that both GTA: Chinatown Wars and MadWorld remained on a high shelf and unplayed until after my son's bedtime… I absolutely believe in having the right to play whatever a person wants to play, but I also believe that kids shouldn't be exposed to games that aren't appropriate—and both clearly fall into the inappropriate category. Parents, do yourselves, your children, the industry, and the world a favor and keep M- and T- rated games away from young ones. That is all.