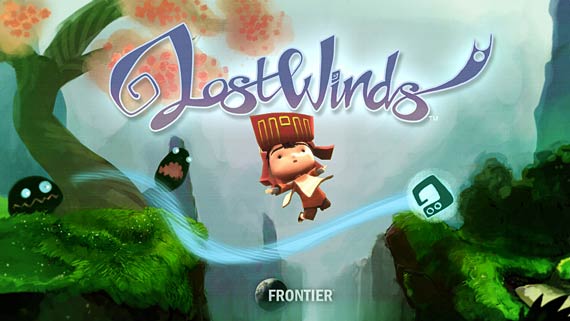 One of the inaugural releases for Nintendo's new WiiWare download service (comparable to Microsoft's Live Arcade or the small-scale offerings available through the PS3's PlayStation Store) LostWinds is a good ambassador for what's to come and a satisfying, if diminutive, package all on its own.

Simple and elegant, LostWinds tells the story of a small village boy named Toku and the disembodied wind spirit that befriends him. The plot is good enough to get things going, but it's clear early on that the focus is on the controls.

Employing Nintendo's Wiimote and Nunchuk combo, LostWinds makes better use of them than the vast majority of full-priced retail software available for the system. By directing the on-screen cursor, the player can channel gusts of wind used to lift the mostly-helpless Toku to high ledges, aid him in making long jumps, and so on. 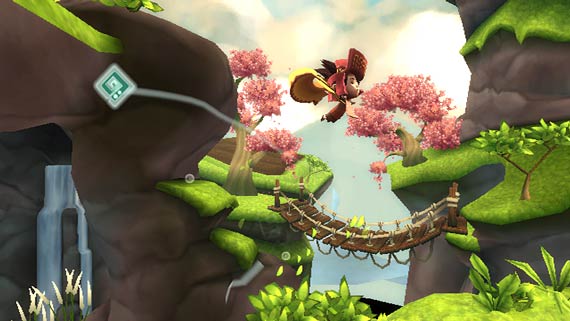 New abilities are granted to the player in short order, keeping the mechanics relatively fresh until the end. This is a good thing because the novelty of the control interface soon wears off, and the game never gets more complex than finding ways to navigate through the environment or moving rocks onto pressure switches. Seemingly aware of this fact and exercising restraint, the developer wisely chose to end the game before players get a chance to grow tired of it. Some may be surprised at the two-to-three hour completion time, but it's always better to leave players wanting more than it is to wear them out and bore them to death before it's over.

Everything LostWinds does could be effectively duplicated with a standard controller, and helping Toku glide or using thrown enemies to break gates isn't very complex stuff. However, I do grant that the immediacy of using the Wiimote and its ease-of-use are both appropriate and appreciated. This is one instance where I didn't feel that the motion control was tacked-on or unnatural, and for that alone the game is noteworthy.

LostWinds isn't something that will impress friends or provide hours of replay, but it's an enjoyable and enjoyably discrete experience that made me glad I downloaded it. If WiiWare continues to offer small games of this quality (or better) then it's got a very healthy future ahead of it. Rating: 7 out of 10.

Disclaimer: This game is available through Nintendo's WiiWare download service only.

There isn’t any talk about graphics or music in the review above. Perhaps that’s Nintendo’s gameplay-driven trend at work. In case anyone was wondering: the graphics and artistry are very strong (as the screen shots illustrate nicely), and many little plant and flower pieces respond to the gusts blown around. The music is relatively weak, with only a couple charming, yet forgettable songs.

well, the fact is that being different for the sake of being different (like most Wii-controlled games) serves no purpose, and actually hurts a lot of games. i mean, games are based on the idea of *control*, so any game that delivers a less-than-acceptable level of specific control is a poor game.

if the titles running on the lil’ white wedge start taking better advantage of what makes them different in the first place, i think you’ll see my current stance soften even further.

your sentiment is appreciated, though. ; )

I am pleased to see that Brad is starting to get off this attitude that any game where Wii-mote playpack could not be in any-way-shape-or-form-replicated in standard controller form counted as a notch against a Wii game.

That said, playing Lost Winds as-is on a standard controller would blow.