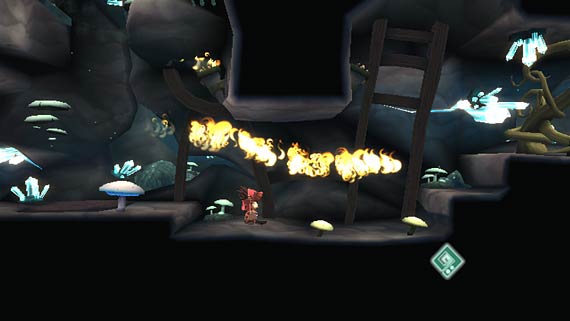 Parents, have no worries. This game is simple, clean, and completely harmless. I'm actually a little surprised that "violence" was even mentioned. The only examples to be seen are squashing black blobs with gusts of wind, or dodging the weak attacks of the boss at the end of the game—big handslaps, effectively. This game is about as safe as they come.

Download fans will be treated to a quality experience that truly takes advantage of Nintendo's hardware. It's not very complex or mind blowing, but it's well-done and shows both style and intelligence in its design. Be aware that the game can be completed in about two to three hours, but it's enjoyable all the way through. Personally, I'd rather have two hours of "solid" than six hours of "mediocre," but your mileage may vary.

Deaf and Hard of Hearing gamers will have no problems. The only dialogue in the game is provided through subtitles, and there are no important auditory cues for gameplay. It's totally accessible, so have no fear.