The good people at GungHo recently released six "classic" Japanese PS1 games on PSN. They are currently available in the "Imports" section for $5.99 each, and they're in their "original, unaltered" Japanese state, meaning that no localization work has been done on any of these.

In the interest of disclosure, it should be known that GungHo PR sent me a code for all six games for the purposes of evaluation. It should also be known that I had never heard of any of these titles, so I was walking into all six with a totally clean slate.

Specific info on the language barrier will be given for each title below for those (like me) who don't speak or read Japanese. 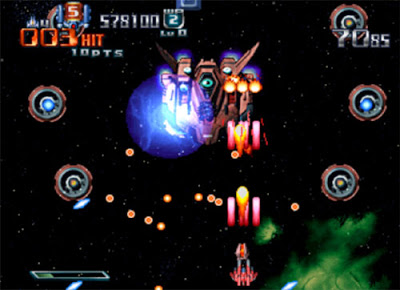 This one is a compilation of Zanac (apparently an old 8-bit vertical shooter) and Zanac Neo, a vertical shooter which is more obviously from the Playstation era. Although people I spoke to on Twitter seemed to have some awareness of these titles, I had no nostalgia for either. Zanac seemed like a totally average title for the NES, and I didn't see any particular hook to keep me playing Zanac Neo more than two or three times.

Language Barrier: Minimal. Zanac has no English text, but it's a shooter. Zanac Neo has English menus. 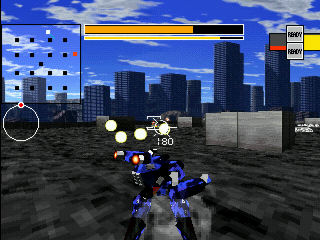 This title might be of interest to mech-heads and Armored Core fans. Essentially, the player takes control of a robot made up of approximately four polygons, and can either do arena battles or enter open environments with rudimentary terrain. Although fairly crude from a technology perspective, this one might be somewhat interesting since it's apparently possible to mix and match parts, change colors, and do all sorts of things that mech fans tend to enjoy.

Language Barrier: Massive. This one requires mastery of Japanese to navigate all of the menus and detailed options. It was extremely intimidating and confusing, and I didn't get far. 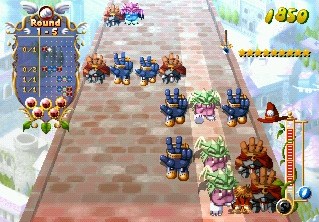 In this game, the player takes control of a little wizard who is walking towards the top of the screen on a narrow roadway. Enemies in vague scissors/rock/paper shapes come towards him, and he defends himself by shooting magic spells that trump whatever creature is in his path. It's fairly cute-looking, but the formula is dead simple and the appeal ran out pretty quickly. Fun for five minutes, maybe, but not quite as entertaining as doing the same thing (while trash talking) with a friend.

Language Barrier: Minimal. The options are in English, and the game is pretty straightforward. The Japanese wasn't too much of a problem here. 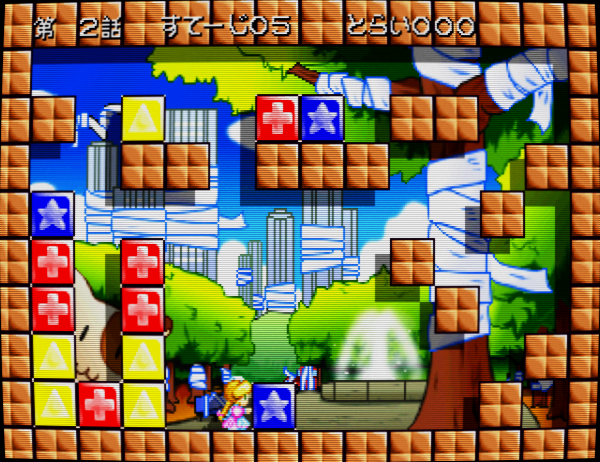 I have no idea how they came up with the title for this game since there are no vegetables or dressings in sight. Instead, it's a 2D puzzle-platformer that tasks players with pushing blocks around levels in order to make three of the same color touch. Match three and they vanish. Match everything on screen, and the level is cleared. I really liked the visuals for this one, but actually playing was unbelievably frustrating. The jumping felt sticky, and I often pushed a block when I didn't mean to. In most modern games this wouldn't usually be a problem, but this title is from the archaic "one wrong move and start the level over" school of design.

Language Barrier: Minimal. The menus are in Japanese, but it was easy enough to get into the game and start playing. What you see above is basically what you get. 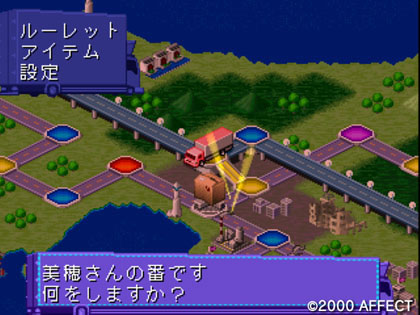 Out of the entire bunch, this is the one that was the most confusing and hard to penetrate. Apparently, it's some sort of a board game where the player is driving what I assume to be a delivery truck. The turn starts by spinning a steering wheel, then the truck can move a certain number of spaces. Words pop up. Things happen. If you get lucky, you win spoiled clams. At least, I think those were spoiled clams.

Language Barrier: Massive. The entire game is in Japanese, and reading text plays a huge role. It took me ten minutes to figure out how to get out of the name creation screen, and I had no idea what the rules were, or what I was supposed to be doing. I was totally lost the entire time. 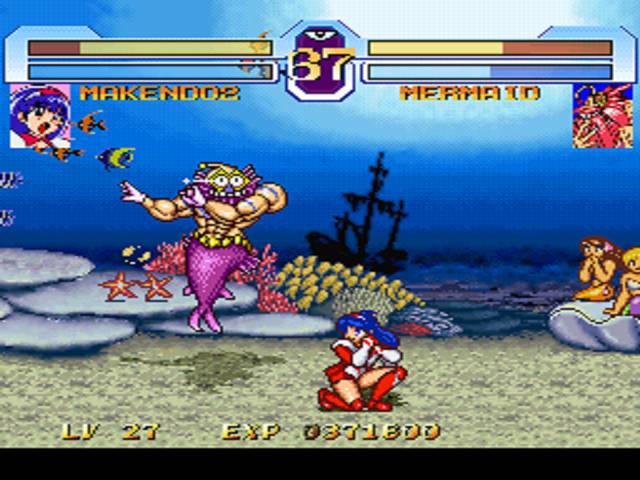 Apparently this was a port of a SNES game, and it looks it. I have no knowledge of what property this game was based on (or perhaps some property was later based on the game?) but it's a crude fighter that is most definitely from the time period before developers had sussed out how to do them properly. The characters are wacky and the overall tone is humorous, but the AI can be brutal and the fighting genre isn't one that's very enjoyable unless the engine is completely dialed in. This one's is… not.

Language Barrier: Minimal. The entire game is in Japanese except for the names of the characters, but it's simple enough to start playing. Be prepared to skip past all of the talky cut scenes, though.

And there you have it. For more information on these or other GungHo titles, click on over to GungHo Online and tell them I sent you!