Progress on the Speaking in Forked Tongues edits has been going well. At this point, I think I'm about a third through what needs to be done, and although I would've preferred to have been a little further, I'm not complaining. Not much else to report other than to say that it's coming along. 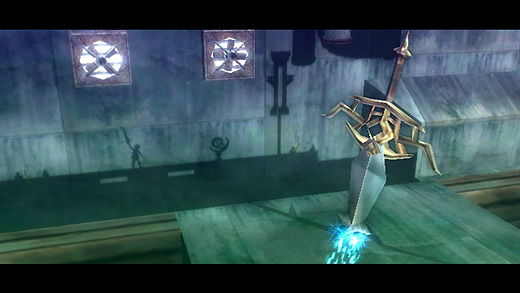 I don't know exactly what it is, but I've been in a bit of a game slump lately. I haven't been very excited (or incensed) by many recent releases, and I was a little hesitant to commit to a review while feeling so generally wishy-washy. Still, I usually average one review a week, and it feels a little weird to not be working on something.

Under these circumstances, I started up Lost in Shadow, a recently released art-house platformer on the Wii. (And wow, I can't remember the last time I turned the thing on.)

In case the name isn't ringing a bell, this is the one in which the player takes control of a boy's shadow and makes progress by jumping and climbing on the shadows of objects in the environment. Manipulating light sources moves the shadows around, and gives the player an extra element to contend with as the journey unfolds.

Early impressions are good. The aesthetic and art design is appealing, although there is no question that the quality of the game shares more than a little in common with Fumito Ueda's ICO and Shadow of the Colossus. This isn't necessarily a bad thing since I'm a huge fan of both of those titles, but the similarity in tone and vibe is a bit eyebrow-raising.

The premise of the action happening on the plane of shadows is a good one, and there are certain segments that are quite clever—the depth of field on-screen creates some neat visual effects, and shifting my brain to pay more attention to the background rather than the foreground is a pleasantly heady feeling.

On the other hand, there have been a few sections that felt quite "gamey" to me, losing the sense of being a shadow in a real environment and instead replacing it with a series of platforms and levers that don't make any sense in three dimensions. The combat feels a bit dodgy, as well. I'm still quite early in the game, but so far it doesn't seem any more complex than rushing forward and mashing the attack button. A block or a dodge maneuver (granted, there may be one later) would be quite welcome.

Although I'm liking it well enough now, the play has been fairly one-note and I found my attention wandering after a handful of levels. Speaking to a few reviewer friends, the word is that the game apparently takes about twenty (!!!) hours to complete, and if that's true, that's entirely too long for an action game of this sort. If the formula doesn't vary much from what I've seen so far, my feeling is that this would have been a perfect fit as a reasonably-sized DLC adventure. As a twenty-hour campaign? Hmm… not too sure. 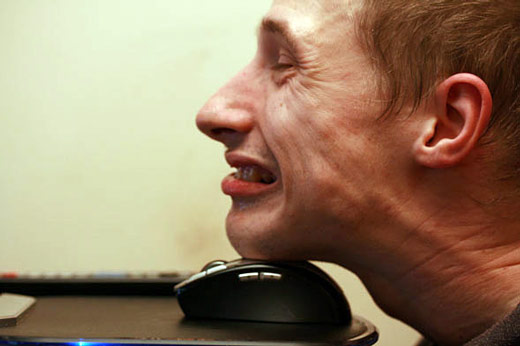 In other games news, PC Gamer recently ran a story by Dan Griliopoulos (@GriddleOctopus) about a disabled player in the UK named Gareth Garratt.

This particular piece was quite touching, and I've got to say that Gareth must certainly be one of the most hardcore gamers I've ever heard about. As much as I enjoy videogames, I'm not sure that playing by manipulating a mouse with my chin would be enjoyable enough for me to continue to choose games as my hobby of choice. My hat is off to you, Gareth!

Anyway, the piece speaks for itself (so I will let it do so) but this is just another example of an area where games need to advance. Although some developers get it, far too many completely overlook disabilities of also kinds—control re-mapping options, visual cues for auditory input, even something as simple as having subtitles for dialogue isn't an industry standard yet.

Surely we can do better.

While recording the most recent GameCritics podcast, host Tim Spaeth called out a brand-new video from musician Stan Bush. Although the name may not be well-known, anyone who's ever seen the original animated Transformers movie will surely recall the surprisingly-rockin' soundtrack.

Stan's still writing tunes apparently, and the above video is his latest. However, I'm not including it here because I'm in love with the song. No, I'm including it because the video is absurdly ridiculous. Take a look and see for yourself.

Finally, I admit that I don't usually post links or comment on things that feature cuteness as their primary draw, but this featuring a little boy performing Jason Mraz's "I'm Yours" on ukulele is just too adorable for words. Why? The singer doesn't know any of them. This video has received something like thirty-five million hits so the odds are that this is old hat to you, but I only just saw it the other day for the first time myself.