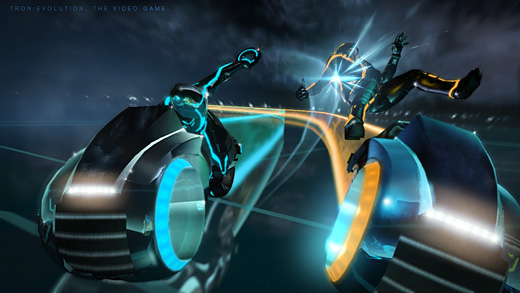 My oldest son is flying in tomorrow to spend Christmas with us. It's all I've been thinking about for the last few days, and I couldn't be more excited. He's a fantastic kid, smart as a whip, and goddamn handsome like his daddy. Although I won't be able to take two weeks completely off work to spend with him, we will be getting in tons of quality time and just generally catching up.

My big guy became a Monster Hunter Tri addict earlier this year when he was with us for the summer, and we spent lots of time going after the big beasties on the Wii. He asked for a copy of his own for his birthday (which he got, of course) and I just found out yesterday that one of his other family members gave him a PlayStation Portable and a copy of Monster Hunter Freedom Unite as an early Christmas present.

Needless to say, there's going to be a ridiculous amount of monster hunting going on in the next fourteen days… Doing co-op with your own child and seeing that they hold their own because you taught them how is the best thing EVER.

Continuing the theme, my game playing has been in a bit of a rut lately. If you read this blog with any regularity, you may recall that I started Majin and the Forsaken Kingdom a while ago. I had continued chipping away at that after the last time I groused about it here, but then I put that on hold to do a quick review for Tron: Evolution.

Evolution takes maybe six or so hours to blow through, and although it's really rough and suffers from a lot of the same things that most movie tie-ins do, the core gameplay of disc combat and parkour-style running and jumping is actually pretty good. it's simplistic, but it was fairly reminiscent of a neon-colored Mirror's Edge in a smaller, stripped-down way. When the game is doing what it does best, it's not too bad, really. I'd like to see the developer take the same concept and expand on it with another title. Anyway, that review has been turned in so look for it soon.

So, now that's turned in, back to the game rut.

I'm still chipping away at Freedom Unite (you just really can't get away from Monster Hunter at this blog) and that's going to take me another pretty big chunk of time to polish off.

Apart from that, I went back to Majin just to be able to say that I saw credits. The in-game clock says that I've put seven hours into it, but if you had asked me, I would've said something a little closer to fourteen years. It's a real drag and I can't say that I'm enjoying it, but for some strange reason, I feel compelled to finish it.

Finally, I blew through the bulk of the content in the most recent Trials HD DLC, Big Thrills. There are a ton of tracks and it's a great value for the money, but I've gotten hung up on the last two Extreme courses. I can't really say for certain whether they're more sadistic than the Extremes the game has delivered in the past (and I've finished those) but for some reason I'm just brick-walling here. It's probably just a matter of putting in more practice and being less tired, but it's a little depressing to put 1500 attempts into a track and then lose a few inches from the finish line. These tracks are real pissers, I tell you.

Anyway, I don't know about you, but whenever I have multiple games going at the same time, it starts to feel a little overwhelming. I just don't like having too many unfinished things on my plate—I generally complete far more than I don't, but when my play schedule starts to bog down with half-finished bits like this, it's a real downer.

Currently, I have about fifty recent games that I started playing and haven’t yet had time to finish. Good games at that – Valkyria Chronicles, Nier, Star Craft 2, The Orange Box, Peace Walker, Tales of Vesperia… you know, games that also happen to be reasonably lengthy. There are also little things I want to do in some of the ones I’ve technically completed like BlazBlue Continuum Shift – after all, fighting games aren’t finished just because you’ve completed them once or twice. There’s room for improvement in your own playing style and infinite competition to be found online for… Read more »