Just a few quick words on Lock's Quest for the Nintendo DS—it’s good. 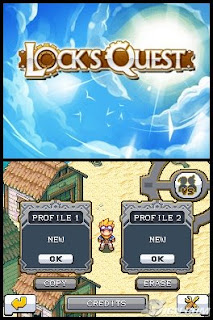 Kind of a variation on the "Tower Defense" style of game that’s seeing a current upsurge in popularity, the game puts you in the role of an "Archineer", which is basically a guy that runs around and sets up defensive structures like walls, cannons, and so on. 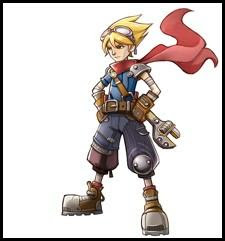 In each level, you're charged with protecting a certain structure or person, and it's up to you to design a small fort around this fragile thing. As wave after wave of enemy pours in, main character Lock can either engage in battle directly (although he's not really that tough) or run between emplacements and repair them on the fly to keep them from going down. 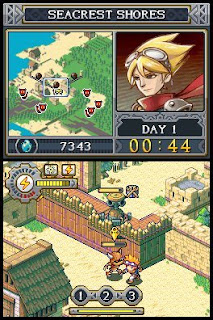 I've been playing it for a few hours and I've got to say that the quality of it completely surprised me… the animation is pretty damn decent, the artwork is solid, and the game mechanics are completely ironed out. I might have more to say on it when I'm done, but at this point I would easily recommend it for anybody looking for a top-shelf DS game.