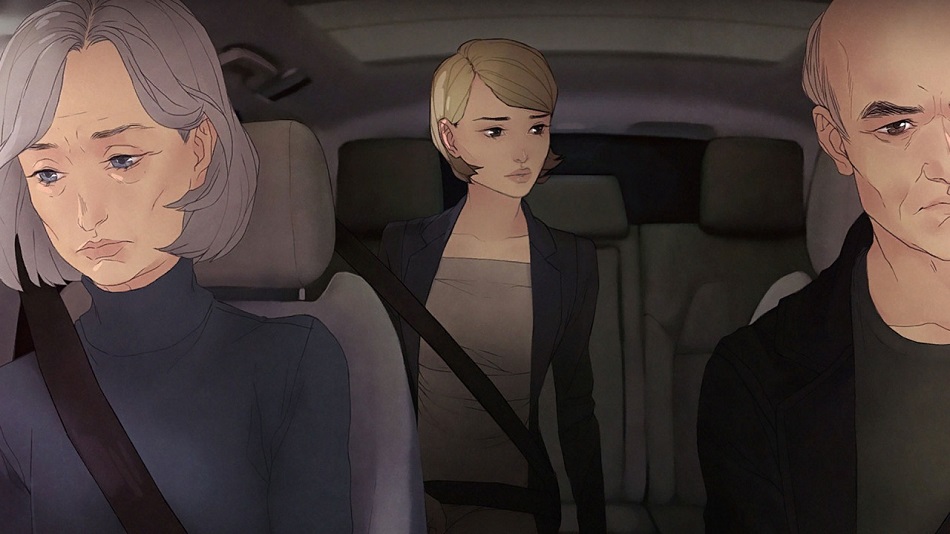 HIGH Many sharp observations on subjects that deserve it.

WTF Why is this game so long?

I was worn out and tired before I’d reached the halfway point, and after getting there, I put it down and didn’t want to pick it back up. In fact, I couldn’t bring myself to finish it, even after I sat down and tried to power through. It’s just too much.

At its core, Little Red Lie tells the story of two people — Sarah Stone, who is a depressed, unemployed woman wracked by financial insecurity and low self-esteem. The other character is Arthur Fox, a motivational speaker who has plenty of money, but no morals or conscience whatsoever. 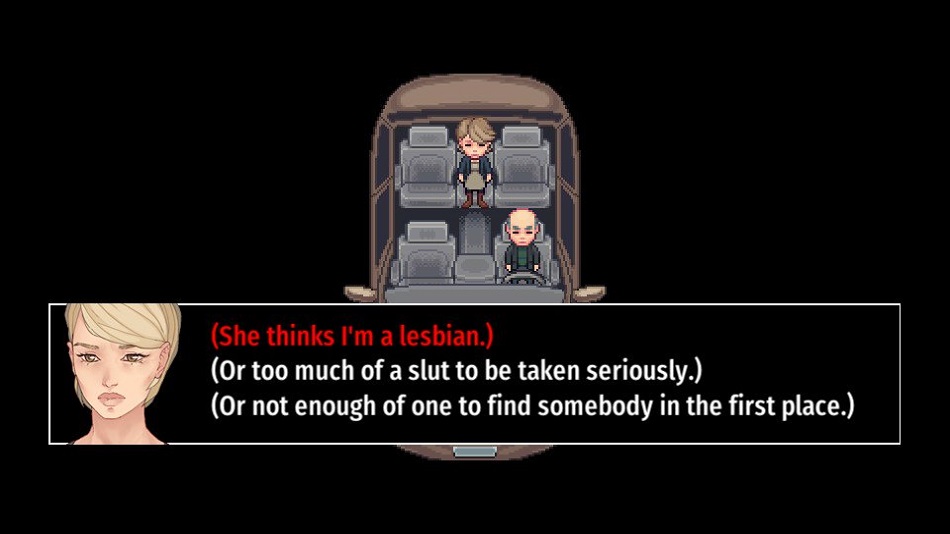 This project is a piece of interactive fiction. Eschewing standard gameplay or even the structure common to Visual Novels, there’s almost no interaction apart from pushing a button to advance text, and occasionally moving around the screen in order to interact with something to get more text. There are no choices to make, and the player can’t affect what happens — developer Will O’Neill (Actual Sunlight) has a specific path to take the player on, and he’s in full control.

From the first moment, Little Red Lie is clear about what kind of experience it is, and it doesn’t vary from the tone it sets — both of the characters are incredibly negative, cynical, and pessimistic in a thousand different ways, and regardless of what situation they find themselves in or who they’re interacting with, they remain dark and joyless.

While it caught me off guard, I was initially appreciative of the writing. O’Neill is clearly a very sharp man, and he makes many pointed observations which are absolutely true. Various topics come up over the course of play, such as how people interact with each other when they’re not genuinely close, how people think (and worry) about money and the future, how people in different socioeconomic strata view each other, and so on… I agreed with many of the statements made, and was impressed by the directness that O’Neill exhibits. However, the problem with Little Red Lie is that it’s a one-note song looping endlessly, and after a certain amount of time it becomes intolerable. 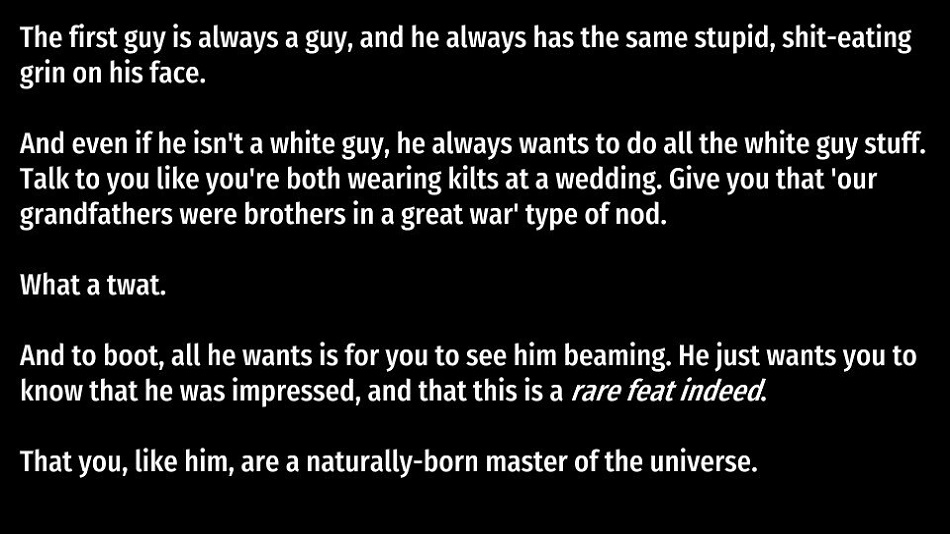 Each of the characters are unceasingly acerbic and harsh, and it’s tough to get through the dialogue when every second is filtered through a caustic, cutting lens. Sarah thinks the worst of everyone she meets and of herself, and Arthur doesn’t even seem to regard other people as human — everyone’s a liar and a cheat, and no one can be trusted. It doesn’t help that there’s not much going on in Little Red Lie’s story, and it’s hard to even encapsulate what the story is about – basically, Sarah’s dealing with family issues and Arthur is just an awful person doing awful things. The script slowly crawls on bloodied hands and knees, rehashing the same negative voice and cynical observations.

Being in this space might’ve been fine as a short-form project, but the experience goes on for far, far too long — what would’ve been cuttingly clear-eyed at two hours becomes abrasively taxing as it goes on to three, four, five and more… Every scene is a showcase of cruelty, misery or loathing, and the messages are reiterated to the point that it feels like a form of nihilistic self-abuse to keep going.

Well O’Neill is clearly a smart man and a sharply observant writer, but this is a case where some restraint and a shorter running time would’ve made Little Red Lie a more tolerable, or perhaps even an enlightening experience. Instead, it’s an interminable slog through a world of misery starring terrible people, and I left it feeling worse for wear. Rating: 3.5 out of 10

Disclosures: This game is developed by Will O’Neill and published by WZOGI. It is currently available on PS4, Vita, iOS and PC. This copy of the game was obtained via the developer and reviewed on the Vita. Approximately 5 hours of play were devoted to the single-player mode, and the game was not completed. There are no multiplayer modes.

Parents: According to the ESRB, this game is rated M and contains Sexual Themes, Strong Language, and Use of Drugs. Parents, this M rating is absolutely earned. This is a game meant for an adult audience, and I would steer both children and teens far away from it.

Deaf & Hard of Hearing Gamers: All dialogue is presented via text and there are no audio cues necessary for play. It’s fully accessible.