The roaming charges are madness 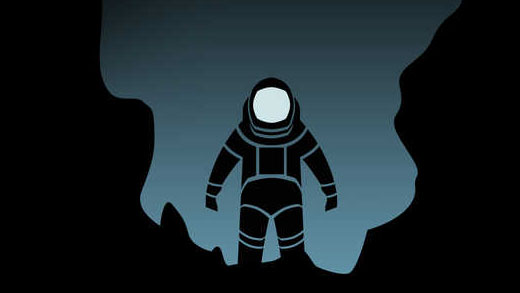 HIGH A novel approach for a text adventure.

LOW The ‘nifty' bubble deflates a bit after a death.

WTF Why can't I ask any questions?

I haven't had much motivation to play games on my phone outside of Marvel Puzzle Quest, but a friend told me about Lifeline, and as a fan of text adventures, it sounded promising enough to warrant a look.

The premise of the game is that a person named Taylor is part of a science mission in a far-away galaxy, and their ship suddenly crashes. For whatever reason, the player is the only person who's in range and able to receive messages from Taylor (cleverly written as being of indeterminate gender) who's now stranded on the surface of an alien moon.

Taylor's messages come in as texts, and on the first pass through the game, they pop up in semi-real time. For example, after a brief introduction, Taylor will describe what he or she is doing, and then will ask for help. "Should I go left or right here? I need your advice!" and so on. At that point, a simple prompt will pop up with two choices, and the player gives their input.

After receiving one response or the other, Taylor will say they are "going to go do that thing" and that they "will be back later." Depending on the size of the task, a certain amount of time passes in real life. After a while, a new text will pop up from Taylor saying that they have done that thing, and will then give an update on their situation.

This game of brief missives is an incredibly clever conceit, especially given the nature of today's text-or-tweet communication, and I found Lifeline great as something to check in on periodically throughout the day. While I definitely enjoy games that let me immerse myself and become lost in expansive worlds, I don't have usually have time for that sort of thing between nine and five. Taking a minute to give Taylor a hand was something I could look forward to between appointments or when I'd duck into the bathroom, but didn't have enough time to flip my 3DS open or start something on the Vita.

It's no secret that text adventures live and die by the quality of their writing, and in the case of Lifeline, it gets the job done well. The script was penned by Dave Justus (co-writer on the Wolf Among Us comic) and he displays a good grasp of his craft. The situations Taylor finds him (or her)self in are interesting and easy to grasp, and the dialogue successfully communicates a realistically human sense of being stuck in a bad situation. A few of the jokes fall flat, but Lifeline had no problems building tension and keeping me curious… until I got Taylor killed.

Over the course of the adventure there are certain situations which can prove fatal for Taylor, and the first time I chose incorrectly, the bubble of intrigue popped. In most games this wouldn't be any kind of big deal, but Lifeline's entire premise is that the player is getting desperate messages from someone in need. Once the illusion was shattered and I had to restart the adventure, I found myself not checking on Taylor's progress as often, and I wasn't nearly as engaged as I was before they croaked.

The game correctly intuits that making players re-do tasks they've already done would be a no-go, so there are options that unlock after a certain number of deaths, such as the ability to choose a different choice at a recent point instead of restarting from the beginning, or being able to skip the wait time and simply reading through the rest of the text without pause.

These options were appreciated, but by that time, the urgency and illusion of being someone's sole contact had simply dissipated. Of course, I knew from the start that there was never a real person on the other end of the line, but including the traditional, gamey design elements of "death" and starting over felt out of place for an experience like this one. I couldn't help but think that if Lifeline had been written to lead Taylor down branching paths that never proved fatal, the pretense of these inter-galactic cries for help might've been kept up until the end.

Despite the fact that (potentially) dying and restarting feels like a design misstep, Lifeline was still a worthwhile experience, and one that I would recommend to people looking for something new and fresh for their mobile device. If nothing else, I appreciated the unusual approach, and well-written text is always a welcome thing in my world. Rating: 7 out of 10


Disclosures: This game was obtained via publisher and reviewed on the iPhone 4S. Approximately three days of intermittent play were devoted to the single-player mode, and the game was completed. There are no multiplayer modes.

Parents: This game is not rated by the ESRB, but I'd say it's quite safe for anyone old enough to comprehend text at this level, say, junior high or older. There's nothing to be wary of here.

Deaf & Hard of Hearing: There are no audio cues necessary for play, and the entire game is presented via text. It's totally accessible.

Nice to know that you can unlock new options if you die too often; that does well to alleviate a sense of repetition. This honestly seems like something that, 20 years ago, would have made for an interesting “Choose Your Own Adventure” book.