A Suit For Every Occasion 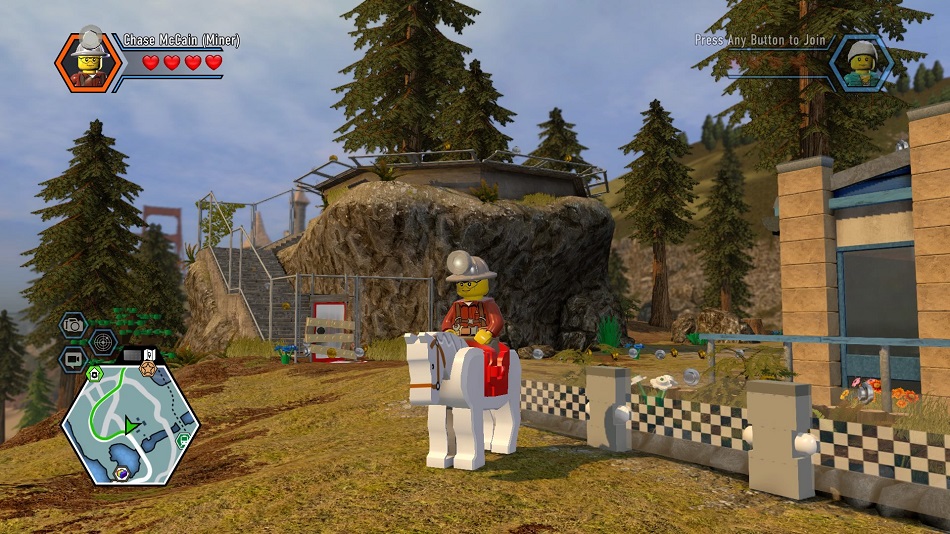 WTF The boats can feel more responsive than the cars.

While exclusives are still an important part of the industry, it’s always a little sad to see a great game back the wrong horse and miss out on a chunk of the audience that it might have otherwise found. Case in point, Lego City Undercover.

I played LCU with my youngest son in 2013 on WiiU, and I thought it was amazing — the best of the LEGO games I had tried, by a mile. The only problem with it back then was that it was a Nintendo exclusive. We were lucky enough to have the hardware in the house, but I always thought it a shame that many single-console homes wouldn’t have the chance to enjoy it. Thankfully, that issue has now been addressed.

While it may seem strange to cite the story as a selling point for a LEGO title, LCU offers up an original crime story not based on any film or TV property. In this friendly, squared-off version of Grand Theft Auto, Officer Chase McCain returns to LEGO City after an extended absence, on the hunt for escaped convict Rex Fury. While the main narrative itself isn’t anything to write home about, what makes it great are the numerous gags, jokes, and silly situations Chase finds himself in. I’m also a big fan of supporting character Frank Honey – he’s the definition of ‘lovable doofus’. The voicework is uniformly great from start to finish, and I always found myself looking forward to the next cutscene.

The gameplay is super-solid, polished and friendly. Chase finds himself in a wide-open world divided up into small mini-environments – an urban center, a farm, a mini-Chinatown, a faux Cape Canaveral, and more. Apart from offering this well-developed world, LCU keeps things fresh by giving Chase a variety of suits to transform into, each with an ability that affects different things in each area. 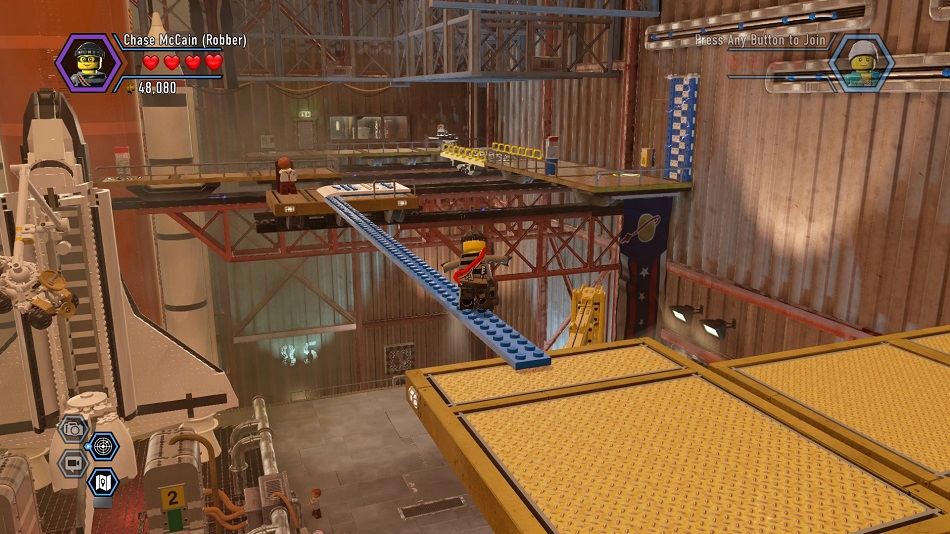 The Criminal uses a crowbar to get into locked spaces, the Miner is the only one who can safely handle dynamite, and the Farmer grows plants, shoots eggs and glides huge distances with his chicken, Zelda-style. There are even more to choose from, and after unlocking them all, players can go back to previous areas and swap outfits on the fly to earn goodies that were previously unreachable – new costumes, vehicles, and more.

Every area is loaded with things to do and explore, but when Chase is on a story mission, the game frequently reins him in to a specific chunk of the area that’s tightly guided and curated. Experienced players will blow right through them, but their real value is in keeping younger players involved and moving the story forward at a steady pace. I found very few sticking points over the course of the campaign, and that intentional smoothness is appreciated.

LEGO City Undercover is such a pleasant and playable experience that I don’t have any major criticisms… it’s just a well-put together piece of software created by people who obviously gave a damn. If I had to pick on something, I’d probably say that using the Criminal’s ‘color gun’ (used to alter the color of blocking objects so Chase can progress) is more of an annoyance than anything, and most of the cars Chase can hijack are a little too slow.

It’s also worth noting that if a player’s too spend-happy with the rare ‘super bricks’ hidden throughout the map, they risk being caught without the required number needed to complete a main mission. It’s always possible to exit, find more of these special blocks and return (and the devs always offer up a few right before a barrier) but it can be a drag to put an exciting scene on hold just to go and track some down. PROTIP: save super bricks until they’re needed.

All in all, Lego City Undercover still ranks as one of the all-around best LEGO games I’ve spent time with, and while I’d recommend it to any fan of the series, that goes double for kids who crave some open-world GTA-style screw-around action without any of the questionable stuff that makes parents raise an eyebrow. I’m glad LCU finally made its way to a console besides the WiiU, and I’m guessing a lot of other people will be, too.  Rating: 8 out of 10

Disclosures: This game is developed by TT Games and published by Warner Bros. Interactive. It is currently available on PS4, XBO, WiiU, Switch, and PC. This copy of the game was obtained via publisher and reviewed on the PS4. Approximately 12 hours of play were devoted to the single-player mode, and the game was completed. The game offers local drop-in/out co-op multiplayer, but there are no dedicated multiplayer modes.

Parents: According to the ESRB, this game is rated E10+ and contains Cartoon Violence and Crude Humor. This game is aimed directly at kids, and as far as I’m concerned, it’s safe for everybody. Chase might punch or kick goons, but they just fall over and get handcuffed. Cars crash, but… they’re LEGOs. Super, super safe.

Deaf & Hard of Hearing Gamers: All dialogue can be subtitled, and all audio cues have visual cues onscreen. I played a few sessions without sound and had no issues other than having to stop what I was doing in order to read any subtitles that popped up mid-mission.

I agree with pretty much all of the review, yet I’m a bit hot and cold on the game (perhaps I’m just lego’d out, as I’ve played almost all of them; maybe it would’ve had a greater impact in 2014). The massiveness of the overworld is a welcome break from “hub worlds” like Lego Movie, Jurassic, etc, but it’s also kind of a pain to traverse. There is so much to do, but there’s almost too much to do, and as a result, the lack of clear objective (why exactly do I need FOUR HUNDRED FIFTY gold bricks?) makes it… Read more »

Yeah, if you’re LEGO’d out (and I skipped the last 3-4, so I wasn’t too tired of them) then I can see how you’d feel that way. As far as completing it, I had no illusions that i’d come even close… i did the story, did a few side things and I was good with that. loads of stuff in here to keep a kid busy for weeks tho!
; D