Since the super-nifty dee-luxe Devil Summoner 2 package (scroll down for the pic) got me in the mindframe for extra bonus-type stuff, I thought I'd put out word for the soundtrack and art book that comes with a pre-order for Atlus' Knights in the Nightmare for DS. 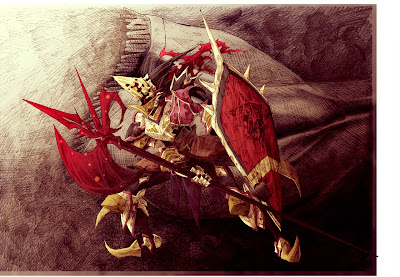 If you're already buying Atlus stuff then I'm sure I'm preaching to the choir here, but it never hurts to make sure, right? 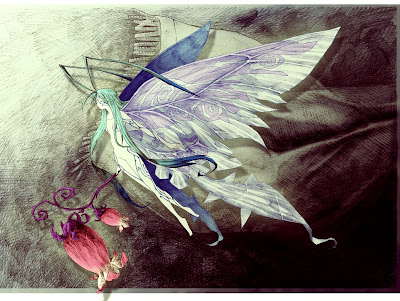 Anyway, I haven't had a chance to hear the soundtrack yet, but I did take a look at the art book and it's pretty sweet. Titled the Tome of Lost Souls, it's pretty close to a hundred pages of character portraits, profiles, sketches, and notes from the designers. Although I'm not absolutely sure, it seems to me as though the artists that worked on Knights in the Nightmare are some of the same ones that helped bring Riviera and Yggdra Union to life. (And if you haven't played either of those, you're missing out…) 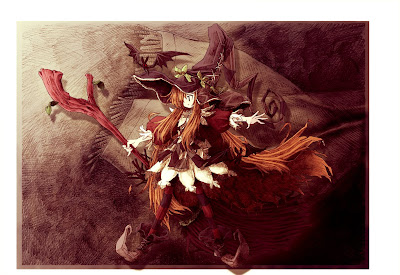 Besides the fact that it's chock-full of attractive illustrations, completionists and super-fans will want to make sure to snag a copy since the book gives comprehensive lists of each knight in the game, which order they belong to, and other facts like age, race, and class. If nothing else, it's a great companion piece to the game and a pretty nifty source of reference material. 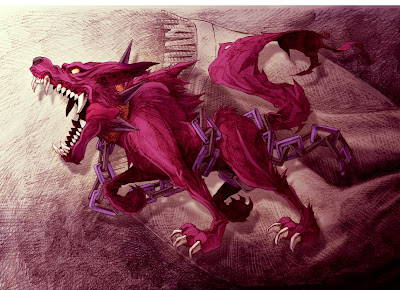 The game comes out June 2, so you've still got time if you haven't put your $5 down yet.

(Oh, and a top-secret bonus tip from me to you: if you have a copy of Yggdra Union for GBA and insert it into the cart slot at the same time Knights in the Nightmare is inserted, Princess Yggdra will pop up during the tutorial, and Pamela will appear at various portions during the game. You heard it here first!)

I'm still compiling my list of the best Community games, and even though I've already taken a quick look at just about every one of them, I went back through again to make sure I didn't miss anything and I've got to say, the quality of these Community titles has really improved quite a bit since the service first launched.

Of course, it goes without saying that quite a few of these are either complete ripoffs of other titles, pieces of crapware that barely hold together, or both. However, if you take the time to sift through all of the coal, there are certainly more than a few diamonds to be found. For example: CaveIn: Miner Rescue Team. 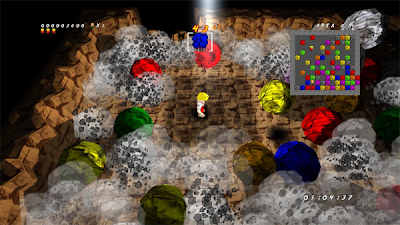 I admit that I expected to play it for a minute or two and then quickly delete it, but the quality and ingenious design were impossible not to notice. I played through the trial period and popped for the full version immediately.

Basically, you play as a miner rescuing your fellows but the twist is that each area in the subterranean tunnels is laid out like a puzzle, quite similar to something like The Adventure of Lolo (for you old-schoolers out there.) Boulders come in various colors and can be eliminated by matching three, but each room is a little different. Some have you simply eliminating boulders. Others have you path-finding through dark areas, using dynamite (pretty big blast radius there… watch out) or doing other things that keep the formula feeling really fresh. Although I haven't seen very much of the game so far, I was instantly hooked. Expect to see this one on the best-of list, for sure.

In the meantime, I'm still taking suggestions and nominations for the best of Community, so keep 'em coming!