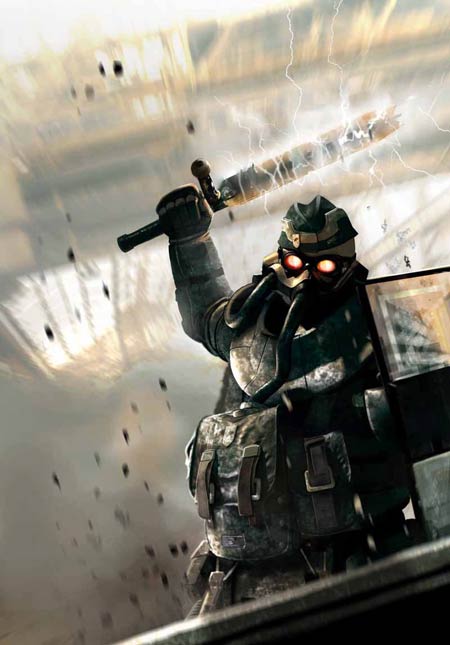 In the videogame industry, it's a little strange (but not unheard of) to create a sequel for a game that no one liked that much in the first place. More unusual than that are direct sequels to console titles appearing on handhelds, or games that completely change the style of play found in the source material. The most odds-defying project imaginable is a game that does all three of those things and still manages to deliver a superior, deeply satisfying experience. I would never have guessed it, but Killzone: Liberation is the electronic equivalent of stumbling through a forest and coming into a clearing to see a leprechaun, a unicorn, and a group of yeti playing poker for Pringles.

Though the franchise launched as a first-person shooter (FPS), there's no getting around the fact that the PSP lacks the second analog stick and extra shoulder buttons found on a DualShock 2. As such, no developer has yet come up with a formula that can satisfy fans of first-person action. The controls just aren't there.

Third-person is another story. 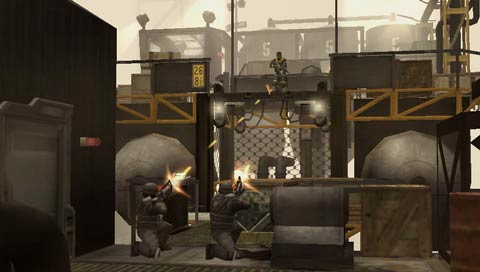 Though I'm sure Guerrilla would agree that more buttons are better, this canny studio has wisely chosen to work with the PSP's limitations and has completely restructured the Killzone formula, playing to its strengths rather than producing another mediocre product to be shoehorned where it shouldn't go. In a word: genius.

Picking up immediately after the events of the first Killzone on PS2, Liberation brings back three members of the original quartet to continue the fight against Helghast forces occupying the colonized planet of Vektan. This time around, the action takes place from an overhead perspective. Players look down upon rugged ISA trooper Templar, and have a bird's-eye view of the battlefield and approaching enemies. Reminiscent of classics like Commando or Ikari Warriors, the choice to put some distance between the viewpoint and the combat works brilliantly.

Not only does this choice inherently function better on a portable platform like the PSP, Guerrilla has gone above and beyond in terms of production to make sure that the game flows as it should, never running into technical limitations or hitches in the level design. For example, the graphics in Killzone: Liberation are outstanding, easily ranking among the PSP's best. However, the level of visual polish isn't just eye candy; the clear definition of pathways, structures, and characters makes it extremely easy to maneuver around the battlefield and strike with precision. 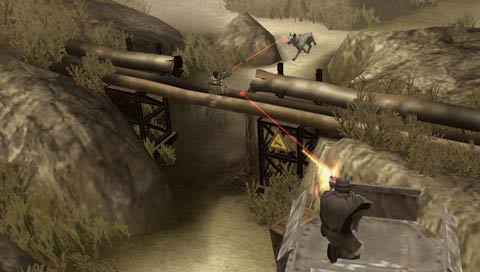 Going further, each level is an adventure on a small scale perfectly suited to portable play. Mirroring the environmental flavor of the first game, it's very easy to start and complete a discrete segment within fifteen to twenty minutes, the accompanying feeling of accomplishment substantial enough to tide a person over until the next session.

The menus and maps are extremely clear and functional, the variety of weapons (along with the occasional vehicle-based segment) keep the skirmishes feeling fresh and exciting, and an adjustable difficulty level further tempered by the location and frequency of checkpoints is perfect. Frustration is never a factor despite the likelihood of eating the messy end of more than a few Helghast ambushes. Can there be higher praise than to say that frequent defeats were never a deterrent to enjoyment?

Although some may claim that the single-player campaign is on the short side, or perhaps that the ability to move the camera would have been a nice addition, there's no getting around the fact that Killzone: Liberation is a better game than the original in every way and a standout title in its own right. It's rock-solid showpiece that every PSP owner should consider; if the upcoming Killzone on PS3 makes the same leap in quality that it did on the PSP, players are in for a real treat. Rating: 8.5 out of 10