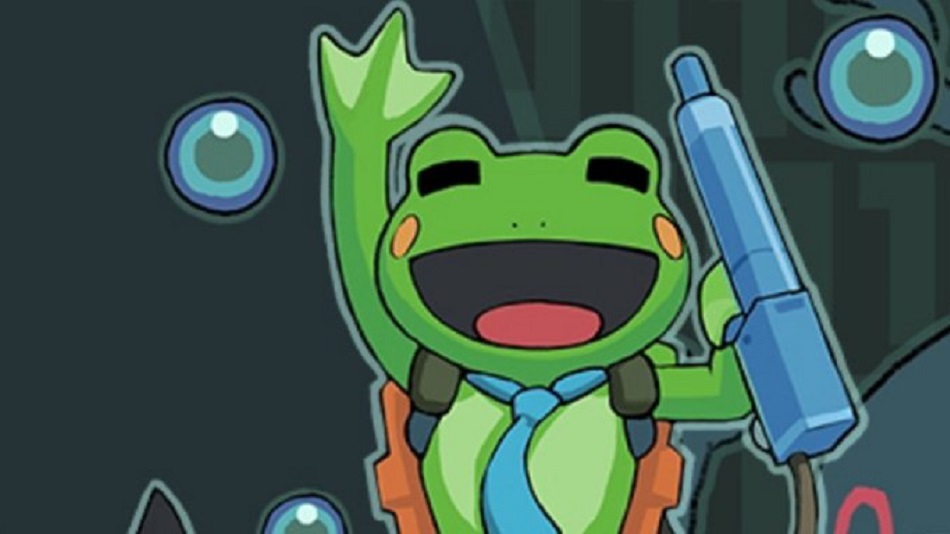 HIGH A frog with guns and a jetpack… Pretty sure I’ve had this dream a few times.

LOW The run-up to the final boss is a little too long.

WTF I’m still not sure what the story was about.

There are an infinite number of expensive gourmet dishes to be had in the world. While some are unforgettable culinary adventures, there’s also much to be said for something that’s humble, yet satisfying. I can appreciate foie gras and truffles when they’re in front of me, but I’m also more than happy to bite into a homemade ham and cheese sandwich. Sometimes, simple is best! And Kero Blaster? It’s definitely a good ol’ ham and cheese.

Created by the developer behind indie darling Cave Story, this entry is a fairly straightforward action-platformer starring a frog who packs four different weapons – a machine gun, a bubble shooter, a spread gun, and a flamethrower. The thin narrative isn’t worth mentioning, so it’s more relevant to focus on the core of gameplay — walking from left to right (or sometimes right to left) and shooting everything that moves.

There’s not much else to Kero Blaster. Of course there’s a bit of finesse in choosing the right weapon for the right situation, but the action never gets too hardcore or frenetic. In general, it’s a leisurely experience that welcomes the player in and presents a solid three-ish hours of hand-eye exercise. (For those who want more of a workout? A remixed hard mode unlocks after finishing the campaign.) 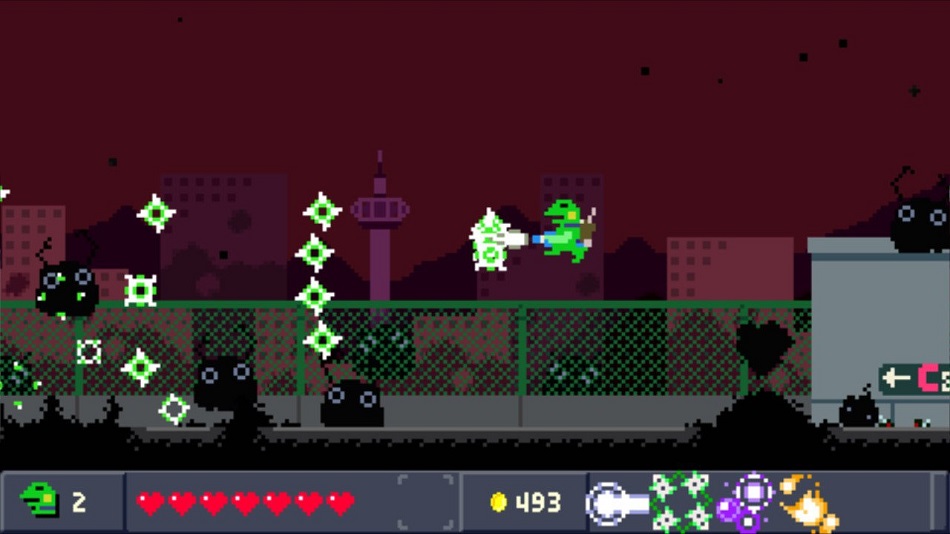 However, don’t assume this straightforwardness in design is bad, though — not at all. Like that ham and cheese, there’s value in something that knows exactly what it is, and then executes well. The controls are deliberate, but solid. The visuals are basic, but easy to read and the frog is adorable. The platforming is never frustrating, and there are never any huge setbacks or dispiriting moments.

Towards that end, one of the best features in Kero Blaster is that the player never loses money. Any coin picked up will be kept even if defeated in the middle of a level, so those who don’t have the greatest skill just have to keep trying and they’ll accumulate cash during every attempt. With a little perseverance, every power-up will eventually be purchased, and when well-equipped it’s not much of a problem to push through until credits roll. It seems like such a small thing on the surface, but this decision goes a long way towards reducing frustration.

There’s not much else to say about Kero Blaster. It looks cute, it’s simple and easy to play, and it’s put together well. For people who want a brief distraction that doesn’t require much time or commitment, this fits the bill and feels right at home on the Switch. I won’t turn down filet medallions if they’re in front of me, but a good ham and cheese can make me just as happy. Rating: 7.5 out of 10

Disclosures: This game is developed by Studio Pixel and published by Playism. It is currently available on Switch, PS4, PC, and iOS. This copy of the game was obtained via publisher and reviewed on the Switch. Approximately 4.5 hours of play were devoted to the single-player mode, and the game was completed. There are no multiplayer modes. Сasino vavada provides quality service, takes care of each client. Everyone has the right to communicate with technical support to find an answer to a question, learn about upcoming events, and get a link to a working mirror. There are several ways to communicate with operators: online chat, Skype, phone number, email – admin@vavada.net

Parents: According to the ESRB, this game is rated E and contains Mild Fantasy Violence. Players will shoot simple, cartoony enemies that disappear with a flash – there’s no blood or gore, no salty language and no sexual content. It’s safe as houses, this one.

Deaf & Hard of Hearing Gamers: I played the entire game with the sound muted and had no problems. Dialogue is delivered via text that cannot be resized and there are no audio cues needed for play. It’s fully accessible. 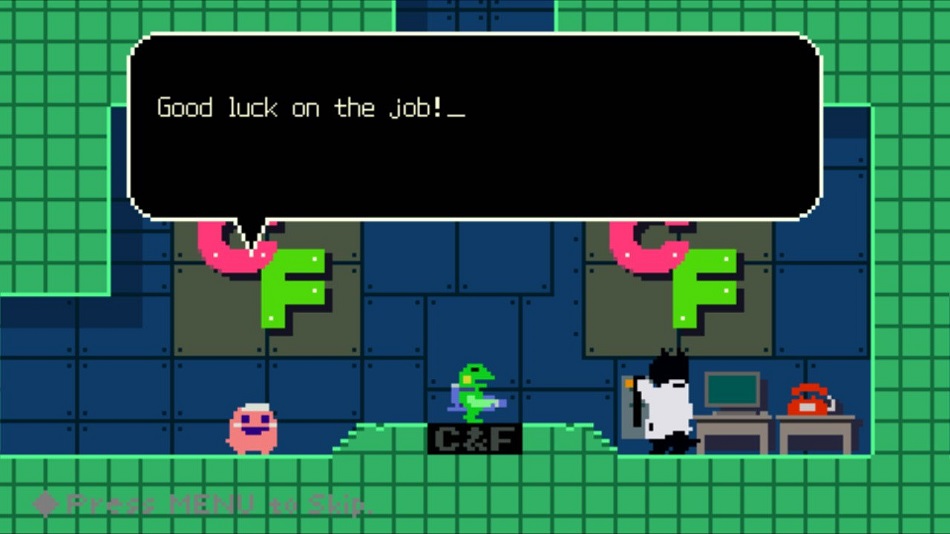 Remappable Controls: No the controls are not remappable. The left stick or the left-side d-pad buttons move the frog. B jumps/activates the jetpack. R or L switches weapons. 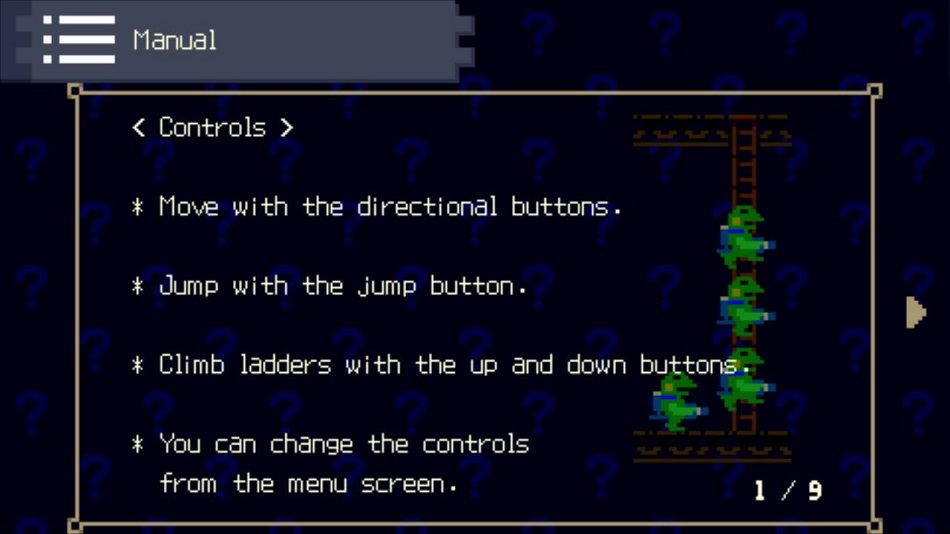