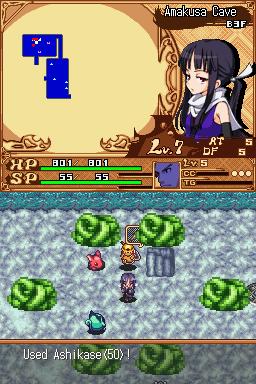 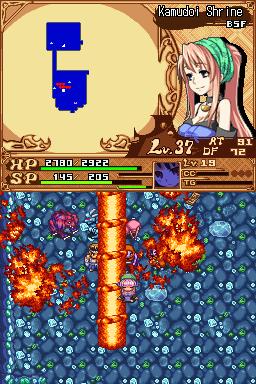 Parents shouldn't be too worried about the violence or language, they're both extremely mild and hardly worth mentioning. As far as the "suggestive themes" go, the majority of female characters in the game are generously endowed, and these assets are the subject of discussion so often that it's a bit ridiculous. None of it crosses the line or is especially explicit, just be aware that it's there.

Hardcore gamers and fans of roguelikes might want to check into this game just for the fact that it's a little easier than most, but that's hardly a recommendation.  The graphics are poor, the story is annoying, and I can't really say that this title excels at anything, really. If you're determined to play a game in this genre, I'd say look elsewhere.

Deaf and Hard of Hearing gamers won't have any problems with this title. Although it looks like a standard action game, it's actually turn-based (meaning that monsters only get a turn after you've had yours) so there are no important auditory cues and all the dialogue is provided through text. I played the majority of the game with no sound at all, and had no trouble whatsoever.