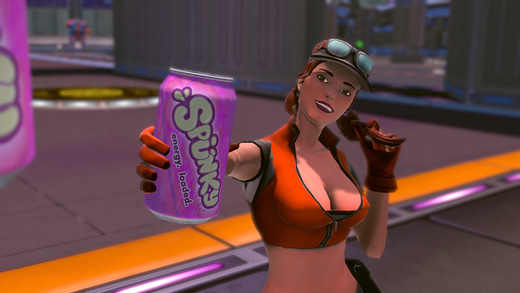 As a general rule, I tend to stay away from multiplayer-focused games. They generally don't do a lot for me, and very few of them are different enough or interesting enough to keep my attention for long. However, every once in a while one will grab me. It doesn't happen often, but it does happen. One such title? Monday Night Combat on Xbox Live Arcade.

I had the pleasure of interviewing Uber Entertainment, the creators of Monday Night Combat, back in August before the game released. Now that some time has passed and the team has just released a major title update and some DLC, it seemed like the time was right to check back in and get the lowdown.

Here's what Chandana Ekanayake, All-Star Bacon Lover and super-talented guy at Uber Entertainment had to say.

Hey Eka! Thanks so much for taking the time. So, to start off… Monday Night Combat's been out for around four months or so. At this point, how do you feel about how the game has been received? Has the success of the game met your expectations?

There was a general consensus before Monday Night Combat (MNC) and throughout its development that multiplayer shooters couldn't work on XBLA, and that there wouldn't be anyone playing past the first week. We heard this over and over from on various websites, forums, etc. Even though our community is relatively small compared to the retail shooters, it's still very easy to find a match online and the game still continues to sell at a steady pace.

I think generally we're happy about how it's been received. We knew we were making a unique shooter with a different sensibility than what's out there, and trying out ideas in the XBLA market made sense to us. We feel the key to continued success with MNC is to support it with regular updates and balance adjustments. Gaming as a service is something we believe in wholeheartedly, and we just had our first DLC release this week for free.

I've often heard developers say that players come up with tricks, uses, or strategies in a game that were never foreseen. Apart from bugs or exploits, have there been any 'legitimate' big surprises or interesting twists from players that you didn't see coming? Any unexpected outcomes?

I think the one of the biggest surprises for us was how far players have gone in the co-op Blitz mode. Top ranked players are playing through for 6-8 hours straight, and getting into round 2000+ range. So, for the upcoming DLC, we've added a tougher Super Sudden Death challenge as well as updated the round clocks to include four digits up to round 9999. 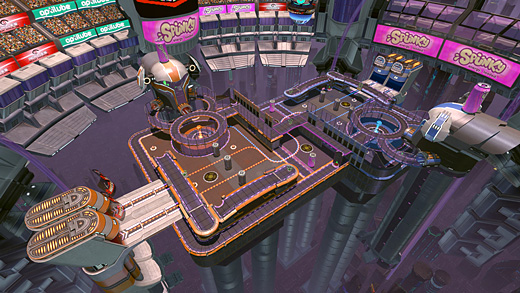 The various team tactics and combination of skills between players has been great. We're pleasantly surprised by how passionate our fans are about the game and we're also starting to see fan made videos like this one that show off some good team play.

What classes seem to be the most/least popular, and why you think that is?

The most popular for new players seems to be the Assassin because of several factors. First, she's the only female character in a male-dominated shooter. Second, she's a ninja with mostly melee, up-close attacks. A frickin' ninja! Players soon find she's also a difficult class to play well until they learn the depth of her class and her abilities. For veteran players, Assassin is also the least favorite class because so many new players prefer her. We feel like this is a good balance.

You mentioned the free DLC out this week. For readers who don't know, can you give us the highlights of Spunky Cola Special?

We've added two new maps, Spunky Cola Arena for the competitive Crossfire mode, and Survivitol Arena for the co-op Blitz mode. There's also a new challenge. In addition to the new maps, we've added extensive Private Game options to let players customize their games, All Star mode that goes past the level cap of 99, new Protags, Club Tags, a whole heap of balance and bug fixes, and churros! You can read more about the specifics here.

Where does the game go from here? Are there plans to expand and build on MNC (further DLC or add-ons) or is the studio working on other projects?

We're very active on our forums and Twitter, and we get tons of feedback from our community for changes, additions, and improvements to gameplay. From here out, we're going to continue to work on new content for MNC, support the community and possibly other platforms as well.

For players who may still be on the fence about a MNC purchase, what would you say to them to convince them to join up?

I would say try out the free Trial version that we've extended to 60 minutes which should be plenty of time to get a feel for the game. Also with the Free DLC this week, new content and tons of balance and fixes there will be plenty of matches to jump into.

…And there you have it, straight from the source.

Infinite thanks to Eka from Uber Entertainment for taking the time. If you want more information on Monday Night Combat, the trial (and full game, of course) are available right now via Xbox Live, or you can click on over to the Uber Entertainment website and read up on it there. Tell 'em I sent you.