A few weeks ago, a Twitter acquaintance hipped me to a small indie game called Don't Look Back. Although I am a big fan of small titles, I’m also console to the core… this has historically been a bit of conflict, although less so now that we've got so many download services available. However, Don't Look Back came highly recommended, so I put up with using the arrow keys and space bar for a little while, and walked away quite impressed. 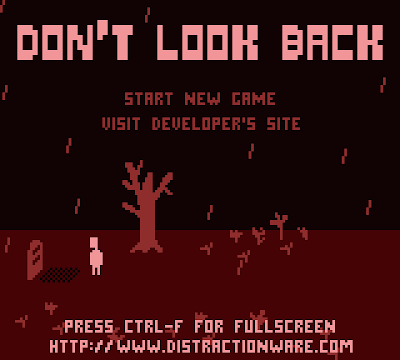 Thankfully, the game's creator was willing to speak with me for a bit about himself and his work. If you haven't played Don't Look Back yet, you can play through the entire experience for free. It only takes about twenty minutes to complete if you don't die too often, and I guarantee that finding something that packs as much into such a short span of time will be tough to do. 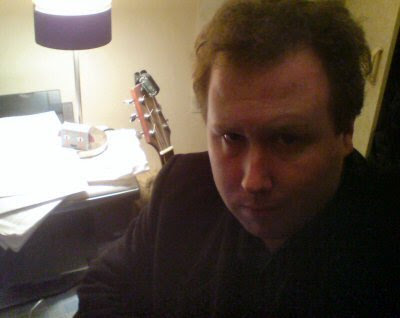 So, go check it out, and then come back to read what super cool developer Terry Cavanagh's got to say. Go ahead, I'll wait.

(And just for you stickers out there, heads-up that there is something of a spoiler in this interview… you've been warned!)

Hi Terry, thanks very much for speaking with me. For starters, what can you tell me about yourself?

Well, let's see… My name's Terry Cavanagh, I'm 25, living in Dublin, Ireland. I've been making small games as a hobby for about as long as I can remember.

I studied Maths in college, then spent about a year and a half working as a market risk analyst. I tried to continue making games in my spare time, but I figured that if game design was ever going to more than a hobby for me I'd have to take a chance. So about a year ago I quit the job and I got a loan, and I've been living on that and making games full time ever since. 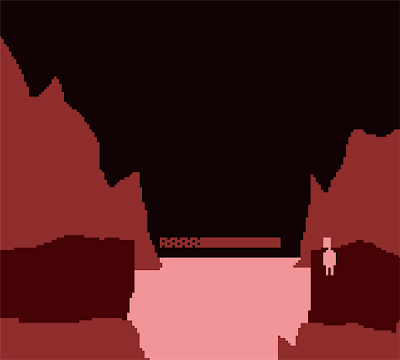 There is a very striking sense of tone and atmosphere in Don't Look Back, and you accomplish a lot with only a little. How hard was it to design the game and maintain the sense of foreboding and menace?

I think the style I decided to go for made it easy to define how I wanted the game to feel. I guess I never felt like I was limited by only having four colours—if anything, having a strict constraint like that made it simple to give certain areas a different feel, which I could do by making very small changes like removing a colour or using the sprite colour in the background.

What I did find hard was composing the soundtrack—it always takes me ages to write music that I'm happy with. I tried a lot of different things before I got a sound that felt right for the game—my first attempt was all wrong; using PC Speaker music. I tried some acoustic guitar stuff after that, but that didn't really feel right either. After hearing the World of Goo soundtrack I decided to try something with 80s synths, and from there eventually ended up just using strings, which I think suits the game's feel pretty well.

The ending is surprisingly weighty and poignant, yet still a bit vague… exactly what happens in the final scene?

The entire game is a fantasy. When the player reaches the end, he is confronted with reality, and the fantasy disappears. He never leaves the grave. 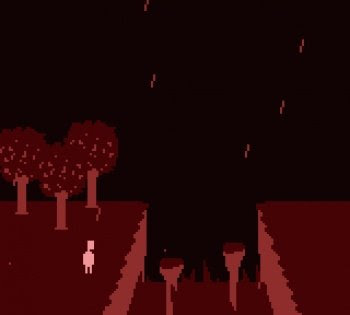 What were your goals with Don't Look Back, and do you feel like you accomplished them?

Well, the game basically came about from combining two ideas that I've wanted to use in a game for years, but had trouble finding a place for before.

The first, and main idea was to make a game where the actual gameplay is a fantasy, as a metaphor for something else that's happening to the player.

The other separate idea was wanting to make a game that set itself up as a silly shooter or something like that, and redeem it with a left turn that put all of your previous actions into a new, far more interesting context. I came up with the idea of retelling the Orpheus and Eurydice story while thinking about possible ways to do this, and even made a couple of attempts to make a game with this idea—none of them every really felt right to me, though, so I ended up scrapping them.

It didn't occur to me that I could combine the two ideas until I started working on a totally unrelated project for a 48hr Mini Ludum Dare contest, which had the themes "Minimalist" and "Monochrome". I was prototyping a lot of different games at the time, but as soon as I'd come up with this I dropped everything and spent about a month working on nothing else.

My goal was to finally do something with those two ideas, so even just in that respect I'm very, very happy with how it turned out! But more than that, I feel like the fantasy theme brought something new to the Orpheus and Eurydice story of self doubt that only a game could. 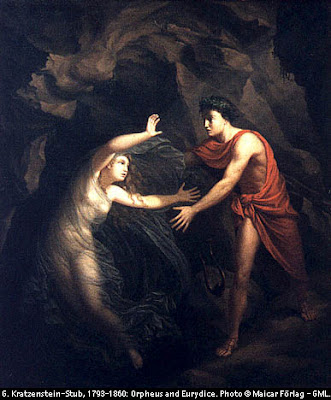 Really, I couldn't be happier with the result.

What are you working on now, and what goals do you have for yourself as a developer?

I guess after that I'm hoping to finish off a few more of my flash prototypes—two in particular seem most promising right now; a strategy/puzzle game based on the rules of Overload called Detonate… 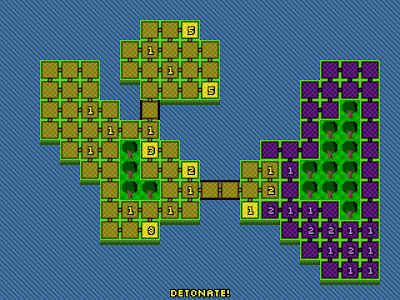 …and a sort-of RPG that I'm working on with Tumbledrop creator Hayden Scott-Baron. 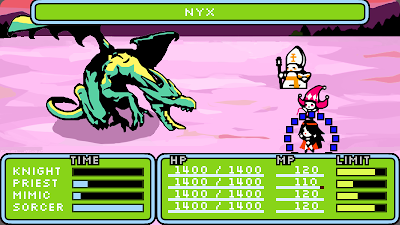 After that I don't know for certain; I'm considering working on something new for this year's Independent Games Festival.

What I'd really love is to be involved in some kind of set up like the Flashbang guys—to be in a small group of developers working on a lot of short, interesting games. The idea of working for a really big company, contributing some small part to a massive project—it really doesn't appeal to me.

Unfortunately there don't seem to be a lot of other game developers in Dublin, so for that to happen I guess I'll have to move somewhere else.

I got into the DROD series in a big way last year—particularly The City Beneath. I can't wait for the next installment! Other games I've enjoyed recently… hmm—I guess World of Goo, Jumpman, Mirror Stage, Teppomanto, Dead Like Ants, Space Phallus, Exploit, Spelunky, to name a few.

I really want to play Braid (I have a feeling I'll like it), but unfortunately my laptop can't handle it!

I think my favourite developer is probably Adam Cadre. It's a shame that he seems to have lost interest in writing interactive fiction… I'm also a big fan of Lysander's RPGs, Nifflas' adventure games, and pretty much anything by Stephen Lavelle or Cactus.

Yeah! Honestly, I don't think this really needs to be debated anymore. It's long been settled, hasn't it?

Infinite thanks to Terry Cavanagh for taking the time, and also for letting me partake of his superb game. For more info on Terry and his work, head over to Distractionware.com.

Keep an eye on this guy… he's one to watch.