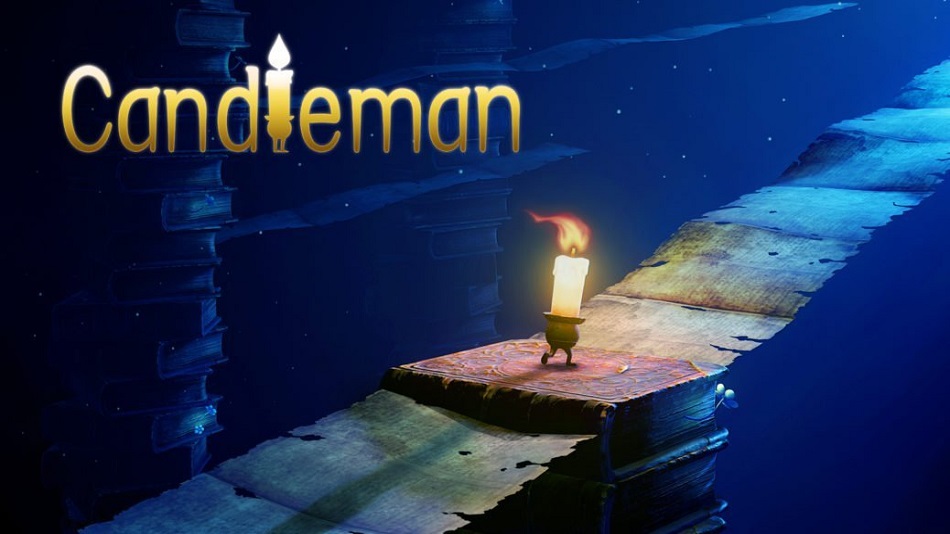 Brad Gallaway: Can you tell me who you are, and what your role is on the team?

Max: I’m Max. For the past one and a half years, I have been working with the other five designers on Candleman. As the narrative designer, my role is to try and find the appropriate way to tell the story in the language of videogames. I also participate in the process of level design.

BG: Can you give us a brief history of your studio?

M: Spotlightor was founded in 2009 by Gao Ming and Ma Xiaoyu after they graduated from university. In the first four years, Gao Ming kept making game prototypes during their free time, participating in Ludum Dare game jams, and embedding game elements in commercial interactive design projects. Afterwards, Spotlightor had gained enough experience through commercial projects and some money to start indie projects – they decided to start making indie games in practice. In 2013, Spotlightor started a plan called “Crazy Friday” – each Friday, the studio would stop all commercial projects and make indie games instead. Since then, Spotlightor continued its journey towards indie games by using money earned from commercial projects. In 2014, the studio released its first game, Chrono Express on the Apple App Store. The second game, Candleman, was released on Xbox One in mainland China in the end of 2016, and released on Xbox One overseas in the beginning of 2017. 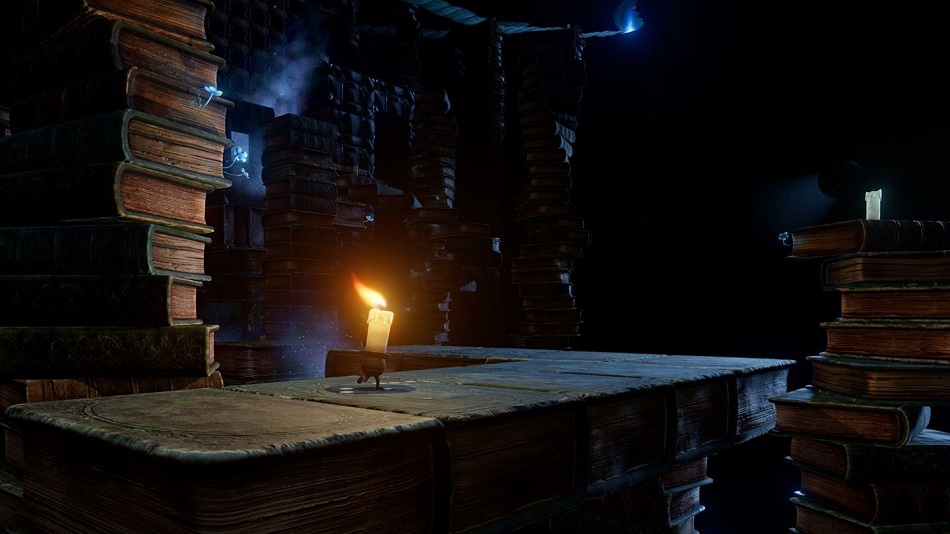 BG: What was the inspiration for Candleman?

M: Candleman was a game prototype made by Gao Ming (the producer and creator of the game) based on the theme ’10 seconds’ in the 27th Ludum Dare Game Jam. In the prototype, Ming created a candle character that can only burn ten seconds. By using this ten seconds’ worth of light as the only resource, players need to control the character to travel through many obstacles in a pitch black dungeon maze. The prototype received very positive feedback from the game jam, which inspired Ming’s decision to spending a week’s time making it into a more polished free game. The free version was published on Kongregate. It received more attention from players there, and was promoted to the Kongregate front page for 7 days. Shortly after, it was selected by the ID@Xbox project, which encouraged the studio to make it into a complete game.

BG: The level with the mirror, candle ghosts and “reverse” candleman felt a bit out of place compared to the other areas in the game… It seemed to come out of nowhere, and it’s unclear how it relates to the rest. Can you elaborate?

M: We separated the protagonist’s journey in the lighthouse to three parts. The chapter ‘Shadows Walked with Me’ aims to depict Candleman’s inflated pride as he approaches the top of the lighthouse. In the previous chapter, ‘An Unwelcoming Welcome’, Candleman arrived the lighthouse which appears cold and indifferent, and overcame difficulties by lighting up the road and persevering. As a result, he gained confidence and pride in believing that he himself could become the lighthouse. The designs about the mirror, candle ghosts and “reverse” candleman (that looks like a little lighthouse) are all attempts to present the idea that the protagonist’s fantasy is an illusion about becoming something that he is not, as well as showing it doing things that are impossible for him to do.

We wanted players to share the sense of struggling and uncertainty as the protagonist was about to arrive the end of the journey. We thought this would create a kind of warning for both Candleman and the player to think about their actions and intentions throughout the game so far. Although Candleman seems able to overcome all the obstacles in front of him, can a candle really become as big and bright as a lighthouse? This part of the story implies the possibility of his failure.

In the following chapter, ‘The Dream at Last’, suggests Candleman chose to believe that he was capable of becoming the lighthouse. He overcame his self-doubt and arrived a seemingly bright and magnificent destination, waiting to be rewarded. 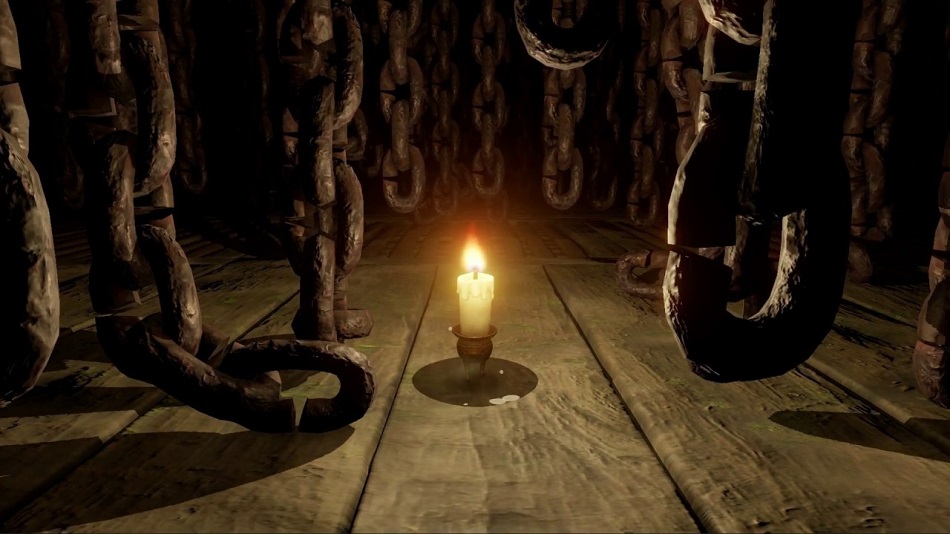 BG: Were there any ideas for levels you didn’t use, or concepts that didn’t end up in the final game?

Yes, there are. For example, we designed gameplay elements like a compass, anchors, flying books for the ship levels and many from other chapters, but they’re not used in the final game.

The compass can be affected and directed by Candleman’s light, which can make the ship’s deck sway from side to side. The feeling of navigating the gravity in the ship is very interesting, but we couldn’t apply this challenge very often in the game as it consumes too much of Candleman’s limited burn time.

The anchors are single (or sets) of huge anchors that are placed above Candleman’s path, and sway from side to side as obstacles that can cause death. They can make the levels in darkness very challenging and exciting to play, but also create lethal difficulties that frustrate a player’s experience, making the game too difficult. We wanted the game to maintain a sense of seriousness by providing a dark, serene ambience and a relatively calm progression, so we decided to minimize the use of direct threats that makes the experience too tense and competitive.

The huge iron platforms that appear in the third chapter of the game are a iteration of the anchors. You can see we kept it to serve as a slow and heavy obstacle that can be utilized in assisting the character sometimes, but we’ve taken away it’s destructive feature. 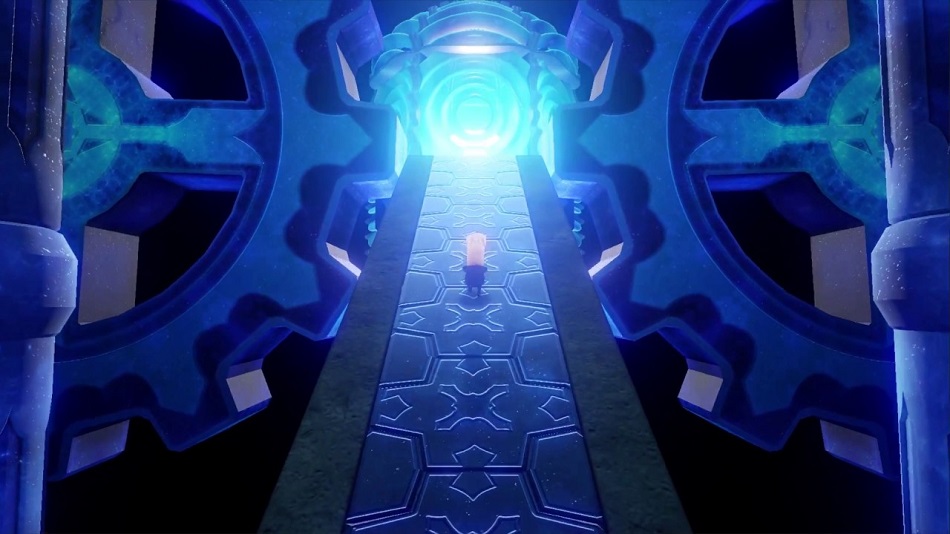 BG: The ending of the adventure was quite a surprise, and fairly shocking for a game that (at first) seems to be a hopeful message about dreams. Why did it end this way, and what was the underlying message you wanted to communicate?

I’m really glad you were interested to knowing the underlying message, as that is really what we hope the narrative experience could echo with our players.

The message we wanted to communicate is the limit of one’s capability. Through the game, we try to work with players in order to tell a story about a little candle who is both ordinary and special, dedicated in trying his best to become a lighthouse. He believes he can achieve his dream by working hard and giving his best. What he didn’t realize is that he can never achieve the height and brightness of the lighthouse no matter how hard he tries, because everyone has their own limit.

It was our intention to create a seemingly hopeful dream which progresses via the confidence and effort of the protagonist. In order to create a sudden peripety when the protagonist finally realizes the limit and flaw of himself, we thought it was necessary to keep this dream hopeful and believable to the player.

I agree the result of the experience may appear to be abrupt and confusing to many players, and I respect the unsatisfied feelings and concerns players had. In hindsight, there may be more appropriate ways to deliver this message, but this is the best we could provide with the range of our knowledge and experience.

[EDIT: A few days after this piece ran, news broke about upcoming DLC which will add new levels and a new, “true” ending to the game. Considering how impactful the first ending was, I’m quite curious to see what new direction this takes. — BG]

Infinite thanks to Max and Spotlightor for taking the time to talk with me about their work. You can learn more about the studio here, and you can find the game on the Xbox One store here.