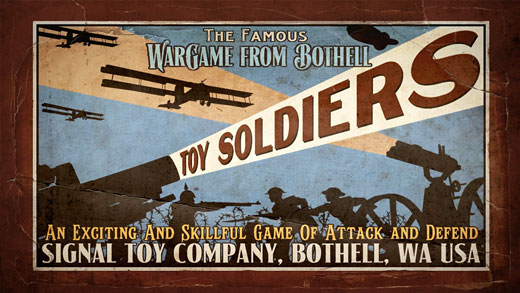 Always one to support smaller development houses and those exploring the downloadable space, I was fortunate enough to get the chance to have a brief exchange with Max Wagner, one of the co-founders of brand-spanking (sort-of) new Signal Studios.

The studio's first game, Toy Soldiers, was just revealed at the most recent Tokyo Game Show and will be leading the assault on Microsoft's Xbox Live Arcade service in the very near future. If the screenshots below are any indication, it's going to be one to watch out for.

So Max, who's behind Signal Studios and how did it come about? What can you tell me about your background, your experience in the industry, and any other vital statistics you'd care to share? 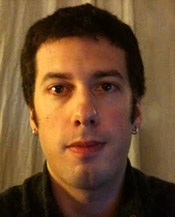 We started up almost two years ago toward the beginning of 2008. The three founders are myself (Max Wagner), D.R. Albright, and Paul Knutzen—we had worked together previously at Snowblind Studios.

We were excited about the prospect of being able to put out something for the downloadable market that looks and feels like a big budget, AAA game, but that has more of a quick, pick up and play feel to it. So XBLA was the perfect fit, as it was coming into its own as a strong platform with an increasingly growing base of games and LIVE users.

We were also attracted to the idea of being able to work with a smaller team with a faster release schedule. We'd all worked at larger studios, and were missing some of the comraderie that comes when you're working in a smaller environment—ultimately we wanted to streamline the process of making a game and cut out a lot of the red tape.

How difficult was it to start your own studio? What's it like, what was involved, and were there any unforeseen pitfalls or problems?

It's definitely one of those things that's easy to underestimate—there are a number of challenges beyond just "making the game"—managing those business responsibilities alongside the game development itself takes a lot more time and effort. That said, we knew what we were getting into, and the reason we did this was because we thought we had some good ideas for how to run a game development studio. I think once Toy Soldiers is released we'll be able to look back and reflect a little more concretely on what we've done right, what we've done wrong, and apply any lessons to future work and projects. 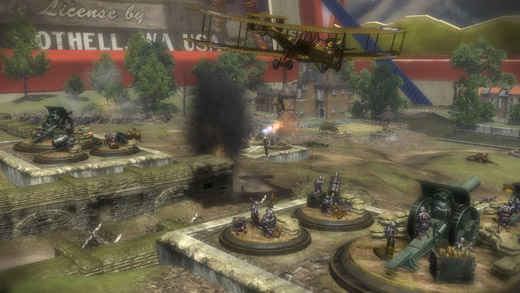 What is Signal's design philosophy, and what are your goals as a studio?

Our design and production philosophy is pretty simple really. We try to avoid flashy marketing terms—right now everyone in the game industry is wild for "scrum," and tomorrow it will probably be something else—we prefer to stick with this thing called "common sense"—but hey people should use whatever's right for their game.

Ultimately the quality of the final product is the most important thing, so we try to take the best path to that end. Our goal is to produce games that are fun and engaging—one of the greatest pleasures of this business is to know you made something that people are out there playing and enjoying. It's simple but that's what it's all about.

Who or what are your biggest influences, and are there any trends or tendencies lately that the studio is consciously trying to stay away from?

It's difficult to limit our influences to just other games or developers. I think it's fair to say that we're influenced by all media—movies, novels, comic books, paintings, graphic art, music… and obviously games as well. We're a fun loving crew, we like to joke around and ultimately a lot of good ideas just come out of that.

We really have a broad range of interests and influences at the studio—I can envision us going on to create a variety of types of games. Right now of course we're really excited about Toy Soldiers—I think it captures our current spirit of just wanting a game that cuts to the chase—no prolonged cut scenes, no overly complicated controls—we just want the player to be able to pick up the controller and immediately have fun and be immersed in the action. Whether you've only got half an hour at the end of the day to sit down and enjoy it, or the better part of a Sunday to play over LIVE with friends—that's where our focus is right now, providing that kind of easy and fun experience. 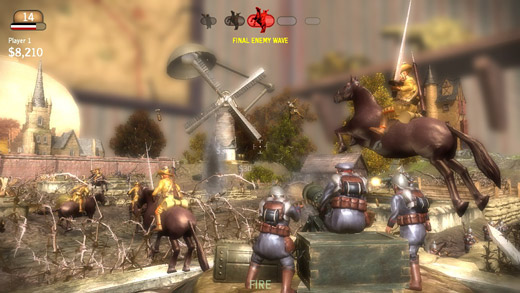 There hasn't been a lot of information about Toy Soldiers so far. You've been flying under the radar, although the official announcement was made at the most recent TGS. Now that the cloak of silence has been discarded, what can you tell us about it?

So there was a bit of confusion with our announce at the Tokyo Game Show—our game was being pitched as Tower Defense. I think everyone that got a chance to preview it was able to see that there was a lot more going on.

The truth of it is that Toy Soldiers was certainly inspired in some ways by Tower Defense gameplay, and players will find familiar elements there—but we wanted to add the kind of immediacy that comes from shooters and action games. Ultimately what came out of this whirlwind process has a little bit of multiple different genres—action, flying, driving, some light strategy, a little tower defense—but really it's more action than anything else. Basically we just think it's fun to blow stuff up—it's like setting up your G.I. Joes and setting off a bunch of firecrackers in the backyard when you were a kid (I'm assuming I wasn't the only one!).

Ultimately the WWI setting really just was a natural fit for the whole thing, and provided a unique setting that a lot of gamers haven't seen that much of. It also provided a lot of really amazing and unique material to draw on for the weapons and vehicles—WWI was sort of this bridge between older style warfare with horses and swords, and the 20th century warfare with early machine guns, heavy artillery, and vehicles. There were a lot of experimental vehicles and weapons that we incorporated into the game.

In the end it makes for some really unique juxtapositions that I think just add to the fun and sense of wonder—there's just a lot of really cool stuff to look at in the game.

Any idea when players can look forward to downloading Toy Soldiers? Also, will it be exclusive to XBLA, or are there other plans for it?

I can't give a concrete date at this point, but I'd keep my eyes peeled for something in the Q1 to Q2 phase of 2010—and yes, this is an XBLA exclusive title.

Infinite thanks to Max Wagner for taking the time, and best wishes to Signal Studios on their upcoming launch!

Looks like an interesting game and WW1 is definitely not the.. ahem… hottest gaming time period right now. Cool stuff!