GameCritics.com recently had the chance for a quick chat with Scott Corley, head of the newly-founded studio, Wideload Shorts. This new dev group is an offshoot of Wideload, the creators of Stubbs the Zombie: Rebel Without a Pulse and current home to Alex Seropian, one of the creators behind the first Halo. The stated goal of Shorts is to design games which are, well… short. 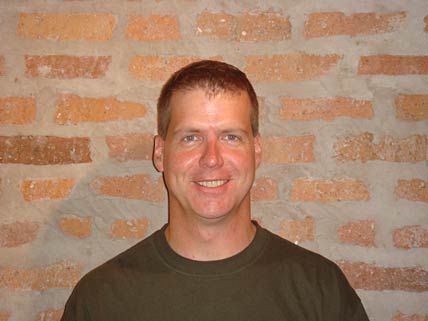 Thanks for taking the time, Scott. So, what was the impetus behind the creation of Shorts?

It was a perfect storm of three things. First, Wideload is a creative company that needed a way to get more ideas made into games. Second, many of us here at Wideload are older, have kids, and playing large-scale games is something that is really outside the realm of our day-to-day lives, but we still want to play. Third, the advent of distribution channels like XLA, WiiWare, and PSN give us a real market for shorter games. If you add it all up, it seemed like too good of an opportunity to pass up.

From an overall Wideload Business perspective, Shorts games help us diversify our portfolio and better manage risk because we can bring more games to market, in shorter periods at significantly smaller budgets. Complimenting Shorts with the existing Console team creates a nice balance that optimizes our company's risk profile.

Who are the people behind Shorts, and what's their background in gaming?

Well, there's me, for starters.. I started in the game industry in 1993, and put out a bunch of titles up until the tail end of the first PlayStation era. The last three major titles I worked on turned out very nice, some of them sold really well, but I was exhausted. I decided I didn't want to spend two years on one game anymore.

So, in 1999, with my career well on its way, I quit, and started goofing around with my wife's Palm Pilot. I wrote some solitaire games for it on a whim, stumbled into a market of people eager for little games that could be played in 5 or 10 minute increments, and spent the next 7 years selling these little games. It was an eye-opener for me, and it helped me look at games from many more angles. I had stepped out of the next-gen vortex and I suddenly saw all of these other possibilities for games that were being ignored.

Then, in 2006, I was chatting with Alex [Seropian- ed.] about what he was doing at Wideload, what I was doing, and the way game distribution was evolving. Wideload was already exploring new territory in games, and I had been outside the claustrophobic feedback loop of the game industry, deep in thought about possibilities for games, and we saw new ground to conquer. Wideload Shorts follows the Wideload model, so our core team is the creative, artistic, and technological backbone, and we hire outside help when needed. Often this allows us to get a specialist in for a particular job on a project, and that can be incredibly helpful. Wideload Shorts is also currently expanding our core team, so we're always looking for people who have great capabilities, people who feel they might be happier and more at home at a place like Wideload Shorts.

The official statement released on Shorts mentions smaller, entertaining game experiences for multiple platforms. Can you elaborate on whether or not you have a general focus on a particular game style? For example, Hail to the Chimp appears to be a multiplayer arena-style project. Will other Shorts games follow in that same general direction?

We have given thought to episodic content, but we're not doing any right now. Episodic games run a bit counter to what we really would like to do. We want to explore a lot of ideas, a lot of game play. An episodic game is appealing to a game player, because it's like going back to McDonald's every day for lunch, you know what you're going to get, but we don't really want to be slinging burgers and offering up fries. We're trying to be that master chef who strikes out and opens a little 20-seat restaurant just so he can explore the culinary fantasies that they would never let him make over at the Radisson.

What other games besides Chimp are in the pipe, and which platforms will you primarily focus on?

Chimp is Wideload's next "retail box" release, and that is going to come out for Xbox 360 and PlayStation 3. On the Shorts side, we have three games that are active right now, one that is scheduled for release in late 2007, and two that are in design and prototype phases. Wideload Shorts is focused on a variety of platforms… as long as we can make our games available for download, we're there. We really like to eliminate the whole retail chain of putting the bits on a disc and shipping them in a box, because it's not needed for our games, and it just gets in the way.

Are there any games past or present that you would hold up as good examples of the kind of ideal that Shorts is aiming for? Additionally, how did the experience of creating Stubbs the Zombie influence current game development for Shorts, if at all?

Well, I won't really call out any of our specific influences, since that would lead everyone down a path of speculation that won't be quite correct.

But, when we are evaluating ideas, we look at things that are intrinsically fun. We think a lot about what you actually do in the game, what parts of your mind are engaged while you're playing, whether the game is visually engaging and whether or not your participation as a player keeps your brain sufficiently intrigued to keep playing. We really like games that take a simple hook and unfold into very rich gameplay. There are a lot of games like that out there, but I'll leave it to you to guess which ones are our favorites.

I would say that the main thing Stubbs did for us was that it gave Wideload the confidence to do what we think is right. There are a lot of stories about people outside of Wideload who thought the Stubbs project should not venture too far outside of the accepted norm in games. And in retrospect, those people were so, so wrong. And every day, we talk to people whose minds are completely run by years of market analysis, and we just don't want to be around that. We see a lot of companies looking backwards to see where they should go next. If you do that, you never see the new paths that are unfolding right in front of you.

Of course, 9 out of 10 of those new paths lead to dens of voracious wild dogs, so always wear good running shoes.