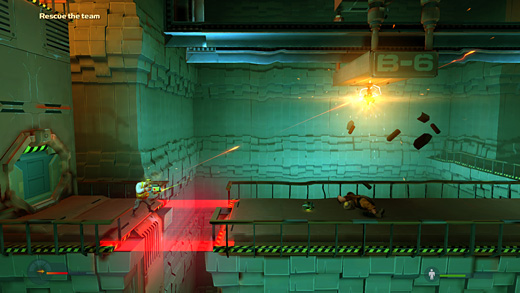 So, let me guess… You haven't played Rochard

yet. In fact, there's probably a pretty good chance you haven't even heard of it—and that's a damned shame, since it's one of the best download-only titles I've played all year.

I talked about it quite a bit via Twitter and I gave it an absolutely glowing review, but a game like this deserves more. So, in my pursuit of fighting the good fight, I'd like to present this brief interview I was fortunate enough to have with the Lead Level Designer of Rochard, Samuli Viikinen.

So Samuli, Rochard is Recoil's first title… What can you tell us about the team that put it together? Who are the people of Recoil Games?

Recoil Games is led by Samuli Syvähuoko, who in the past has been involved in creation of such companies as Remedy Entertainment, Futuremark and Fathammer. The Rochard project was directed by Kalle Kaivola, our producer who previously worked in press and TV, and Creative Director Burt Kane of Futuremark fame. Most of the remaining team members have backgrounds in many leading Finnish game development studios, including Remedy, Bugbear, Farmind, Housemarque and Frozenbyte.

Sony's ads on PSN have described Rochard as an "anti-hero". Personally, I don't see how the term fits. He's an unlikely hero perhaps, but not an anti-hero. How do you feel about this ad campaign?

We decided to play a bit with the words when making this ad. John Rochard is not your usual hero, he is your ordinary guy in an extraordinary situation. His daily work around anti-gravity machines oppose his down-to-earth character. Just like his appearance might oppose many people's perception of the mighty hero that sets out to face the gravest threats in order to protect the people he cares for.

In the gaming world of space marines and elite warriors, John represents very much the polar opposite by remaining a regular, chubby dude. He's the antithesis to pop culture's portrayal of heroism, hence his anti-hero title. 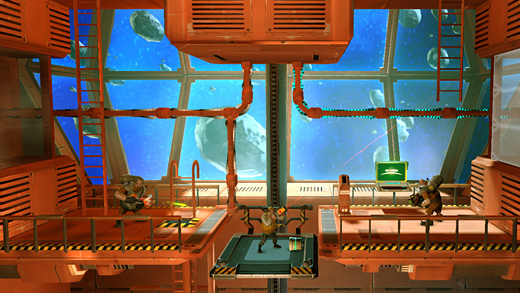 John Rochard seems to be a person of Southern US origin. How did your team come to choose this characterization, and how did you (since you're based in Finland) characterize him in your own country? Is he still Southern to Finnish gamers?

Finland is such a northern country (no, there are no polar bears walking around) that we wanted to contradict that with something that is very far from us, but still similar in a sense. Only a few decades ago Finland was heavily dependent on agriculture just as the southern US states, and we wanted to pay homage to that.

Some people have described Rochard as being similar to Shadow Complex in some ways. Do you think that's fair?

There are some similarities, yes. Both games are basically side-scrollers in 3D environments and feature quite a bit of action and platforming. On the other hand there are major differences in gameplay, Shadow Complex emphasizes the exploration factor while Rochard is very puzzle oriented. Also the tone of the narration is very different between the two games, Rochard being much more lighthearted and comedic.

Most of the guards have a very effeminate voice, and talk about getting pedicures and such. What's behind this, or where did these characterizations come from?

These guys are very passionate about their personal well being and care highly for their appearance, but have taken a bit of an over-the-top turn for the effeminate at that. It's a bit of a jab at the artificially caring environment instated in over-managed work environments. Another take on not creating the standard burly video game characters, but trying to reach for something very different instead. Obviously they are a comic relief, and should be treated as such. 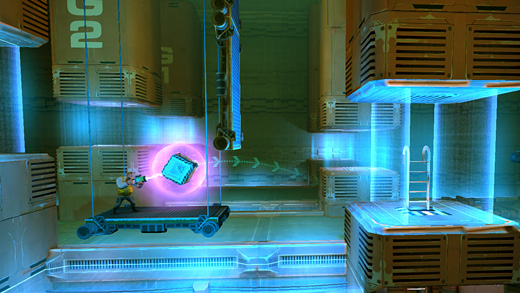 What's next for Recoil Games? I've heard talk of Earth No More, and I'm sure Rochard 2 must be in the works… Please tell us what we can look forward to next!

We are not working on Earth No More at the moment, our main focus is on expanding Rochard intellectual property. Rochard's story was designed to span through multiple games right from the start, so a sequel is something we would very much like to create. We are also considering various completely new game franchises, so there are many exciting things coming from Recoil Games, stay tuned!

Open mic—Your chance to say anything you'd like to the people reading this interview. Go!

It has been really exciting and fun to work on Rochard

, we are extremely pleased with the end result and really hope you enjoy it as well. Thank you for your time!

Infinite thanks to Samuli Viikinen,  Tommaso De Benetti (who helped facilitate the interview) and the rest of Recoil. For more information about the studio, you can check out their website. As for Rochard, it's available for download via PSN right now, so do yourself a favor, be one of the cool kids, and check it out!