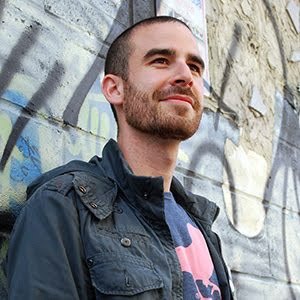 For those of you who've been paying attention to the puzzle genre lately, you may have been hearing the name "Capy" popping up lately, and for good reason. Nathan Vella, co-founder and president of Capybara Games and his team have crafted some strong titles worthy of attention, and they've got more in the pipe sure to make a splash.

I recently had the opportunity to ask Nathan a few questions about their current smash Critter Crunch, the studio and more. Here's what he had to say.

Hi Nathan, thanks very much for taking the time. To start off, what should people know about Capybara Games (and how did you pick the name?)

Capy started out of the Toronto IGDA, and spent years toiling in the realm of cell phone gaming. Although in hindsight it wasn't the best platform, we were just so excited to be making games that it didn't matter to us. Once that excitement wore off, we decided it was time to make games for gamers, and managed to almost simultaneously convince SCEA to let us bring Critter Crunch to PlayStation Network and Ubisoft to let us develop Might & Magic: Clash of Heroes. It's been more than 5 years, at least 7 of our 9 lives, and some crazy stress-related health-issues… but it's also been the best thing ever.

As for the name "Capybara Games", the short version of the story is that, with a big group of founders, agreeing on a name was impossible. So we decided to vote, and via the democratic process we chose to name our studio after the world's largest rodent. Thankfully it was a better name than some of the other (god-awful) suggestions.

How big is your team, and what are their backgrounds?

Capy is over 20 people now… and every time I say/write "over 20 people" it sounds quite huge. We've got fairly large art & programming teams, an audio director, a couple producers, a small but insane design team, a writer and so on.

We have people with crazily different backgrounds, from biological engineering, to television, to sweeping floors in a warehouse. I think the one thing that brought us all together was the desire to actually make games, rather than to just be a cog in the wheel of someone else's game. 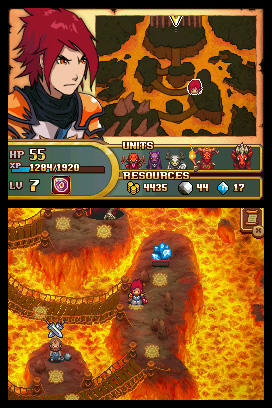 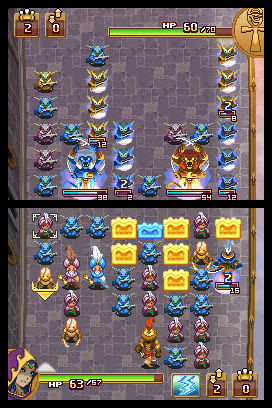 There are a lot of me-too puzzle games available today, but Critter Crunch stood out as being a new twist on expected formulas. How did you come up with the concept and mechanics?

Our creative director Kris Piotrowski pitched us the idea for Critter Crunch one day—I believe he was hooked on Meteos at the time (though, technically, when are we all not hooked on Meteos?). We had a pitch meeting, and he broke down the core concept for Critter Crunch basically as it appears in the game now. Once we started working on it we ironed out a lot of details—chaining, combos and the like—but Kris' core concept was sound from the get-go.

Two of the most important factors in Kris' core concept were: you control an actual character (with personality), and the puzzle mechanic is entirely based on feeding/eating. From there, it was just baby-steps to Biggs, Krunchatoa and barfing into your son's mouth.

Were there aspects of the game that didn't make it to the final version? Anything left on the cutting-room floor?

We had a bunch of critter concepts that didn't make it. We actually had a fully implemented Zombie critter that only ate poisoned critters… but it kinda just sucked. No matter what we did with it, the game was less fun with the Zombie. So we nixed it and were better for it. There were a few other really different critters as well, but we always wanted to make sure the game was tight, and even as it stands now there are a lot of different critters in the game.

When SCEA got behind Critter Crunch, we took the iPhone version and scrapped all of it. Sure, we kept all the gameplay, the scoring system, the feel… but we knew we had to make every element of the game as tight as possible for the PlayStation Network crowd. We redid how critters pop so you could add critters to chains mid-pop (something that was impossible on iPhone). We also had to make all the logic work online, which necessitated a lot of rejiggering. All in all, Critter Crunch on PSN is Critter Crunch as we always wanted to make it.

Taking Critter Crunch to other platforms is something we're definitely interested in, and looking into. We actually love Critter Crunch, and had a freaking blast making it, so bringing it to other platforms is not out of the question. However, right now we are busting our asses on new projects including Heartbeat for Wiiware and our collaboration with pixel-genius Superbrothers and music-genius Jim Guthrie called Superbrothers: Sword & Sworcery EP for iPhone/iPod Touch, as well as something else we can't talk about. With all that going on, you can understand that we've got our hands full. Technically, we have our hands overflowing. We'll be revisiting Critter Crunch once things die down just a little. 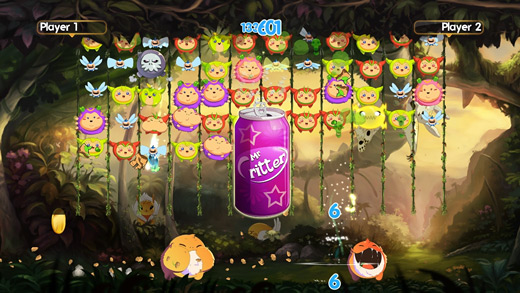 Now that you've had time to get more feedback on Critter Crunch, is there anything about it that you'd change or do differently?

I definitely think we made the game a little too hard near the end (something you pointed out in your review, as did others). While many people enjoyed it getting super-tough, others didn't enjoy it so much. We've addressed this in the patch that should be out anytime now. In the end, we love our games hard, but we're not afraid to correct it if we go a little too far : )

I also think that, with more time, we could have found some way to incorporate pooping into the game. We had limited time and chose to go with barfing, but I guess we can save that in case we ever get the chance to do a sequel.

Can you tellus a little more about the projects you mentioned in the pipe?

As I mentioned earlier, we're working on a bunch of stuff that we're insanely excited about.

Heartbeat is a wiiware game being developed by a small team at Capy, and although there hasn't been anything much in the way of news about it, that will all change soon enough. It is definitely far from anything we've done in 2009, and has a distinct music focus.

In terms of Superbrothers: Sword & Sworcery EP, it is Capy's return to iPhone after a long hiatus, and I can't think of a better way to do it than with Superbrothers and Jim Guthrie. S&S is definitely unlike anything on iPhone right now, and we're working to make it a feast for the eyes, ears and fingers.

On top of that, we have some rad stuff that if I talked about, I would be killed. So, all in all, we're so swamped with amazing projects that most of us skip lunch, dinner and sleeping.

Infinite thanks to Nathan Vella and the rest of Capybara. These folks are certainly a studio to keep an eye on, and for those who'd like more information, visit their website. Also, make sure to check out both Critter Crunch (PSN/iPhone) and Might & Magic: Clash of Heroes (DS) – Both are excellent titles that have earned my personal seal of approval, and they're well worth the price of purchase.

Just like to say that I love their Might and Magic: Clash of Heroes. Would’ve been great if they could make a PSP port of Critter Crunch. Looking forward to their wiiware title too.

Just wanted to say great interview, and great choice of interviewee (is that a word?). I look forward to their next project, particularly on PS3.