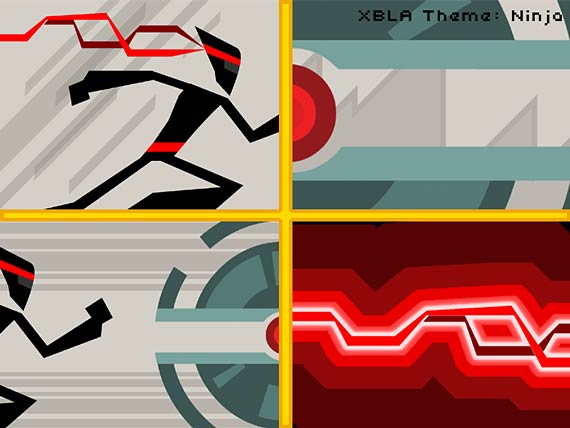 In September 2007, GameCritics.com interviewed Mare Sheppard, one of the two great minds behind PC indie game phenomenon N and its newer incarnation on consoles and handhelds, N+. At the time of the original interview, N+ hadn't yet made its debut on Microsoft's Xbox Live Arcade service. Now that it's available for download, Mare was gracious enough to take a few more minutes out of her busy schedule for a follow-up chat.

Thanks for speaking to us again, Mare. How have things been going for MetaNet since we talked last September?

Things are going well, here at Metanet. We had originally intended for N+ to be released in December, but then we failed Cert, so that dream died. ; ) However, we've since decided that N+'s XBLA release in February was actually great since it meant we weren't competing with dozens of huge titles. We were so happy to finally be finished, and are absolutely thrilled with the reception so far. It's been surprising, validating, and overall wonderful.

At the time of our first interview, N+ hadn't yet been released. Since then, it's become available on Microsoft's Live service as a download. On your blog, you've mentioned that you feel the Live version is a positive evolution of the Flash original… now that it's been out for a little while, do you still feel the same way, and what, if anything would you change about it?

If we can do a Title Update, we have a long list of things to change : ) but they're mostly bugs and little touches like that—The game interface, gameplay and graphics are all exactly as we'd hoped, and we wouldn't change a thing! We're super pleased with how N+ XBLA came out. People seem to be enjoying it too, which is amazing. We're so happy people gave it a chance!

How has N+ been doing on Live? Has N+ been able to make itself known amidst all the less-than-top-quality experiences clogging the online store? What kind of feedback in terms of difficulty or otherwise have you received, and are you privy to information collected through Live? If so, what have you learned?

Thanks to sites such as vgchartz.com, we are given the opportunity to see and surmise how N+ is doing alongside competing titles. It is fantastic to have this opportunity, even though the numbers might not be 100% accurate, just because in order to assess your own success, it is necessary to have benchmarks! We think N+ is doing amazingly well. It sold 50 000 copies in the first few weeks, and has since gone on to reach almost 85 000 copies sold.

Our "if we sell this many copies, we can feel it wasn't a complete failure" number was 50,000, so N+ has far surpassed our goals, and we are so pleased with that. The whole team, at Slick, at Microsoft, at VMC, at SDL, and here at Metanet, have so much to be proud of.

We're so happy that people are giving it a shot, and furthermore, enjoying the game! We tried hard to make a good demo that really gives a sense of what the game is like, and by most accounts, we've done a good job—that's one of the things we enjoy the most about XBLA, as we've enjoyed with Shareware on PC—the ability to try before you buy. It really lets you know if a game is worth your money or not, which we have always appreciated.

So, do you mean that Microsoft doesn't provide any data on game downloads to you directly? I would imagine that they'd be able to funnel all sorts of information like demographics of the purchasers, how long they're playing, and so on… is this not the case?

No, they do provide detailed info on your game—quarterly, as we understand it. [the stats had not been received  as of the time this interview occurred – ed.] 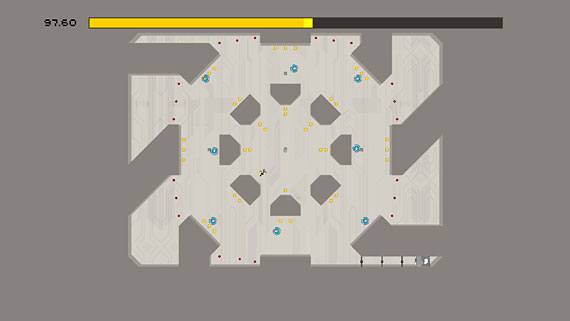 After having gone through the majority of N+ on the 360, I have to say that while the bulk of the game is an absolute blast, there are times when the difficulty is pretty extreme; sadistic, even. As one of the creators, can you go through each level with mad skillz, or are there certain sections where you yourself think "Gee, we may have crossed the line on this one?"

Actually that happened when we were adding levels from original N for DLC2. We can't understand how anyone ever enjoyed N—it's way too hard, and super frustrating! While testing the levels, our (frequent) deaths were accompanied by mournful cries of "why?! WHY!?! What were we thinking?!"

We are able to beat all the levels in N+ (and N too, somehow)—we've probably played through the whole game at least a dozen times—but there are still one or two which we can get stuck on for half an hour or so. When we're making levels, any sadistic impulses are usually tempered by the knowledge that we're going to have to beat the level again and again during testing ; )

You'll be glad to hear that the first DLC level pack is "easier SP" (and not-easier co-op.) We realized that some people just liked the less stressful levels where they could run around and enjoy the feeling of movement without having rockets on their tail. They do get harder near the end, but we did our best to make sure that no one would get stuck on any of the levels.

Speaking of rockets vs. no rockets, the level editor that's included is excellent; it's straightforward, easy to use, and anyone can produce substantial results in just minutes. I love it. However, there's no option to upload user-created levels, or download new ones from other players. What happened to this feature?

Thanks! Yes, open level sharing was the original plan, but alas, it was not to be. That was something that we were forced to disable because of abuse of that sort of system by users of Forza. Microsoft has assured us they're working on finding a solution, to allow them to police the leaderboards and delete offensive content, but until they have that in place, we are restricted from allowing users to freely share content. Hopefully they'll get this done soon, and we can do a Title Update and re-enable this feature!

It's one of the most lamented things missing in N+—so many people can see the value in sharing user created content, and we would love to be able to give them that ability in N+.

Are there any timelines for new official downloads, and what are the specific plans for further expansions to N+? Any Wii or PS3 versions in the works?

Right now, we're finishing up the DLC level packs—we're planning three packs of about 200 levels each:

The packs will also contain some other fun surprises we think fans will enjoy, and should be around 200 points each.

There's a two-year exclusivity clause on our contract with Microsoft, so we're not able to do a Wii or PS3 version until then. And by that time, will people still want more N+ ? It might be better to do something awesome with our new game, we're thinking…

Along the same lines, how are the PSP and DS versions of the game faring? The current release date for both is sometime in July, so is the process just that much more arduous for a retail-shelf product, have there been other technical issues, or is it just a retail scheduling issue?

They're coming along. The delayed release date could be an excellent opportunity for the developer to add the polish and panache the game needs!  We're hoping there's some time to really get nit-picky! ; )

Although I'm sure you've been quite busy with N+, what's the current thinking and status on your next game, Robotology, and where is MetaNet headed next in its quest for world domination?

It's awesome, we're almost able to get back to work on Robotology. We just need to finish these N+ XBLA level packs and finish up testing N+ DS/PSP, and then we're set! We cannot wait to get back to work on it—it's going to be amazing. Plus, you're right, we really need to get cracking on that world domination thing!

Thanks very much for speaking with us, Mare. We look forward to seeing N+ find success on every platform on the market.

For readers wanting more from Mare or another dose of N-ness, check out the MetaNet blog and tell them GameCritics.com sent you.